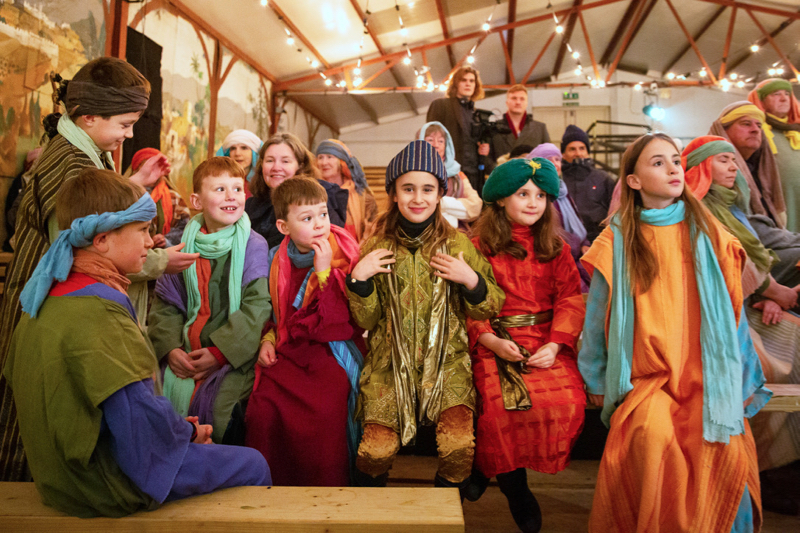 'Refugees Welcome' is gathering new life, in Catholic and other churches, as well as in the work of artists such as Banksy 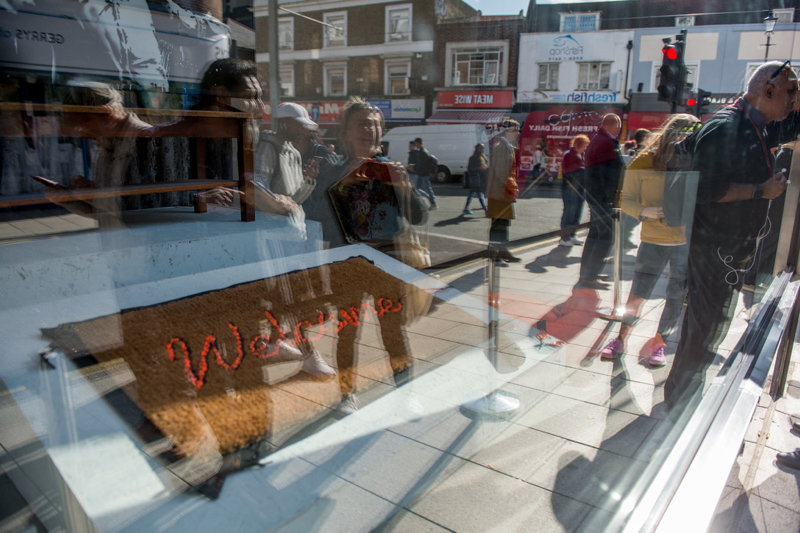 The number of Catholic families and parishes welcoming refugees and asylum seekers into their communities has grown substantially.

Charities report the number has risen by almost a quarter since April, and many are now preparing to celebrate Christmas together.

Caritas, the Church’s social action arm, told The Tablet there are currently 65 Catholic led-projects either already hosting or eager to take part in the Government’s Syrian Resettlement Programme, an increase of 15 since April. Some 23 of the groups have already welcomed families while many more will do so over the next few months.

Caritas in the Diocese of Salford was among the first communities to welcome a family via the Government’s programme, taking in their first sponsored family in 2016. Every year, Caritas holds a Christmas party at its day centre. Mark Wiggin, the Chief Executive of Caritas Salford, said: “Our day centre will be open on Christmas day for a meal and we expect to host anywhere between 50-100 refugees.  Last year, we had a great response from our friends in the Jewish community who volunteered to drive people to us on Christmas. One drove a refugee 30 miles to spend Christmas day at my house last year.”

Throughout the year Caritas Salford organises "Refugee Dine with Me" evenings where members of the community are invited to share a meal and life experiences with the diocese’s refugees. The group’s day centre offers English classes and a community meal to 150 refugees and asylum seekers four evenings a week. Mr Wiggin said: “One thing we’re really proud of is helping many refugees into employment. We’re delighted to have helped many doctors and nurses re-enter the workforce as part of the NHS.”

He said that the resettlement scheme has demonstrated how much skill and talent there is in Catholic parishes: "There are so many people who are willing to come forward and offer their skills and I’ve been so impressed by everyone.

“We’ve found many people in Syria have their extended family as their basis of support and when families come here, they don’t have it. We’re not trying to replace their family, but we try to give a lot of support they miss from home.”

Caritas Salford also reaches out to asylum seekers are not eligible for resettlement through the government scheme and has beds including 20 in onsite Portacabins that serve as emergency accommodation for those who are destitute. According to JRS UK, in 2018 up to half of all refugees – 47 per cent – did not have a regular place to sleep.

One host couple from Greater London, who cannot be named to protect the anonymity of their guest, who have been part of the JRS’ At Home Scheme since 2017, looked forward to spending Christmas with their guest.

“We’re looking forward to the food. Our guest is very jolly so he’ll be keen to spend time in the kitchen, chopping and helping out.

“Christmas is a time of giving and festivity but often the preparations can be caught up in material ‘things’ and consumerism. Our guest reminds us of the true meaning of Christmas; he treads on the Earth very lightly and he is somebody who ‘lives in the day’.

“The overriding thing with our current guest is that he is such a good-humoured person and a real presence of ‘light’ in our home. He is very welcome. I know he would lighten and lift the atmosphere and would be a nice person to have around on Christmas day.

“I expect he would spend time bonding with my two sons over their love of football, as he is a staunch Manchester United supporter.”

The Newcastle Justice and Peace Project in the Diocese of Hexham and Newcastle, provides food parcels, clothing and English classes for asylum seekers. It offers £25 per month to those who have been rendered destitute. The donations primarily come from Catholic parishes in the diocese. John Dowling, the volunteer manager, said the project has seen a “huge rise” in clients in the last few years. He said: “We currently have 350 active clients and at a last count we had clients from 57 different nationalities.”

One possible reason for the increase in asylum seekers in the North East is because of cheap housing. In 2017, a Guardian report found that there are more than five times as many destitute asylum seekers in the poorest third of the country than the richest. Clients are often moved on at short notice and one of the most common requests at the project is for a big suitcase.

Mr Dowling said: “We are a shrinking community and food banks are thriving.” This can mean the project struggles for donations, but he said he is grateful for the increase in dedicated volunteers who now number 50. He added: “Our clients are very grateful for the help. I find them very mentally robust and in good spirits.”