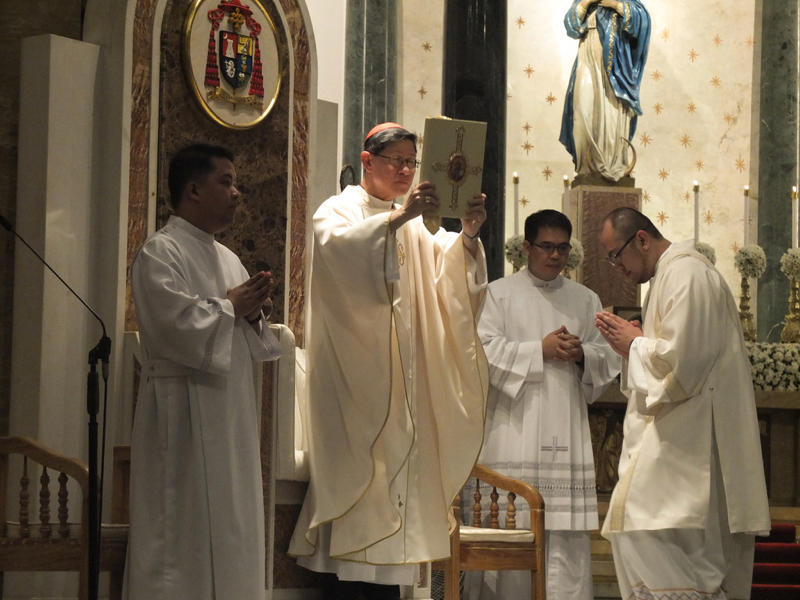 Why Tagle is the Pope's new hero of the East 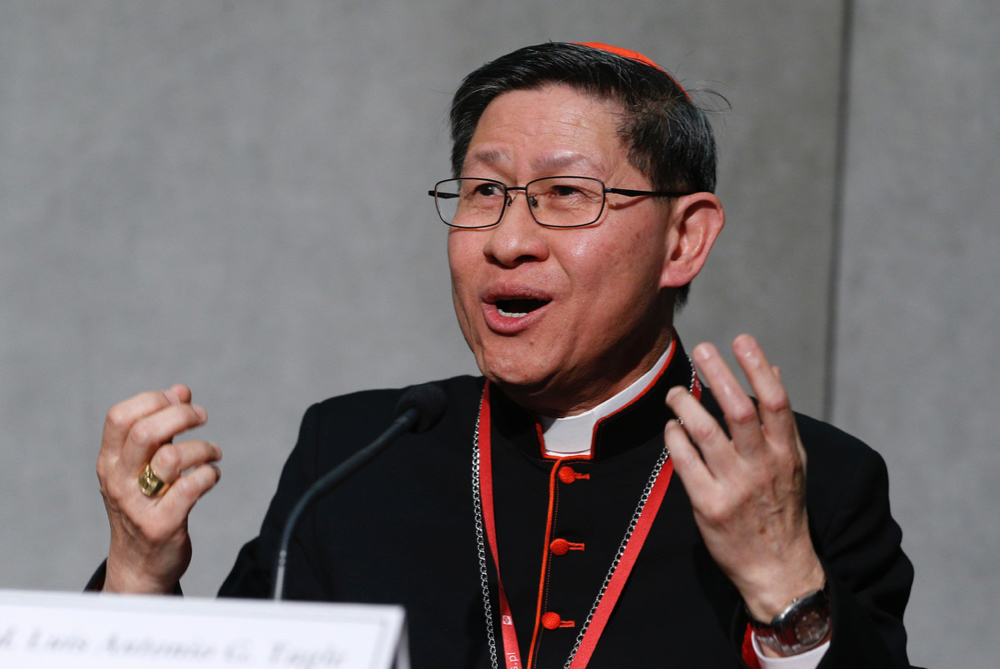 With a single appointment, Pope Francis has arguably carried out one of the most significant moves of his pontificate.

The Pope’s choice of Cardinal Luis Antonio Tagle to lead the Congregation for the Evangelisation of Peoples is a bold decision aimed at solidifying his legacy of putting the Church into a permanent state of mission, with eyes firmly set on the East.

Cardinal Tagle, 62, the charismatic Archbishop of Manila, a sprawling archdiocese in the Philippines, will take over the 400-year-old Roman Curial office which has responsibility for much of the Church’s work in Africa, Asia and Oceania. With its headquarters near Rome’s Spanish Steps, hefty resources and power to appoint bishops, the department known as “Propaganda Fide” is something of an empire. The prefect is known as the “Papa Rosso” (“The Red Pope”).

But why does this appointment matter? Here are three keys to understanding the significance of Francis’ decision.

The first is that it cements Cardinal Tagle as "papabile", a strong contender to succeed a Pope who turns 83 later this month. Known as the “Asian Francis”, the Filipino prelate is passionate about the agenda of this pontificate, speaking out for migrants and refugees and trying to implement the Gospel of the Poor in his role as President of Caritas, the Church’s charitable arm. A passionate communicator, Cardinal Tagle has hosted hour-long television programmes in the Philippines on the Bible and questions of faith. He comes over as humble and joyful, and regularly tears up when talking about the suffering of people he has encountered through his ministry. With “the grace of tears”, Tagle is able to connect with people.

The cardinal is also a  student of the 1962-65 Second Vatican Council, studying for his doctorate on a history of the council under Fr Joseph Komonchak at the Catholic University of America in Washington. It is Vatican II, after all, which this Pope says he is trying to implement.

Like Francis, the Filipino prelate is a Roman “outsider” having never studied or worked in the Eternal City until now. The decision to give him one of Rome’s biggest jobs is a way of testing the cardinal’s mettle ahead of a future conclave. One of the reservations some have about Cardinal Tagle’s candidacy is whether he is robust and savvy enough to handle the brutal politics of the Roman Curia. Working at Propaganda Fide will be a chance to see how he fares.

The second key is that the appointment places Rome onto a solid missionary footing and is part of the Pope’s ongoing reform of the Vatican. The congregation which Cardinal Tagle leads oversees the Church of the future where the flock is growing rapidly. It is also set to become a "super dicastery" for evangelisation in the restructuring of the Roman Curia the Pope is poised to announce. Draft versions of Francis’ new apostolic constitution for the curia will see Propaganda Fide merge with the Pontifical Council for Promoting the New Evangelisation.

Cardinal Tagle is on course to occupy the second most important position in Rome as his department seeks to implement Francis’ desire for a Roman Curia to be at the service of evangelisation.

But this requires a new mentality. Rome can no longer see itself, and Europe, as at the centre of Christianity. It is tasked with serving the growing missionary churches. Propaganda Fide, some in Rome argue, has been one of the slowest to adopt this vision, and to adopt the reforms of the Second Vatican Council which sought to give a voice to local churches and bishops.

Tagle takes over from Cardinal Fernando Filoni, 73, who has been in charge since 2011 and now becomes Grand Master of the Equestrian Order of the Holy Sepulchre of Jerusalem (the current Grand Master, Cardinal Edwin O’Brien has reached the retirement age of 80). Cardinal Filoni is a career diplomat who showed remarkable bravery when, as papal ambassador to Iraq, he stayed put in Baghdad as the bombs fell during the 2003 war. But he is also a firm fixture of the Curial old guard; a micromanager who sources say has been resistant to reform.

Francis does not see evangelisation working through top-down edicts, but by a Church fanning the flames of faith on the peripheries. The curia is tasked with co-ordinating and sharing the global Church’s experience. The choice of a cardinal from the Philippines, who is a student of Vatican II, to lead the Vatican's evangelisation department tries to put this vision into reality.

The third key to understanding the significance of the Tagle appointment is what it means for the Church’s shift to Asia.

The cardinal, who explained to The Tablet in 2017 that his maternal grandfather was Chinese, is the second Asian to hold his new post. The first was Cardinal Ivan Dias from India, who served from 2006-2011.

Francis’ is focusing much of his missionary work on Asia, the continent where two-thirds of the world’s population lives, and where he has visited four times. Last month the Pope travelled to Thailand and Japan, and he’s expected to make another Asian trip next year. The Pope believes the Church’s future rests on sowing the seeds of the gospel in the East.

Meanwhile, Asian countries are increasingly providing the candidates for global leadership roles in the Church. Earlier this year, the Dominican order chose Fr Gerard Timoner from the Philippines, as their new leader, the first ever from Asia.

“It is clear that the origins of both men and women general superiors, who are from non-European and non-Western continents, is more and more becoming a reality. And this is good news that makes us happy,” the Pope said in “The Strength of a Vocation”, a book-length interview with Spanish Claretian priest Fr Fernando Prado, whose order is led by an Indian superior-general. “As time goes by, this change of the face of the Church is more and more visible, a fruit of its history and the marvel of evangelisation.”

Francis argued that the “clear phenomenon of a ‘de-Europeanisation’ of the Church” is starting to “bear fruits in strong local churches.”

He explained: “India is one example of this, even with its own concrete theology. In Asia, we see the beginning of a strong theological thinking. The Philippines are also a clear example of how this is coming to be.”

During a 3 December Mass, the Pope talked about the spirit working through small actions. He celebrated this Mass on the feast day of St Francis Xavier, the great Jesuit missionary, who took the Gospel to the far east.

With a single appointment, the Jesuit Pope is seeking to follow the example of his past confreres, who believed that by having the courage to take the small steps, great things can be achieved.