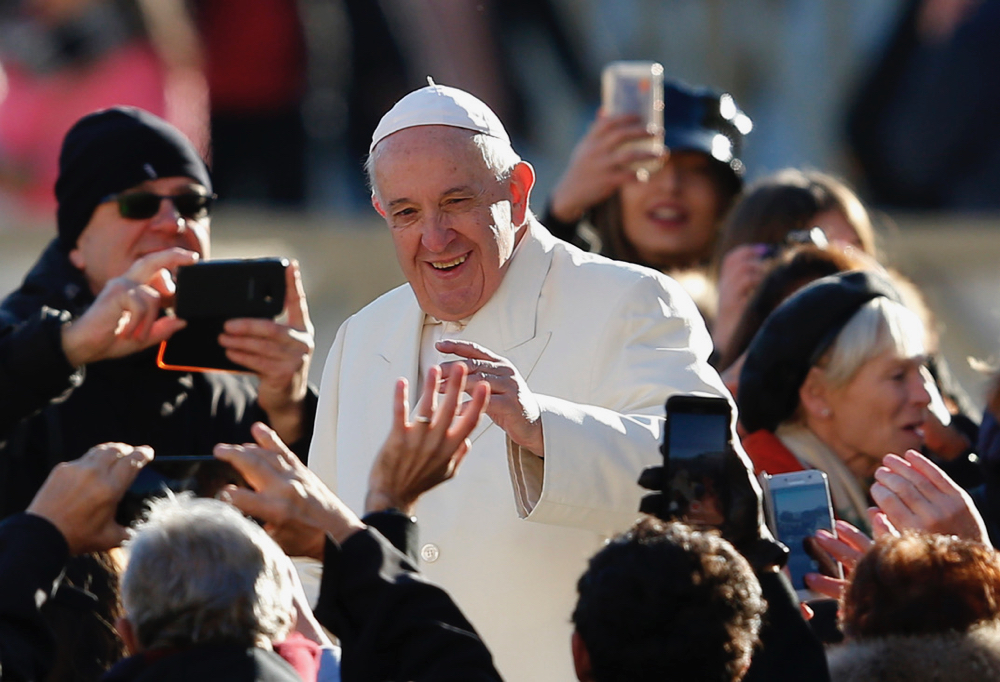 Trust in Christ, not in magic, says Pope 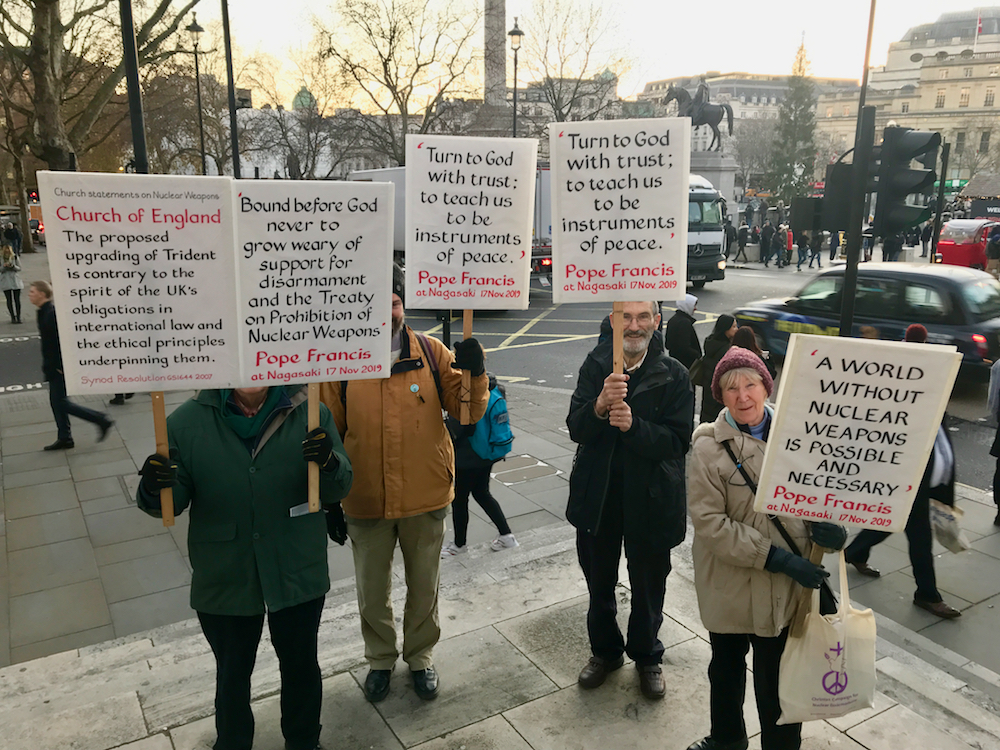 Christian CND gathered at St Martin-in-the-Fields on Tuesday 3 December to pray for peace around the world, ahead of joining a demonstration against NATO called by CND.
Christian CND

The Christian Campaign for Nuclear Disarmament has increased membership this year to more than 400, against a backdrop of increased global tension. In its annual report the group said “conflict has been close on a number of occasions” in 2019.

Christian CND remains focused on its campaign to encourage more nations to sign the Treaty on the Prohibition of Nuclear Weapons. The Treaty is the first legally binding international agreement to prohibit nuclear weapons. As of December 2019, 80 countries have signed the Treaty but just 34 have ratified it. No NATO country has yet signed the agreement.

On December 3, Christian CND gathered at St-Martin-in-the-Fields church for prayer and reflection before joining the demonstration against NATO and Donald Trump’s visit in Trafalgar Square. Christian CND members prayed for the leaders taking part in the NATO summit and asked that all nuclear-armed states around the world sign the Treaty. Some members used quotes from Pope Francis on their banners.

Pope Francis’s stance on nuclear weapons has differed from previous Catholic Church teachings that advocated deterrence. On his papal visit to Japan in November, Pope Francis visited the site of the atomic attack in Hiroshima and spoke to a large crowd in Nagasaki. He said: “One of the deepest longings of the human heart is for security, peace and stability. The possession of nuclear and other weapons of mass destruction is not the answer to this desire; indeed, they seem always to thwart it. Peace and international stability are incompatible with attempts to build upon the fear of mutual destruction or the threat of total annihilation.”

Bruce Kent, a former priest and the vice-president of Christian CND, told the Tablet earlier this year that Pope Francis’s speech should “put an end to the ambiguity, coming from the bishops of nuclear armed states about nuclear deterrence. The very possession of nuclear weapons, as well as the threat of their use, is to be firmly condemned.”

In May, Kent joined a Christian CND protest outside Westminster Abbey, where a mass was held to celebrate 50 years of Britain having nuclear weapons at sea. He joined 200 demonstrators who gathered outside for an alternative service of repentance for British possession of nuclear weapons. Kent wrote in the Independent, that: “The Abbey has got this very wrong. These submarines are nuclear weapon submarines. A thanksgiving service at Westminster Abbey for the so-called ‘nuclear deterrent’ is the last thing we need.”

Amid increased global tension in spring 2019, the Christian CND took part in the UN Non-Proliferation Treaty conference in New York. It met with African delegates and members of the Interfaith Campaign to Abolish Nuclear Weapons to discuss the Treaty. Patricia Pulham, a member of the Christian CND executive committee, presented the International Interfaith Statement at the daily interfaith vigil during the meeting.

Christian CND’s international cooperation is integral to its work. In January 2020, the group will welcome a delegation from a Christian community in South Korea. The Bargn Nuri community work for peace in the Korean peninsula. Bargn Nuri translates as ‘bright world’ and was started in 1991 by a group of Christian college students seeking a lifelong commitment to God. The community will tell CCNS about its work to bring harmony and collaboration between North and South Korea.

The Christian CND continues to pray for more signatories to the Treaty for Nuclear Disarmament and hopes to welcome more members to its movement in 2020.