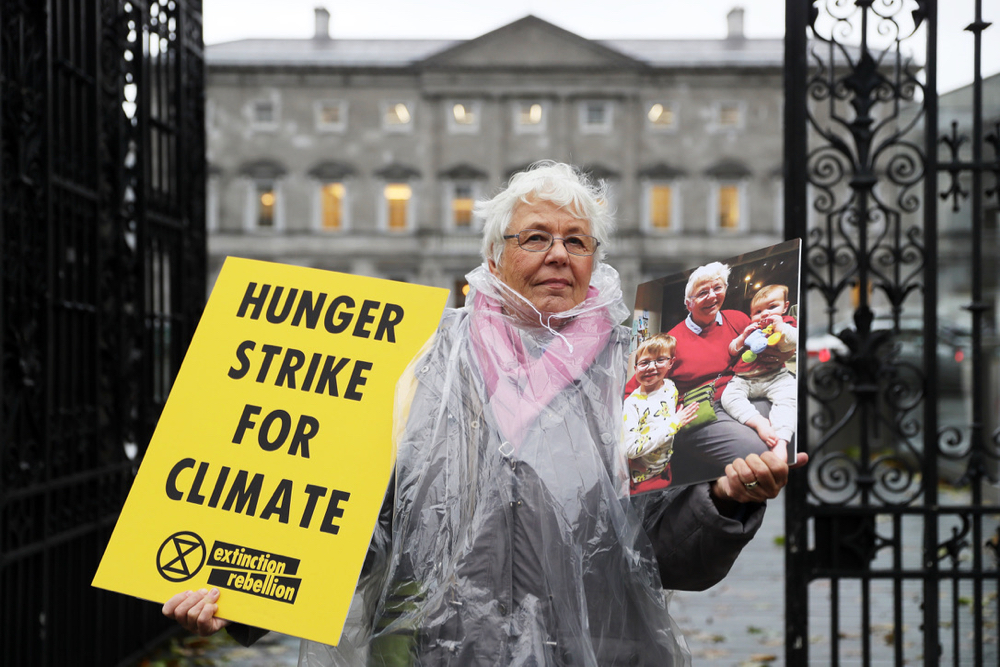 The Chaldean Patriarch has praised the actions of protesters in Iraq. 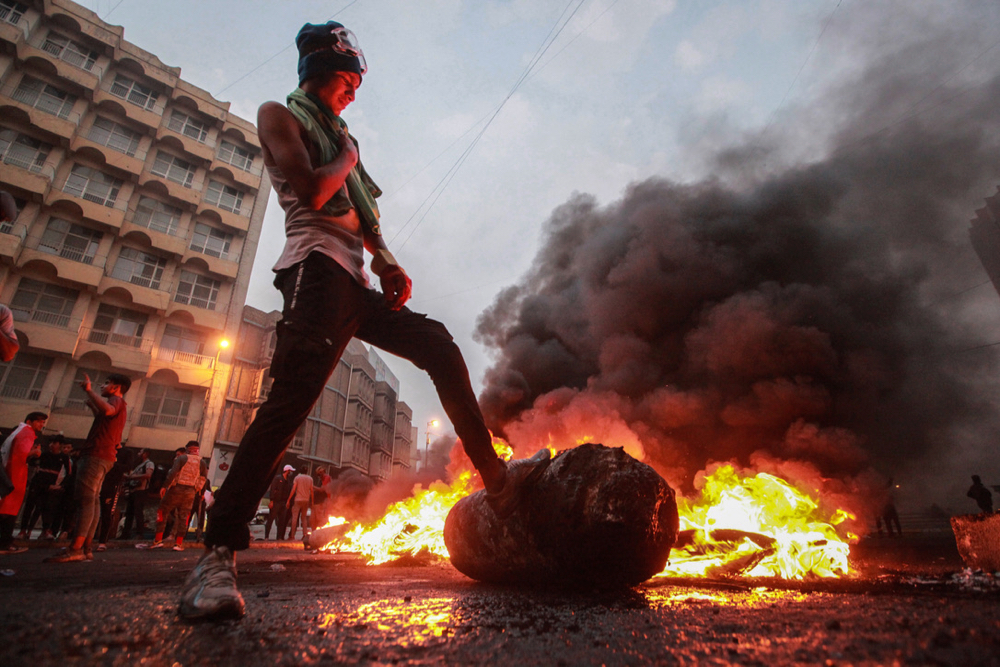 Iraq’s Chaldean Patriarch has praised protesters taking part in weeks of street unrest in Iraq as “a peaceful popular movement”. The demonstrations shaking the country for two months are widely seen as rooted in the desperation of civil society – particularly young people – amid devastation caused by wars, corruption, economic problems and widespread unemployment.  The socio-political crisis was described as “unsustainable” by Chaldean Patriarch Louis Raphael Sako, Archbishop of Baghdad. Speaking on 25 November he called for a speedy resolution, “if we want to prevent the country from entering a tunnel with unpredictable results”.  Since 2003, these young people, added the Patriarch, “have obtained nothing but speeches and promises, corruption, sectarian mentality and the private hoarding of the country's resources has spread over time”. More than 420 people have been killed since protests began in Baghdad and other cities at the start of October. The unrest prompted the resignation of Prime Minister Adel Abdul Mahdi last weekend, and Pope Francis joined in international condemnation of security forces’ use of lethal force. The Patriarch challenged political leaders to build a strong State, “that safeguards its citizens with their rights and their dignity”. Recently, the Grand Ayatollah Ali al Sistani also urged authorities to respond quickly to the protesters’ claims, which he judged legitimate.

Millions of Zimbabweans are on the brink of starvation as the country struggles with relentless erratic weather and economic decline, CAFOD reported. Massive hikes in food prices and severe bread shortages have affected “an already desperate population” said CAFOD’s Verity Johnson, who reported “a prevailing sense of despair”. Johnson said many breastfeeding mothers are so malnourished they cannot produce milk for their babies. People also face severe water shortages as dams and rivers dry up, affecting agricultural production. The UN reported last week that more than half of Zimbabwe's population of 14 million are short of food.

A fragment of wood believed to have formed part of Jesus' manger was returned to Bethlehem last weekend after being in Rome since the seventh century. Pope Francis ordered the return of the thumb-sized relic from Rome's Basilica of Santa Maria Maggiore to the Palestinian town celebrated as the birthplace of Jesus. The wooden relic arrived in time for Advent, and it will now be permanently displayed inside St Catherine's Church, adjacent to the Church of the Nativity in Bethlehem’s Manger Square.

The head of the Bishops’ Conference of DR Congo has said, “enough to decades of human rights violations” after the latest killings in North and South Kivu. “It is unacceptable that, for decades, the dignity of people and human life have been constantly violated, in a country where state institutions and international organisations should protect the entire population,” said Archbishop Marcel Utembi Tapa of Kisangani, after at least 80 people were killed during November. He noted that many attacks are carried out near Congolese army, police or even UN troop patrols and yet communities face “the almost permanent presence of armed groups”. Pope Francis celebrated Mass for the Congolese community of Rome last Sunday in St Peter’s Basilica. He prayed for peace in DR Congo and denounced those who enrich themselves through arms trading.

A priest has been released in good health two days after being abducted in Enugu State in Southern Nigeria. The incident brought to nine the number of Catholic priests kidnapped in under eight months in the state, and two of them have been killed. Priests held street protests in August, after the second priest was murdered, demanding improved security. Meanwhile the first Pan African Catholic Theological Congress is taking place in Enugu from 5 to 8 December. The Congress is a joint event organised by the Centre for World Catholicism and Intercultural Theology at DePaul University in Chicago, and the Association of African Theologians.

Catholic Bishop Gustavo Zanchetta, who is accused of abusing young seminarians, has appeared in court in Argentina. The former bishop of Orán attended a hearing in Orán on 27 November ahead of his trial. Zanchetta, a longtime associate of Pope Francis, was a Vatican financial adviser, based in Rome, since resigning from the diocese on “health grounds” in 2017. Prosecutors accuse Zanchetta of ongoing sexual abuse, a charge that could result in a 10-year sentence. He denies the allegations.

The brother of Shahbaz Bhatti, the Catholic Minorities Minister murdered by terrorists in Islamabad in 2011, has announced new moves to have him declared a martyr for the faith. “In the diocese of Islamabad, the canonical process of declaring the martyrdom of Shahbaz Bhatti is once again being considered” said Paul Bhatti. He inherited Shahbaz’s legacy, serving as Chairman of the All Pakistan Minorities Alliance and the Shahbaz Bhatti Memorial Trust.  Bishop Joseph Arshad of Islamabad-Rawalpindi has resumed gathering testimonies to open the Diocesan phase of the cause.

Bishop Mark Brennan of Wheeling-Charleston, West Virginia announced that he had asked his predecessor, Bishop Michael Bransfield to apologise to all those whom he sexually harassed and to return $$792,638 to the diocese after it was determined Bransfield spent that much money on personal vacations, luxuries and alcohol. Bransfield resigned last year amidst allegations of sexual and financial misconduct. He has denied any wrong-doing but an investigation by Metropolitan Archbishop William Lori of Baltimore found that Bransfield had spent large amounts on private jets, renovations to his home, daily flowers at the chancery, and similar extravagances. He also gave personal cheques to other clerics for their anniversaries or other celebrations, and later was reimbursed by the diocese. Bransfield was also alleged to have harassed seminarians and younger priests, though not minors. Last July, Pope Francis ordered Bransfield to desist from any public ministry, and to make amends to those he harmed. Bishop Brennan said that whatever monies were returned to the diocese who fund an account to assist the victims of clergy sex abuse.

At least 14 people were killed and several wounded in a gun attack on a church in Burkina Faso on Sunday. The victims were attending a service at a Protestant church in Hantoukoura in the east of the country near the border with Niger, an area that has been under attack from groups with suspected links to al-Qaeda and Islamic State.

Catholic Bishops in Kenya are appealing for support to the Church’s emergency response, as deadly floods lay waste villages following weeks of rainfall. The flooding, accompanied by mudslides, lightning strikes and hailstorms, has hit 15 counties across the country triggering a humanitarian crisis. The UN has estimated that at least 120 people have died with 160,000 people displaced. In the Catholic diocese of Lowdar, the floods have displaced 8,000 people and swept away thousands of livestock. At least 72 people have died in West Pokot, in the diocese of Kitale, the UN and the Kenya Red Cross reported.  More than 300 vehicles, some ferrying humanitarian aid, were stuck in Kitale –Lowdar after the main

Notre Dame cathedral in Paris has updated its website to include the latest news about its reconstruction and photos and videos of its interior since it closed following the fire that destroyed its roof and spire in April. The website in French includes videos showing the fire-damaged interior and interviews with cathedral archpriest Mgr Patrick Chauvet and chief architect Philippe Villeneuve about the reconstruction.

Abbot Lode Van Hecke will soon swap the austere calm of Orval abbey for the city of Ghent, where Pope Francis has appointed him as Belgium’s first Trappist bishop. Trappists, or the Order of Cistercians of the Strict Observance, normally live cloistered lives following Saint Bernard’s rule. Van Hecke, 69, has served Orval as novice master, subprior, brewery director, bursar and then abbot since 2007.

Cardinal Philippe Barbarin's appeal against his conviction for non-denunciation of a serial sex abuser priest has ended with the Lyon prosecutor calling for an acquittal because the acts in question were beyond the statute of limitations in French law (writes Tom Heneghan). The decision on the case that has effectively ended Barbarin's career as Lyon archbishop and haunted the church there could depend on legal technicalities debated at the two-day appeal hearing last week. His fate will be announced on 30 January.  Barbarin, 69, again maintained he did not cover up for confessed abuser Fr Bernard Preynat by not reporting him to police, while his critics said he should have denounced the priest either when Preynat admitted his acts or when a victim informed the cardinal about them. The prosecutor said these events were past the limit for such cases and his office had no proof that Barbarin’s failure to alert police once he knew of the abuse cases, which occurred decades ago, amounted to wilful obstruction of justice. “The legal system cannot be subjected to such twists to serve a cause, no matter how just it may be,” said prosecutor Joël Sollier. The state initially found no case against Barbarin but the victims petitioned for a private prosecution, which ended in a suspended six-month sentence for the most senior French churchman to be involved in the international abuse scandal. François Devaux, head of the victims’ defence groupLa Parole Libérée, said: "The prosecutors and the government are not up to the gravity of what is happening in this country." Preynat, who was removed from the clerical state in July by a Church court, faces a civil trial in January on abuse charges.

Church in the World Iraq Louis Raphaël I Sako CAFOD