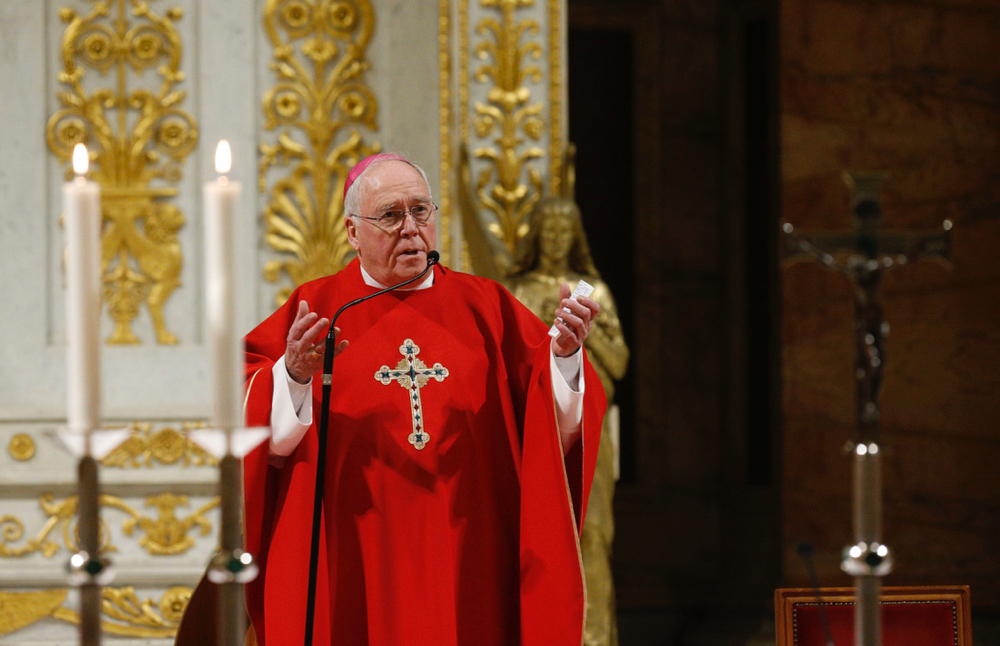 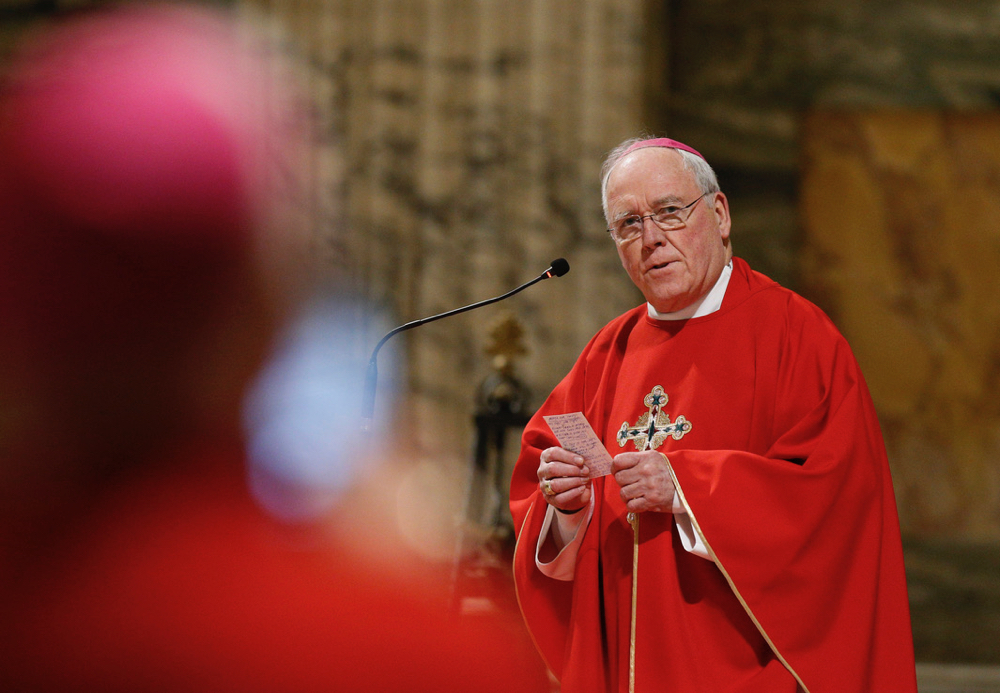 Bishop Richard J. Malone of Buffalo gives the homily as he concelebrates Mass with other US bishops in Rome last month
Paul Haring/CNS

A bishop in the United States who came under intense criticism for his handling of abuse cases and governance of his diocese has resigned.

Pope Francis today accepted the resignation of the Bishop of Buffalo, Richard Malone, who has become a symbol of egregious failures among the Church hierarchy to clean up the abuse crisis.

It also reveals the weakness in a clerical governance system where a bishop can cling on in post despite having lost the confidence of his flock and even the Holy See.  I was the first to reveal that the bishop would be stepping down on 13 November, after sources told me that the apostolic nuncio to the United States had agreed with Bishop Malone for him to step down. In response, the bishop, through a spokeswoman, said: “The Lamb tweet is false.” It was clear he was reluctant to go.

Three weeks later – a relatively short space of time by Vatican standards – and the Pope has announced the bishop’s departure and that an apostolic administrator will lead the diocese in the meantime.

But some are wondering why this didn’t happen sooner.

Under Bishop Malone’s leadership the Diocese of Buffalo, located in Western New York, has been dogged by one scandal after another over the last two years. This has only come to light thanks to whistleblowers and the local media.  The diocese faces an FBI investigation into abuse handling and more than 200 civil lawsuits. Bishop Malone has been criticised for mishandling case of priests facing allegations of sexual misconduct against adults, and in one case restoring an accused priest to ministry.

A whistleblower said she found a 300-page document on accused priests in a store room next to a vacuum cleaner, while the bishop failed to disclose the true number of priests accused of abuse. His former priest secretary leaked an audio recording where the bishop admitted he feared he would have to resign due to his handling of a sexual harassment allegation by a seminarian. The drip-drip of scandals sparked fury among the people of the diocese, while the priests became disillusioned.

Things came to a head after the Holy See ordered an inquiry into Buffalo led by the Bishop of Brooklyn, Nicholas DiMarzio, who spoke to 80 diocesan employees, priests and laity. His apostolic visitation report, according to sources, presents a damning indictment of Bishop Malone’s leadership. It left him with no choice but to resign.

Nevertheless, the bishop was not willing – or could not accept – that the time had come for him to leave office. He was determined to take part in the New York State bishops’ “ad limina” visit to Rome where he celebrated a Mass at St Paul Outside the Walls and met Pope Francis. Upon returning to Buffalo, where he was forced to leave through a side entrance at the airport due to the media scrum waiting for him, he said the Pope “understands the difficulties and distress we have here in Buffalo, and [that] I personally, have been experiencing”. Today, the 73-year-old bishop sought to characterise resignation as “early retirement”.

Here we come to the root of the problem.

Church structures give bishops a large degree of autonomy and with little accountability. It is only the Pope who can hire and fire bishops because in the Church’s theology bishop is not the branch manager of a local corporation, but is “wedded” to his diocese and he is also the father of his flock. The image is primarily familial rather than corporate.

But the difficulty is when things go wrong. In the case of Buffalo an immense amount of damage took place before Rome stepped in, showing that the accountability procedures and selection of bishops’ criteria require more work.  A bishop’s threefold role is to teach, sanctify and govern – the latter, in particular, requires accountability.

During his pontificate, Francis has brought in measures to remove negligent bishops more swiftly, including procedural norms to hold church superiors accountable if they fail in their handling of abuse cases. For Malone, the newly instituted “Vos Estis Lux Mundi” legislation was not used to examine the case, but instead the tried and tested visitation method. To make matters more complicated, an abuse allegation was then made against Bishop DiMarzio, which he has strongly denied.

If the credibility of Church leadership is going to be restored, then procedures to hold bishops accountable have to be enforced, and quickly. At the same time, selecting Church leaders who put service of their flock above a desire to cling onto office at all costs is crucial. The change has to be both structural and cultural to avoid a repeat of what has happened in Buffalo.