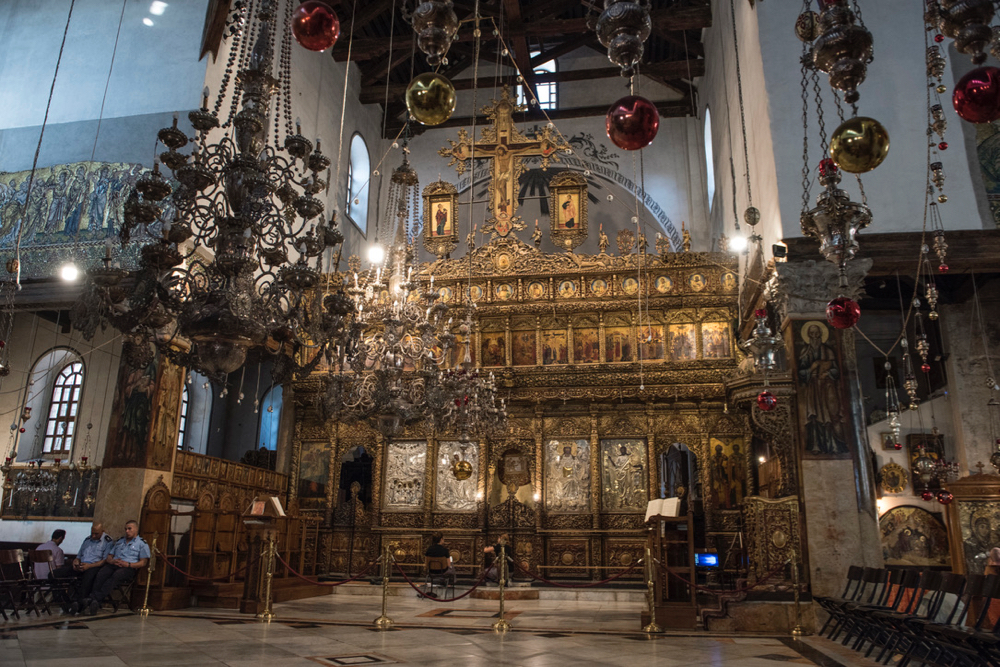 A way for a manger must be found by all, says Pope 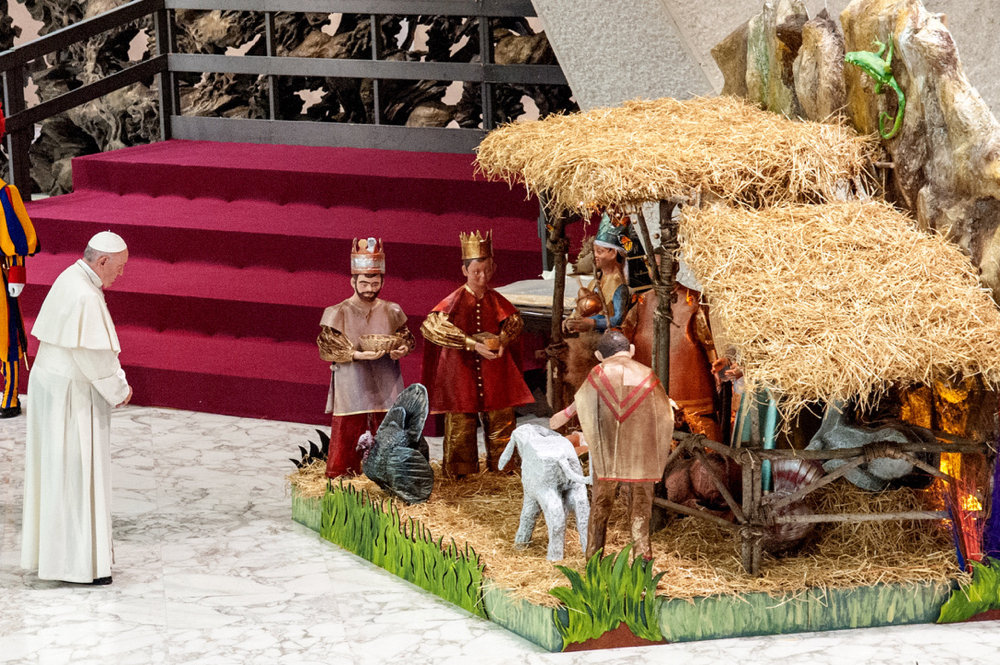 Pope Francis has spoken out on the importance of the Nativity, urging Christians to set up Christmas cribs at work, at school, in hospitals, prisons and town squares.

A Nativity scene is a simple reminder of “God’s tender love” and “helps us to relive the history of what took place in Bethlehem”, Pope Francis said in a letter on the meaning and importance of setting up Christmas cribs.

Pope Francis signed the apostolic letter on the first Sunday of Advent, during a visit to Greccio, Italy, the site of the first Nativity scene set up by St Francis of Assisi in 1223. When St Francis prepared the cave with a hay filled manger, an ox and a donkey, he “carried out a great work of evangelisation”, said the Pope. Catholics should continue that work today.

The Pope said: “I wish to encourage the beautiful family tradition of preparing the Nativity scene in the days before Christmas, but also the custom of setting it up in the workplace, in schools, hospitals, prisons and town squares.

“It is my hope that this custom will never be lost and that, wherever it has fallen into disuse, it can be rediscovered and revived.”

At the heart of every Nativity scene, is a reminder that the “Creator of the universe lowered himself to take up out littleness”, said the Pope.

Even “fanciful additions” to the scene, such as a blacksmith or a baker, “show that in the new world inaugurated by Jesus there is room for whatever is truly human and for all God’s creatures”.

The Pope wrote that the Nativity scene’s starry sky respects the Gospel’s account of Jesus’ birth but also reminds people that even in darkness, “God does not abandon us."

He said: “His closeness brings light when there is darkness and shows the way to those dwelling in the shadow of suffering.”

The shepherds, the first to welcome Jesus, are reminders that “it is the humble and poor who greet the event of the Incarnation”.

The Pope said: “From the time of its Franciscan origins the Nativity scene has invited us to ‘feel’ and ‘touch’ the poverty that God’s son took upon himself in the incarnation.

“Jesus was born in poverty and led a simple life in order to teach us to recognise what is essential and to act accordingly.”

Mary reminds us of her complete obedience to God’s will and Joseph of his guardianship of Mary and the Infant Jesus.

Most importantly, at Christmas when “we place the Infant Jesus in the manger, the Nativity scene suddenly comes alive. God appears as a child, for us to take into our arms. Standing before the Christmas creche, we are reminded of the time when we were children eagerly waiting to set it up."

Pope Francis ended the letter by reminding Catholics to share the Nativity experience with children and grandchildren and continue to pass on their faith through the tradition.