Calls for Cardinal Nichols to resign over safeguarding failures 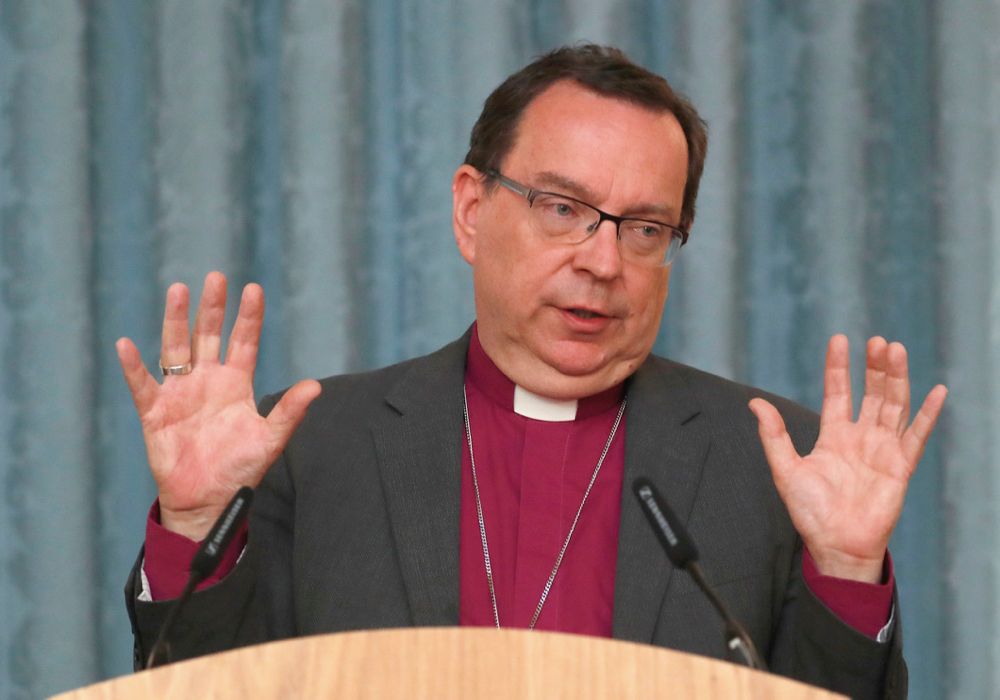 The need to defend freedom of religion and belief more urgent now than ever, a bishop has told a meeting of the Catholic Union.

Bishop of Truro Philip Mounstephen, speaking at Mary Moorfields Church in Moorgate, said: "Now more than ever we must defend liberal democracy and the freedoms it guarantees us, including freedom of religion or belief. It’s needed now more than ever.

"We must stand against all those who would betray and undermine it through violence, through crime, through militant nationalism, through authoritarianism, through religious fundamentalism and bigotry. It matters hugely, I believe, to our world today that we should do that. And it matters hugely that we should defend those many whose welfare, liberty, communities, families and very lives are put at risk by those dark forces."

At the same event, the Prime Minister’s Special Envoy for Freedom of Religion or Belief, Rehman Chishti, praised the contribution of the Catholic Church to tackling religious persecution. Mr Chishti said that the Church and Catholic charities such as Aid to the Church in Need are helping provide information on the ground in some of the worst affected places. He also drew on the words of Saint John Henry Newman – lead kindly light – as inspiration for tackling religious persecution.

Mr Chishti, an MP until Parliament dissolved and now Conservative candidate for Gillingham,  said coming to the UK from Pakistan as the son and grandson of an Imam, he felt proud to be able to practise his faith freely in this country.

The Catholic Union had called for religious freedom to be referenced in the Queen’s Speech, which it was not, but Mr Chishti said he had received assurances from the Prime Minister this was at the heart of Government policy.

Bishop Mounstephen, who led the  recent Foreign and Commonwealth Office report into Christian persecution which found that found that 250 million Christians face persecution around the world, accounting for 80 per cent of all religiously motivated discrimination, praised the contribution of Catholics to the review. He said that persecution of Christians was a “bellwether” for religious and other forms of discrimination.

The report described how across the globe, in the Middle East, Asia and Africa, Christians are being bullied, arrested, jailed, expelled and executed. Christianity is by most calculations the most persecuted religion of modern times. "Yet Western politicians until now have been reluctant to speak out in support of Christians in peril," it stated.

Bishop Mounstephen said: "In some ways it seems as if the persecution of Christians has come out of clear blue sky. It was a real issue in the days of the Cold War when Christians and Churches in some contexts in the Soviet bloc experienced significant pressure. Post-1989, however, it seemed to recede – only to creep up on us by degrees in the intervening period. There are two striking factors behind its re-emergence."

Where once it seemed only to be located behind the Iron Curtain, it has re-emerged now as a truly global phenomenon. "But it is not a single global phenomenon: it has multiple triggers and drivers," he said.

And the Western response has been tinged by "a certain post-Christian bewilderment, if not embarrassment, about matters of faith, and a consequent failure to grasp how for the vast majority of the world’s inhabitants faith is crucial to how they see themselves and to how they behave," he continued. "Faith and belief are simply not a leisure pursuit as we see it in this country, but fundamental markers of identity, both individual and communal."

The Catholic Union will be writing to the leaders of the three main, national, parties to encourage them to include tackling religious persecution in their manifestos.

Catholic Union head of public affairs James Somerville-Meikle said: “Religious persecution should be something that concerns everyone. The ability to practise your faith freely is one of the most fundamental rights we have and underpins so many other rights and freedoms."

He continued: "There needs to be a sea change in Government policy which puts promoting religious freedom at the heart of Whitehall thinking. The Catholic Union will continue to work with other groups to get this message across.”