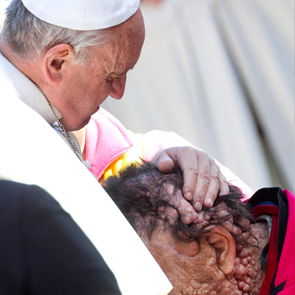 A re-energised Church of England has voted to fast-track legislation to ordain women bishops, with final approval now expected next year.

The vote was passed with 378 votes in favour, eight against and 25 abstentions.

Both traditionalists and supporters of women bishops spoke in favour of a package of new proposals today, in a General Synod debate that was markedly more optimistic than those held last year and in July.

The new package, which was drafted after Synod rejected a different form of the legislation by six votes last November, includes the creation of an adjudicator to rule on cases where traditionalists appeal the appointment of a woman to a diocese.

The Bishop of Southwark, Christopher Chessun, said that Synod’s progress had been miraculous.

The proposals were drafted by a 15-strong steering committee, appointed when Synod met in July, which included members who voted against the legislation in its earlier form.

Speaking on Wednesday Christina Rees, a prominent campaigner for women’s ordination, said that the new proposals, and the re-energised Synod, were in better condition than last year.

“If anyone had told me one year on we would be where we are, I would have said that’s impossible,” she said. “But by the grace of God it has been possible. I believe it is time for our church to move forwards.”

Her comments were echoed by Fr David Houlding, a traditionalist and member of the Catholic Group in General Synod, who opposed the legislation in its previous forms but who said today he felt “like he was approaching resurrection”.

“We are all provided for,” he told Synod. “Battle is over, let us now get ready for the mission.”

Bishop Chessun observed: “If David Houlding and Christina Rees are happy, then I am happy.”

A number of speakers pointed to Pope Francis as an example of progressive leadership.

Canon Rosie Harper, who supports women bishops, said: “Pope Francis has got it – he’s stopped judging people and started loving them, and Catholic church attendance is rising. Stop being weird and vote yes.”

A handful of conservatives spoke to oppose the motion, among them David Banting, who said that the new proposals did not deal adequately with the question of oaths, the supply of bishops and the issue of women succeeding a male episcopacy.

But, he said, he appreciated that a new sense of trust was discernible at Synod.

“My integrity is allowed to be spoken and to flourish. This is a dramatic but significant way forward,” he said.

Susie Leafe, of the conservative group Reform, said she could not in good conscience support the new legislation because she believed that she and other congregations could not flourish under a woman leader.

“This package enables all to flourish, but only when we have denied our theological conviction and accepted a woman as chief pastor. We risk alienating churches which are sending large numbers of men for ordination, and whose congregations are growing.”

Legislation to ordain women bishops will now come before Synod next year. If a draft declaration is endorsed at a Synod meeting in February, it could be voted upon in its final version as early as November 2014, at least a year earlier than expected when the legislation was first rejected.