Father Jerzy Popieluszko was killed in 1984 after opposing his homeland's authoritarian government. 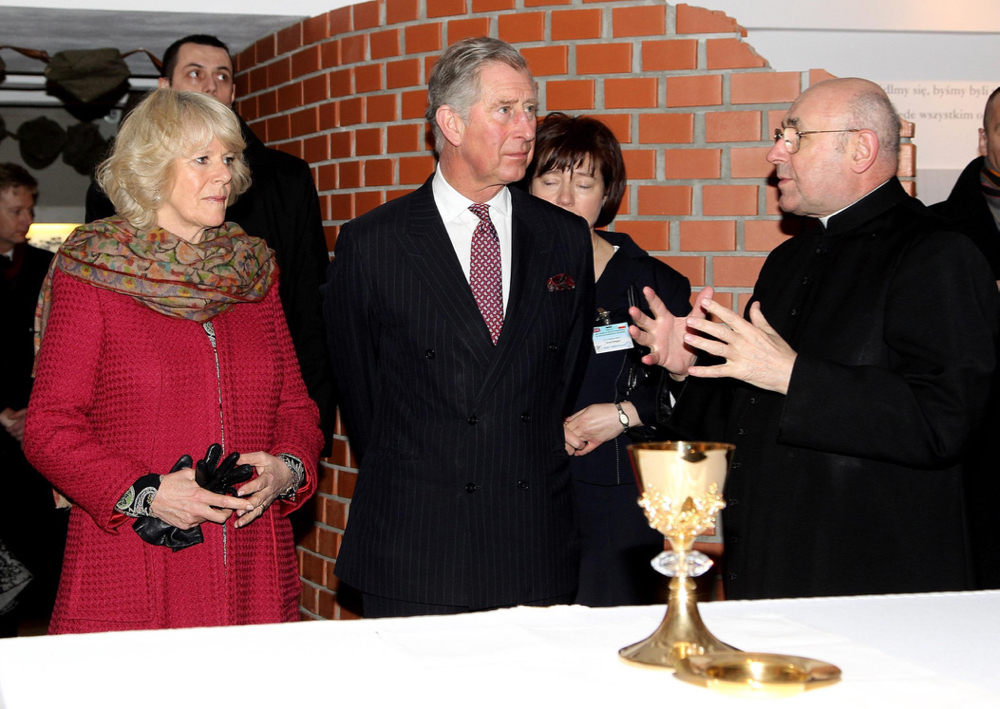 The Duchess of Cornwall and the Prince of Wales during a visit to the Jerzy Popieluszko Museum when they visit St Stanislaw Kotka in 2010.
Chris Jackson/PA Archive/PA Images

Prominent Polish Catholics have condemned a Warsaw court decision to drop charges against a group of former secret police agents, who were accused of planting weapons and explosives on the Solidarity martyr, Fr Jerzy Popieluszko, a year before his murder in 1984.
"It's scandalous and a great source of shame that the guilty are again avoiding punishment", Piotr Dmitrowicz, a director of Warsaw's newly opened John Paul II Museum, told Poland's Catholic Information Agency (KAI).
"This priest was summoned for interrogation, pressured, intimidated and surrounded by informers even in his own parish, making him a symbol of unbroken courage. The whole history of the contempt industry the communists unleashed around him should have ended in 1989."
The historian was reacting to the district court announcement that it was dropping charges, brought last January, against the former agents for involvement in the December 1983 incident, in which weapons, explosives and illegal leaflets were planted in Fr Popieluszko's Warsaw flat and later "found" during a police search.
Meanwhile, a Catholic senator, Professor Jan Zaryn, said the "provocation" had formed part of a "massed attack by the communist rulers" on the priest, and had been used to discredit him in the regime-controlled press, while psychologically weakening and isolating him from fellow-clergy as a prelude to direct action.
The bound and gagged body of Fr Popieluszko, born in 1947, who was linked with Poland's outlawed Solidarity movement, was dredged from a Vistula River reservoir in October 1984 following his overnight kidnap after a Mass in Bydgoszcz.
Four Interior Ministry agents were convicted of slaying the priest, whose Warsaw funeral was attended by 400,000 people. They were released early after controversial sentence revisions, while two former secret police generals were charged in 1994 with involvement but also cleared for lack of evidence.
In its statement, the court said the charges did not relate to a "crime against humanity" and were therefore not exempt from Poland's statue of limitations. However, a prosecutor from the crime-monitoring National Remembrance Institute, Barbara Sledz, said international law recognised "persecution for political and religious reasons" as among the gravest crimes and told the KAI agency her office would appeal.
The Polish Church is seeking the canonisation of Fr Popieluszko, who was beatified in June 2010 and is one of eight murdered priests commemorated by a new memorial in Warsaw's Polish Martyrs sanctuary.
Back to articles
Back to articles