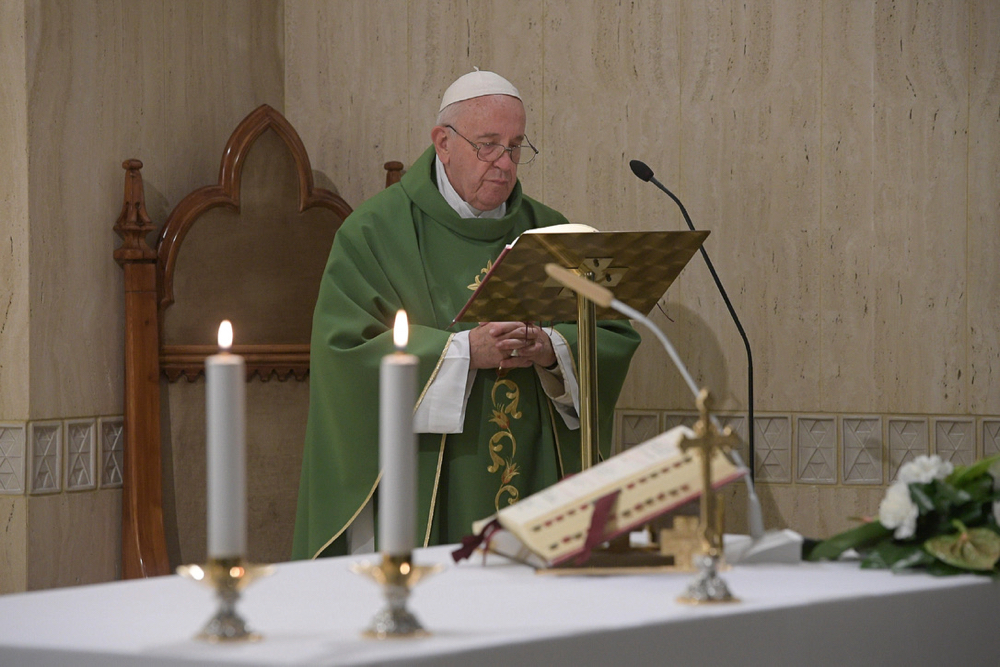 Pope says it is a sin to refuse God's generosity

These two religious have roots in the Twin Cities in Minnesota, where they first heard the call to religious life 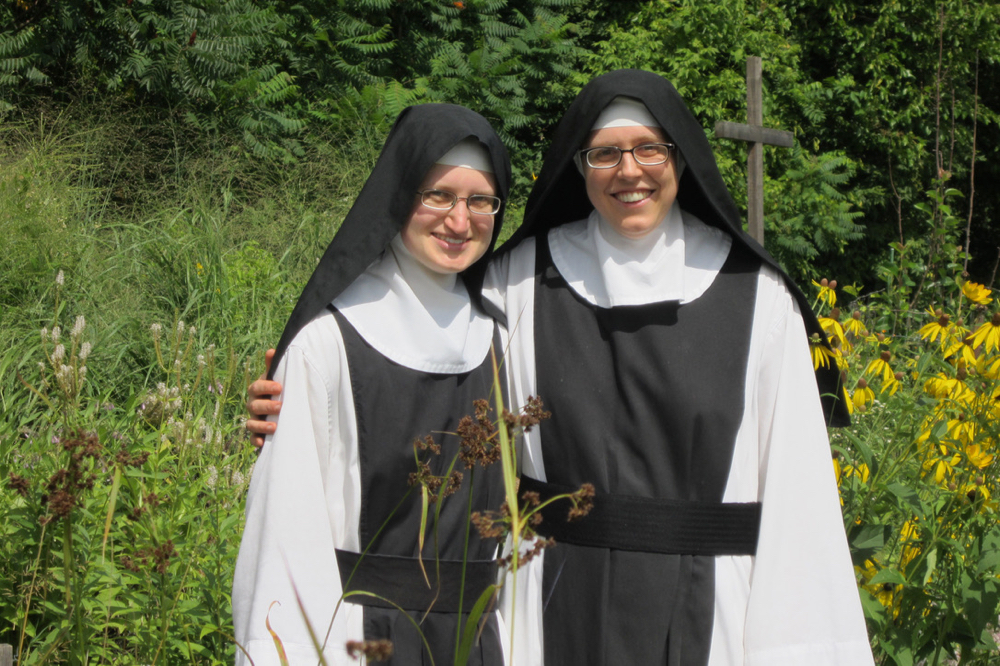 Cistercian Sisters Mary Bede Berg and Mary Joanna Casanova in the grounds of the Valley of Our Lady Monastery near Prairie du Sac, Wis.
Photo: CNS courtesy of Cistercians

A set of renovated buildings and additions off an 1859 stone cottage make up Valley of Our Lady Monastery, where prayer, study and manual labor set the cadence for this cloistered, contemplative order.

Rising each day at 3.30am, the members, ages 23 to 89, pray communally seven times daily and quietly produce 13 million altar breads annually for customers as far away as Australia.

Two members have roots in the Twin Cities in Minnesota, where they first heard the call to religious life and followed the prompting of the Holy Spirit to the remote monastery in southern Wisconsin in the Diocese of Madison.

Sister Mary Bede Berg, 33, whose birth name is Abigail, is the formation mistress at Valley of Our Lady. Growing up in Minnesota, she had a sense early on that she would become a nun. Daily Mass and eucharistic adoration planted a seed that she nurtured while attending Catholic school.

She applied to six different colleges. She hoped to double major in a subject matter she had not yet decided on, plus violin performance, a passion she held since first picking up a bow at the age of 3.

She had "a sense in prayer" God was calling her to The Catholic University of America in Washington, so she went there, Sister Mary Bede told The Catholic Spirit, newspaper of the Archdiocese of St Paul and Minneapolis.

During her first week on campus, she felt unhappy and unsettled, so she turned to God in the lower Crypt Church at the Basilica of the National Shrine of the Immaculate Conception next to campus. The thought of discerning religious life resurfaced, and she felt great clarity and peace. Sister Mary Bede quickly changed half of her classes to theology and classics to begin her discernment process.

That Holy Week, she took a bus to New Jersey to a Benedictine monastery for dedicated prayer time. On Easter Sunday, she discovered a small advertisement about the Valley of Our Lady and the Cistercian Order in the VISION Vocation Guide published by the National Religious Vocation Conference.

"I just knew that was it," Sister Mary Bede said. "God was easy on me."

A visit to the monastery during spring break of her sophomore year gave her a glimpse into the Cistercians' simple way of life, and she felt drawn to the traditional Latin liturgy and prayer and how the sisters were committed to living life well and expressing a real relationship with God.

Sister Mary Bede returned to school, finished the semester and entered the order days after her 21st birthday.

Now as the monastery's formation mistress, she oversees the five-year formation period leading to solemn, or final, profession of vows. She meets weekly with each of the sisters, helping provide for their material and spiritual needs as they discern their vocation.

Sister Mary Bede also helps with caring for elderly and ill sisters, as needed, and works in the altar bread operation on bake days. And she is leading the fundraising efforts for a new monastery.

Sister Mary Joanna Casanova, 32, whose birth name is Katherine, wanted to be a nun from the age of 4, even before meeting religious sisters for the first time as a student at a Catholic middle school in Minnesota. She attended high school operated by the Visitation sisters, which led her to focus on teaching.

She enrolled at St Catherine University in St Paul to pursue her education degree, thinking that all religious sisters were teachers, nurses, or they worked for the church. Like Sister Mary Bede, she experienced a defining moment in class.

She remembers one day in college sitting in a psychology class wondering: "What am I doing here? Is this my idea or God's?" Sister Mary Joanna said: "Then I was like, ok God, if I'm not called to be a teacher, where do you want me?"

She spent one summer volunteering at a parish, then still feeling a call to religious life, Sister Mary Joanna found a website with a list of traditional religious orders, including Valley of Our Lady.

"They wear the habit; they chant and praise God in Latin," Sister Mary Joanna said. "It was so traditional, and I had never seen anything like that before, so I was just going to go there to see."

She attended a weekend vocational retreat and knew she found what she was looking for. But Sister Mary Joanna already had planned to study in Rome for her junior year, so she went, then returned to finish her degree.

"In hindsight, I think I was running," she explained. "I was just trying to process, knowing if God wants me there, I need to prepare myself for this."

On her first visit to Valley of Our Lady, she felt multiple "very strong God experiences" that urged her to accept her calling. She entered the order a week after graduation.

Her time at the monastery is defined by prayer, like all Cistercian sisters, along with working in the community's altar bread production. As she cuts, sorts, bakes and packages what will become the body of Christ, she prays in silence among her sisters and the hum of machines.

Sister Mary Joanna also is the resident seamstress and she crafts new sets of veils, habits and scapulars as the community continues to grow, with several millennials joining.

She encourages others to be open to the Holy Spirit and to foster a personal relationship with God through regular Mass and eucharistic adoration.

Sister Mary Bede echoes that same recommendation. Even if it's just 10 minutes per day, she said, putting God first and taking time for prayer will foster obedience and trust.

"It's allowing God to make us truly free by drawing our will into his," she said.