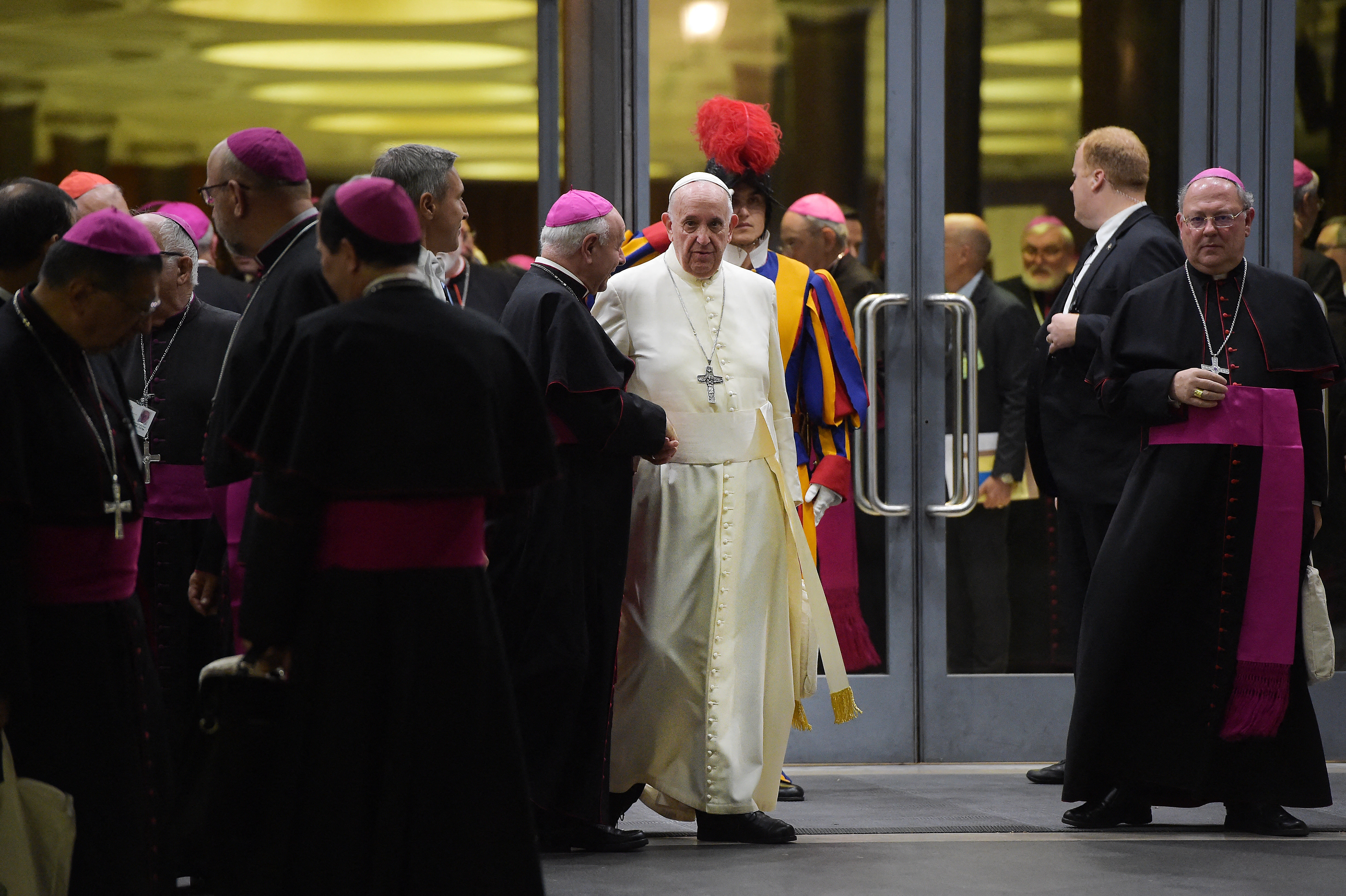 Don't leave God 'out in the cold', says Pope

Archbishop Eamon Martin: 'I encourage everyone to pray for those who have perished, for their loved ones.' 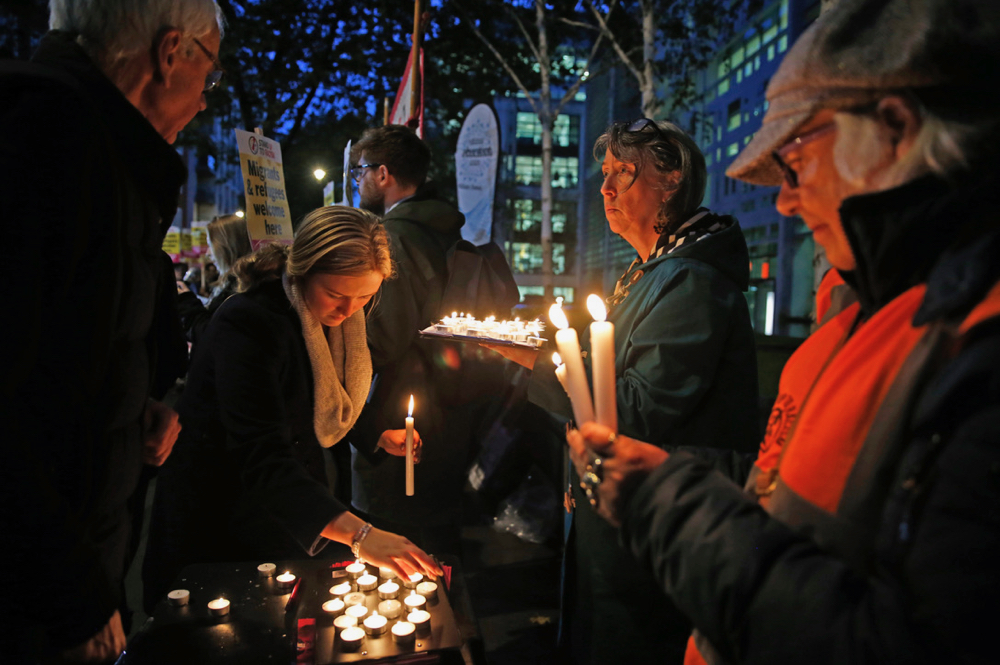 A vigil takes places outside the Home Office in Westminster, London, for the 39 people found dead
Hollie Adams/PA Wire/PA Images

The head of the Catholic Church in Ireland spoke on Sunday about the “horror” of the Essex migrant deaths warning the faithful that the reality is that human trafficking could be happening “right in front of us – in our own parish and in our own town”.

He spoke as a Catholic priest reported on the distress of the families of container victims in several villages in rural Vietnam, with communities believing that many of the 39 people found dead in the back of a truck were Vietnamese. Fr Anthony Dang Huu Nam, a priest in Yen Thanh in Vietnam’s Nghe An province, 180 miles south of Hanoi, said, “the whole district is covered in sorrow” and “this is a catastrophe for our community”. Nghe An is one of Vietnam’s poorest regions, and home to many victims of human trafficking.

Fr Nam led around 500 worshippers in a candlelit Mass for the dead last Saturday evening in the church in Yen Thanh. “We are here to pray for justice and peace, and for the victims of society” he said, reporting that families told him they knew relatives were travelling to Britain at the same time the container truck, and had been unable to contact them. “That girl who said in her message that she couldn’t breathe in the truck….  her parents can’t breathe here at home,” Fr Nam said. One sibling of a likely victim, aged 20, said an identifying feature would be a tattoo of praying hands on a cross on his right shoulder.

Archbishop Eamon Martin offered prayers in St Patrick & Colman’s Cathedral in Newry, Co Down in the Diocese of Dromore and admitted that the “grim discovery” of 39 people found dead in a refrigerated container near the Essex “has shocked us all”.

He prayed that the identities of the victims would be quickly established and that all those responsible for this human tragedy would be brought to justice.

“I encourage everyone to pray for those who have perished, for their loved ones, for all those caught up in this gruesome situation.”

“May those who have died find rest in the peace of Christ, and may their loved ones be consoled in the pain of their loss.”

The Archbishop urged the faithful to raise awareness about trafficking, to keep their eyes open and cooperate at all levels of society for an end to “this evil in our midst”.

Migrant smuggling and human trafficking, he stressed, feeds on the desperation of vulnerable people, many of whom are fleeing from violence or economic uncertainty.

“Smugglers and traffickers exploit children, women and men who are prepared to use drastic measures to reach what they think and hope will be a better life, often only to be enslaved and manipulated in forced labour or prostitution.”

Following the discovery on Wednesday last of human remains of the 39 people in the trailer of a truck in Essex, police charged 25-year-old lorry driver Mo Robinson from Craigavon, Co Armagh.

In Brentford, the diocese where the bodies were discovered in the trailer, Bishop Alan Williams wrote to clergy at all parishes asking them to pray at weekend Masses for those who have died and for all affected by the event. He said: “You will have heard the tragic news of the 39 people found dead in the trailer of a lorry that arrived at Purfleet in the early hours of Wednesday morning.  Please do keep all those whose lives were lost in your prayers and I would be grateful if you would include an intention in the Bidding Prayers."

Robinson was due to appear at Chelmsford magistrates court today to face charges of manslaughter as well as other offences including conspiracy to traffic people, conspiracy to assist unlawful immigration and money laundering.

Three other people from North and South of the Irish border who were arrested in the investigation have since been freed on bail.

A couple living in Warrington were arrested on Friday, as they were about to leave the UK for Spain. They are originally from Co Offaly in the Irish Republic.

A 48-year-old man from Northern Ireland was also detained at Stansted Airport in Essex on Friday on suspicion of conspiracy to traffic people and manslaughter.

A fifth man was arrested by Irish police at Dublin port.

The migrants, 31 men and eight women, are believed to have suffocated after they were locked inside the refrigerated truck.

Police initially believed the victims were Chinese nationals, but it has now emerged that they may have been from Vietnam.

The Sunday Times has reported that a cross border criminal gang based in Co Monaghan and Co Armagh may be behind an international people smuggling network that stretches across Europe.

Pope Francis has described human trafficking as "an open wound on the body of contemporary society – a scourge upon the body of Christ".