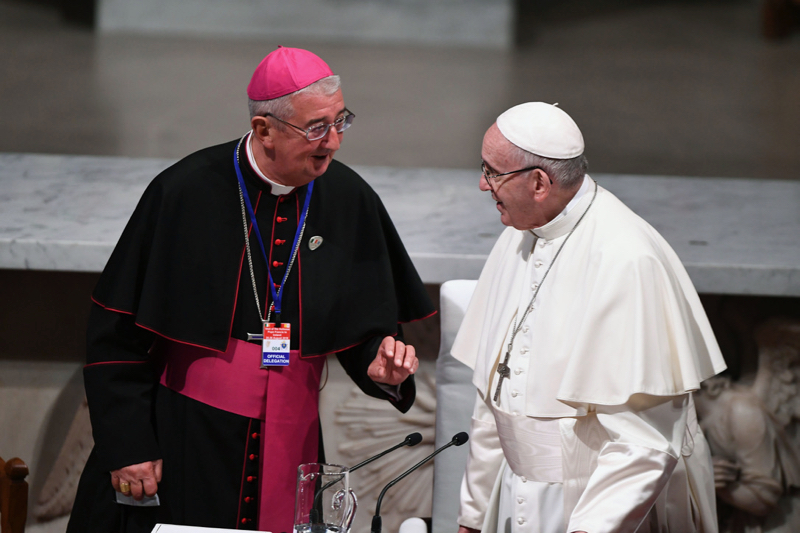 Could the Amazon synod herald the ordination of women in the Catholic Church? 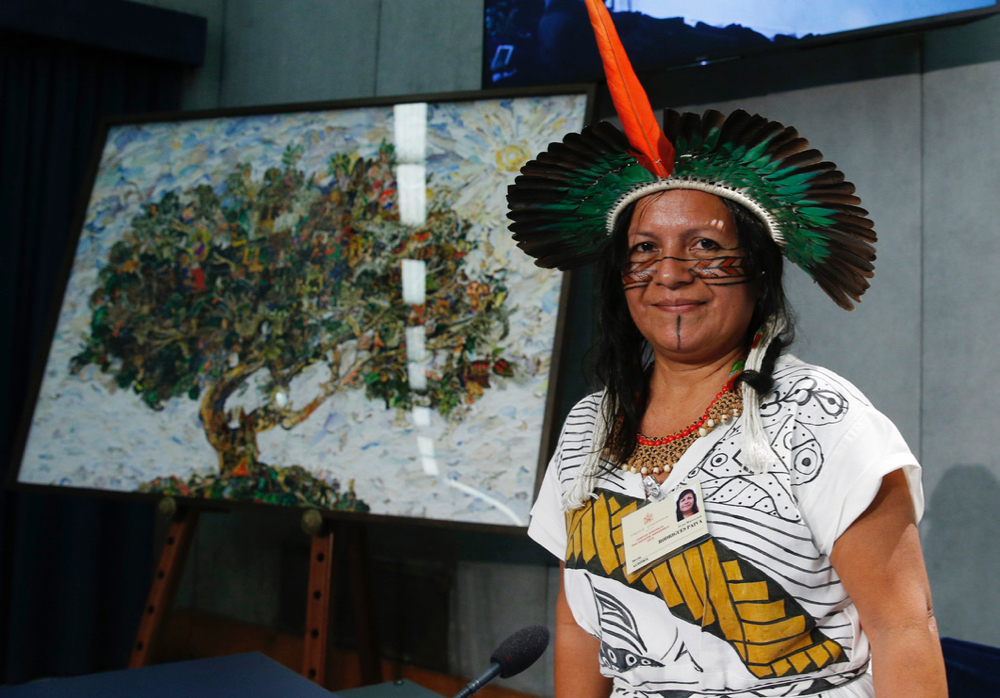 Marcivana Rodrigues Paiva, from Brazil, attends a news conference following a session of the Synod of Bishops
CNS/Paul Haring

A proposal to ordain women deacons has made it into the final document of the Amazon synod which bishops will vote on at the end of this week, The Tablet has learnt.

Church sources say the possibility of a female diaconate will be among the final proposals in the text, making it the first time that such a move has made it into a synod final document.

The decision to include women deacons is a signal moment for the Church, showing the determination of those inside the synod to find new pastoral pathways for Catholic communities in the Amazon.

Sources also confirmed that the question of ordaining married men as priests has made it into the final document, although this proposal was in the synod’s working text.

The Synod of Bishops gathering on the Pan-Amazon region has shone a light on the role that women play in the Amazonian church, who maintain the Catholic presence in the region, and often lead communities.

Four of the reports from the small groups inside the synod called for the female diaconate, and three others said the Church should study the possibility. The Portuguese B group argued that it was “good” that the Church had restored the role of permanent deacons following the Second Vatican Council and “we believe that the same argument is valid to create a diaconate for women in the church in the Amazon”.

The bishops will vote on the final document on Saturday. It is possible that the female deacons proposal will not achieve the two-thirds majority it needs from the synod fathers. The text is likely to form the basis of the Pope’s own post-synodal document, expected to be published in several months time.

The aim of the synod has been to find a way for the Church to respond to the social and pastoral needs of the Amazon, with organisers demanding fresh thinking from those involved in the summit. Many Catholic communities in the region go months, sometimes years, without the sacrament and the Church in the region is suffering from a desperate shortage of human resources.

Francis and the synod organisers want a Church willing to defend the Amazon rainforest, and indigenous communities, and on Sunday a group of bishops signed a special pact pledging to defend the “common home”.

In 2016, Pope Francis set up a commission to study the history of the diaconate, and the role that deaconesses in the early Church had played. In May 2019 the Pope reported that his commission was not able to agree on whether women had been ordained deacons in a sacramental sense. Francis stressed that he could not propose a “decree of a sacramental nature without having the theological, historical foundation for it” but said that the study should continue.

Speaking to a group of religious sisters on 10 May 2019, he said that “in regard to the diaconate we must see what was there at the beginning” and “if there was something, let it grow and it arrives”. Three days earlier he told journalists during an in-flight press conference: “There is a way to imagine it with a different view from the male diaconate”. Many read his remarks then aas parking the issue indefinitely.

But should the bishops vote through a proposal to consider women deacons, it would put the issue back on the agenda, although within the context of the pastoral emergency of the Amazon.

During the synod discussions, journalists heard about the role of women in the Amazon. Sister Alba Cediel Castillo, a missionary working in the region, said that religious women carry out baptisms, marry couples and hear confessions.

“Of course we cannot offer absolution, but we listen with humility,” she told reporters on 7 October.

Sister Birgit Weiler, another Amazon missionary, said that the role of women had been discussed inside the synod adding that women were needed in positions of leadership “not as a power struggle but to share gifts, insights, talents and charisms”.