Are you ready for World Mission Sunday?

News briefings from the UK and Ireland 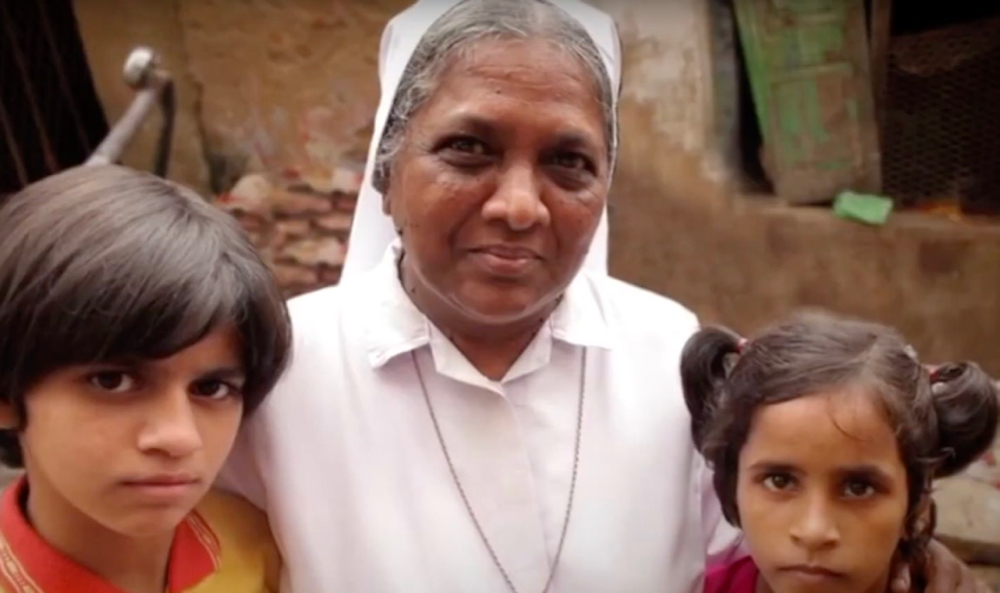 World Mission Sunday is on 20 October. In Britain, the Catholic community supports the Church’s mission overseas, especially through Missio. “It is an opportunity to encourage us all to reflect on and pray for the Church’s mission, and for the whole Church to fully realise that in our rapidly changing world the Gospel is needed now more than ever!” says Fr Anthony Chantry, the Missio National Director. Additionally, this year, Pope Francis has declared October 2019 to be an Extraordinary Month of Mission. More details here.

The Government has assured the Accord Coalition for Inclusive Education that it is not planning on scrapping its 50 per cent religious admissions cap for new academy faith schools. The Government has clarified its position in response to a letter from Accord last month.
Accord was prompted to write to the Education Secretary, Gavin Williams, after he was asked to scrap the cap in the House of Commons last month by Sir Edward Leigh MP. In response to Sir Edward the Education Secretary said that he would look closely at the issue. In a written to Accord received the School System Minister, Lord Agnew of Oulton, said: “I would like to assure you that we are not planning to remove the 50 per cent cap on new faith academies and free schools, as this is important in ensuring that new free schools serve their communities.

A Catholic primary school in Edinburgh has banned Hallowe'en over fears that the celebration is not “inclusive”. The decision was taken at a meeting of the parent council of St David’s primary school, which shares a campus and a dining hall with a non-denominational school [Pirniehall Primary School] where Halloween celebrations are permitted. The reason given for the ban, which appears to have been decided at a meeting with only two parents attending, is that buying Halloween costumes put an “additional strain on family budgets”. St David’s pupils are being offered an “Autumn Dance” instead, at which they will be allowed to dress as they please. A parent who is not on the council but prefers not to be named told The Tablet, “It’s ridiculous. Children are being denied a celebration because of political correctness. The school practises multiculturalism and arranges visits to mosques and other religious places. What’s the problem with Halloween?”

The annual gathering of Catholic Headteachers Association of Primary Schools (CHAPS) rejected recent calls for the closure of denominational schools on the grounds that they are “divisive” and contribute to sectarian tension. Bishop Brian McGee of Argyll and the Isles, a keynote speaker at the conference, said that in his 30 years as priest and bishop, he had “never once . . . heard anything sectarian or anything divisive within a Catholic school”. The conference in Dunblane included a special session about inclusivity in Catholic schools. Some Glasgow Catholic primaries have up to 90 per cent of Muslim pupils and pupils of other faiths, with few from Catholic families. In a homily at Dunblane, Archbishop Philip Tartaglia of Glasgow said that a religious ethos attracted parents and called on teachers to deepen faith within their schools.

Bishop Michael Duignan, aged 49, was installed as Bishop of Clonfert on Sunday at St Brendan’s Cathedral in Loughrey, Co Galway. In his homily, Mgrr Cathal Geraghty said: “There is a view among those who seek to influence the direction of Irish society today that the Catholic Church should keep its opinions to itself.” He said leadership in the Church was difficult. “For so many years the wind was to our backs and it was generally accepted that the Church was proclaiming a message worth hearing. But things are different now, it is more difficult.”  The parish priest of Loughrea said the Church was “facing into a headwind” and that its place in the public square had been greatly reduced.  Addressing TDs and Senators, as well as religious and civic leaders, he told the congregation, “In a climate like this we need to be courageous and face up to the challenge…” because the Church had “a worthwhile message to impart” despite the “clamour that seeks to drown God out.” Elsewhere in his homily for the ceremony which was attended by the Papal Nuncio, Archbishop Jude Okolo, as well as Cardinal Sean Brady and Archbishop Eamon Martin, Monsignor Geraghty stressed that the role of a bishop is not “an administrator who doles out dull discourses”.  Admitting that vocations to the priesthood and religious life have declined in recent years, he said a more positive image of religious vocation starts in the family home.

Bishop Francis Duffy has invited parishioners from the diocese of Ardagh and Clonmacnois to give their views on the most important issues facing the Church and how they believe the diocese should best respond. The invitation is part of a listening process and public consultation which was launched in September in the diocese following a meeting with delegates in St Mel’s College, Longford. The submissions will inform the preparation of a diocesan assembly which will take place in Longford on 9 - 10 May 2020 and will be attended by 250 delegates drawn from the laity, religious and clergy of the diocese, who will agree on a direction for the diocese for the coming years. “I need to hear people’s opinions as to which issues should be a prioritised for the diocesan assembly, and why,” said Bishop Duffy. Delegates have already been engaging in a listening and consultation process in their local areas since the September meeting to identify the priority issues for the diocesan assembly to consider.  The results from the local areas will be summarised and presented at the next delegate meeting in November for consideration at May’s assembly.