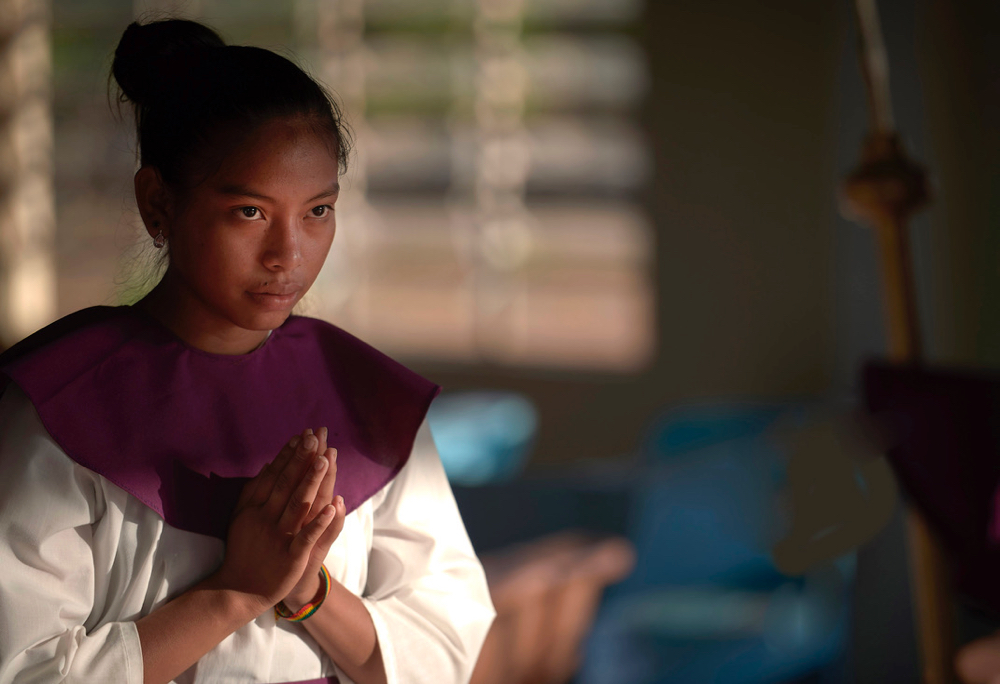 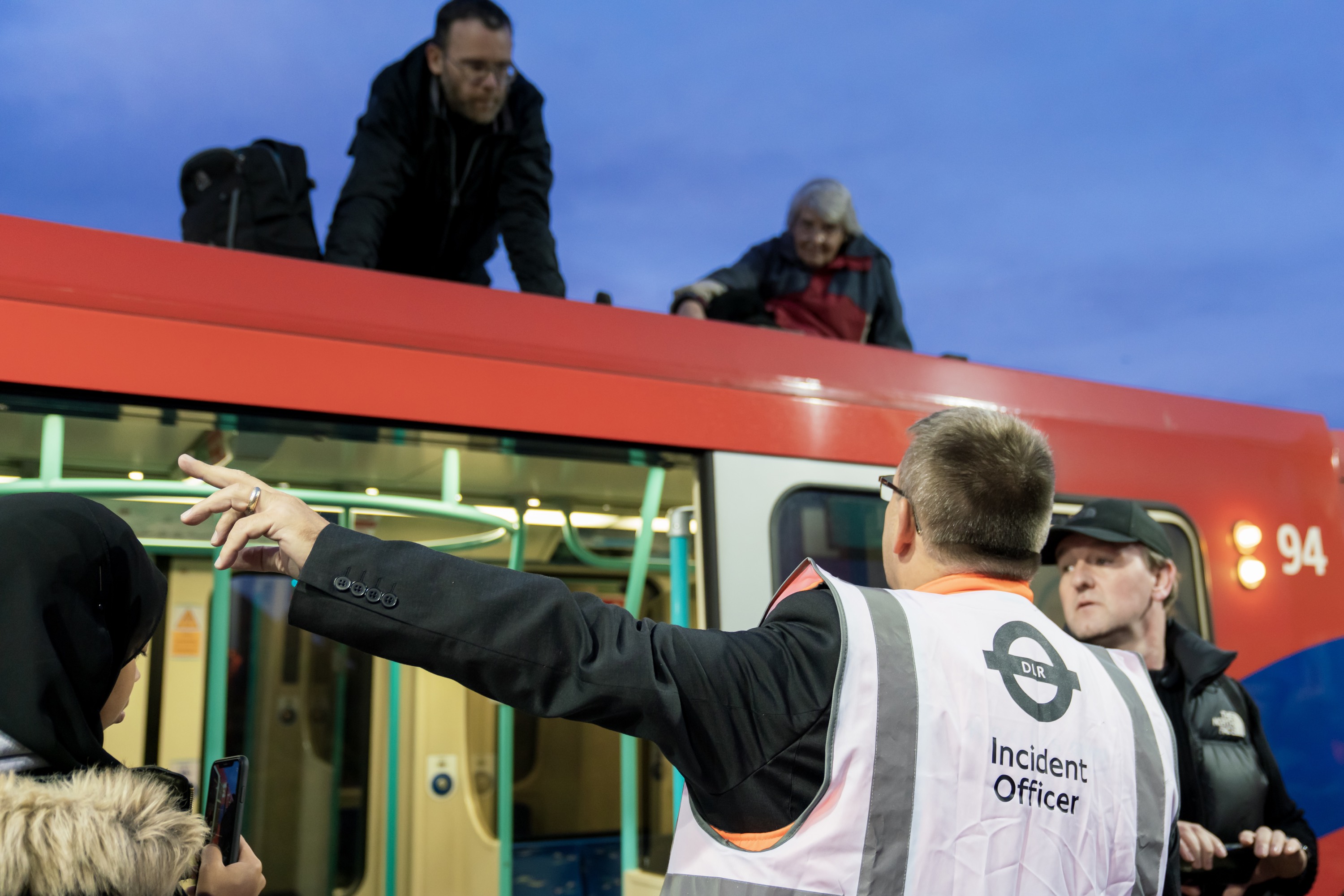 Fr Martin Newell, a 52-year-old Catholic Passionist from Birmingham, and Rev Sue Parfitt, a 77-year-old Anglican priest from Bristol were among the protestors who disrupted London Underground services this morning.
The two members of Christian Climate Action, the Christian arm of Extinction Rebellion, climbed on top of a train at Shadwell station, east of the City.

A third member of the group, Phil Kingston, aged 83, a former parole officer and also a Catholic, glued himself to the side of the train. He then knelt down on the station with two other members of the group and they held a prayer vigil.

Fr Newell said: "We are acting to raise the alarm in a spirit of repentance for our complicity in sins against God’s earth and God’s poor. Parliament has declared a climate emergency but environmental issues were virtually absent from the Queens speech. We need action not words.”

Mayor Sadiq Khan said earlier this week that he was “particularly angry at those targeting the London Underground – which would be extremely dangerous and counterproductive”.
Mr Kingston, from Bristol, who was subsequently arrested, said: “I am doing this to ring the bell about the enormously dangerous situation our children and grandchildren are in. Greta Thunberg in her UN statement said we have eight years in which to reduce CO2 emissions to stay within the 1.5 degree limit. So emissions need to be falling rapidly today. In fact, 2017 and 2018 saw record rises in emissions. For our descendants, for the poorest peoples and Gods other-than-human creation, there is so much suffering happening – now destined to get worse without huge national and international response.”

In total, five members of the group were arrested.

Fr Newall has previously been arrested several times, including at London City Airport on 10 October. Fr Newall was arrested again last Sunday during a nonviolent action at New Scotland Yard to protest the police confiscating equipment for disabled rebels. He said then: “I am here to help raise the alarm, to call for a profound ecological conversion; the life of God's creation is under threat, especially the lives of God's poor.”

Phil Kingston was also held three times last week for protesting with Extinction Rebellion. “We take nonviolent direct action to push for justice in this climate emergency” he said. 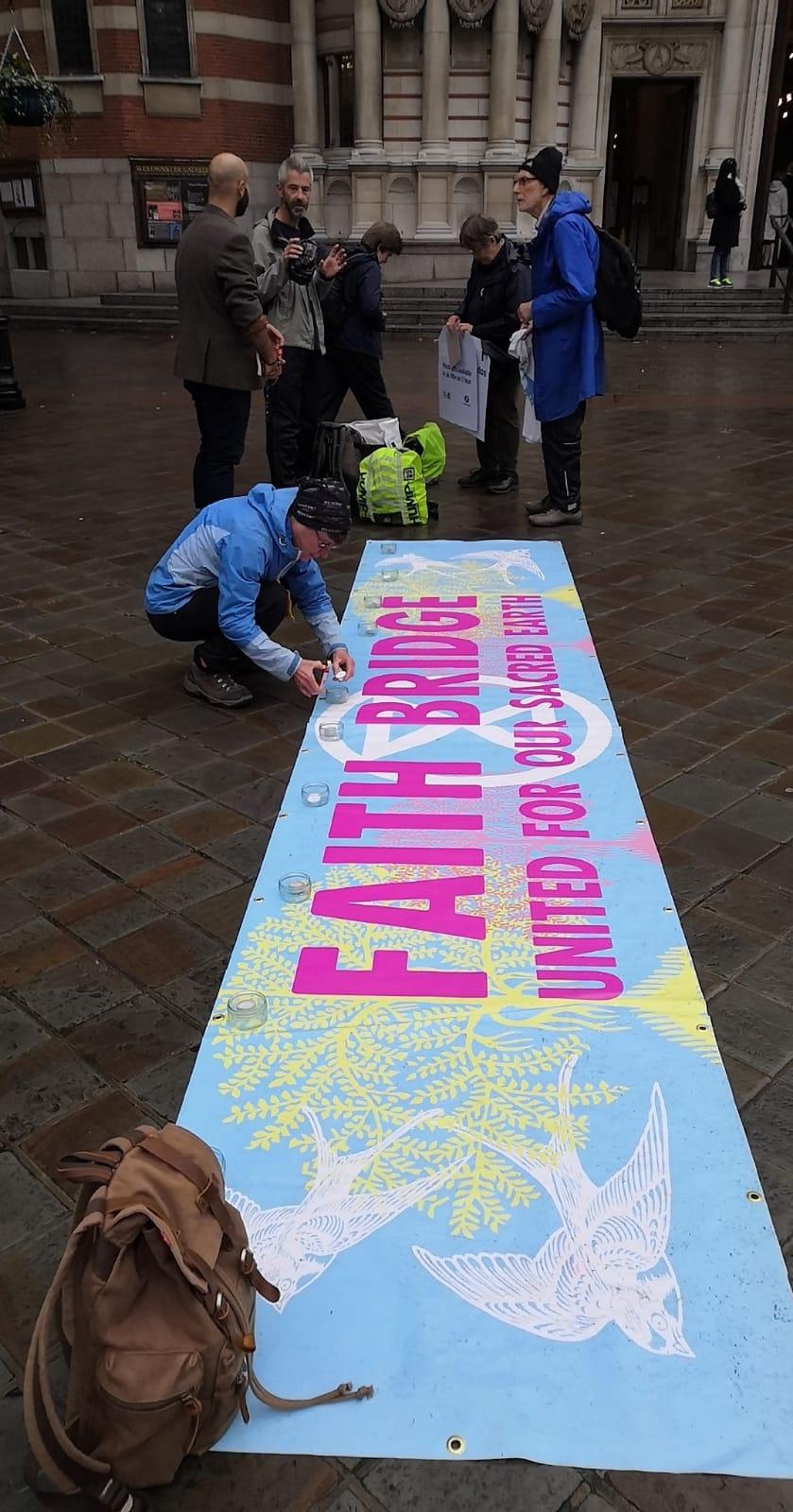 On Sunday. Christian Climate Action spent the morning outside Westminster Cathedral, standing peacefully in silence and in the rain with banners at a Vigil for the Climate. They handed out leaflets sharing words of Pope Francis for the World Day of Prayer for Creation. Some participated in Mass inside the cathedral. They said on their twitter that they received “some messages of support” and there were “some tough conversations”.

Columban sister Kate Midgley was at Westminster Cathedral and at two days of the events the previous week. “It was truly a wonderful and inspiring two days with the ‘Faith Bridge’ in Trafalgar Square” she said. She did meditation with Buddhists, joined the Call to Prayer with Muslims, and prayed silently with Quakers. Morning and midday prayer was with Christian Climate Action. “To be able to pray and have spaces of silence in the midst of all that is going on felt so right and what we should be doing” she told The Tablet.

Several Anglican bishops and other clergy led prayers in Trafalgar Square during the protests last weekend, standing with a group singing Taizé chants and carrying a banner: "God so loved the world".

Martin Newell told The Tablet: "My actions with Extinction Rebellion this week have been an attempt to raise the alarm about the climate and environmental emergency. We have acted in a spirit of penance and repentance, aware of our own complicity in the environmental sins of our time. The IPCC have said that emissions need to be rapidly reduced to have a fifty percent to two thirds chance of meeting the 1.5 degree target. However, emissions are still rising globally, and the UK government has no plan to meet its own targets. The profound ecological conversion called for by recent Popes is desperately needed. It is God's poor who are and will suffer most it we do not make the radical and urgent changes called for. It seems to me that only the kind of active nonviolent mass movement that Extinction Rebellion are helping to build internationally has a chance of creating the political and spiritual will needed. And this cannot happen without the Church. Pope Francis has called us to care for our common home, to protect the Earth which is our Mother and our neighbour who among those most abused and neglected. We cannot walk by on the other side. "
Back to articles
Back to articles