Cardinal Vincent Nichols: 'The canonisation was a wonderful occasion.' 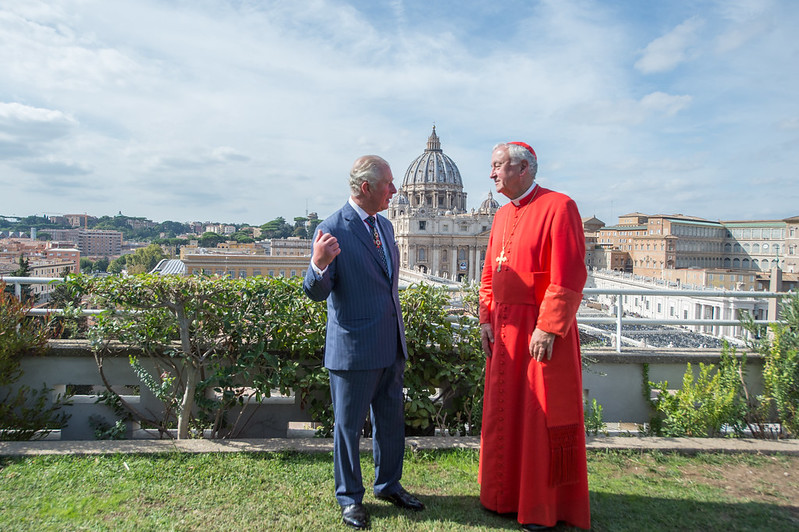 Prince Charles, Prince of Wales with Cardinal Vincent Nicholls at a reception at the Urban College after Canonisation of Cardinal Newman
Mazur/cbcew.org.uk

Thousands of British pilgrims gathered in St Peter’s Square in Rome at weekend to celebrate the canonisation of the first English saint of the modern era.

The British and Irish pilgrims who travelled to Rome for the canonisation of Cardinal Newman spoke of a revival of Catholicism in the UK in the wake of the canonisation.

The weekend-long celebrations culminated in a Mass of Thanksgiving on Monday at the church of St John Lateran in Rome, that was attended by 16 bishops from England and Wales, and was presided over by Cardinal Vincent Nichols.

Preaching at that Mass Bishop Robert Byrne, the Bishop of Hexham and Newcastle and an Oratorian, whose community in England was founded by Newman, said Newman was a national treasure.

“His greatness lies partly in his intellectual ability to approach the questions of the day from a different angle and a broader perspective. Like his spiritual father St Philip Neri we cannot put Newman in a box; we must let him speak for himself and he will teach us much,” he said.

“John Henry is the first English Confessor to be canonised since the Reformation. More importantly, Newman now belongs to the whole Church, to all those men and women from many different parts of the world who draw inspiration and help from him. We welcome especially the representatives from the Church of England which formed the new saint in faith and was so dear to him for half his life.”

He hoped that Newman might soon be named a Doctor of the Church, adding that his was something the whole Church should hope and pray for. 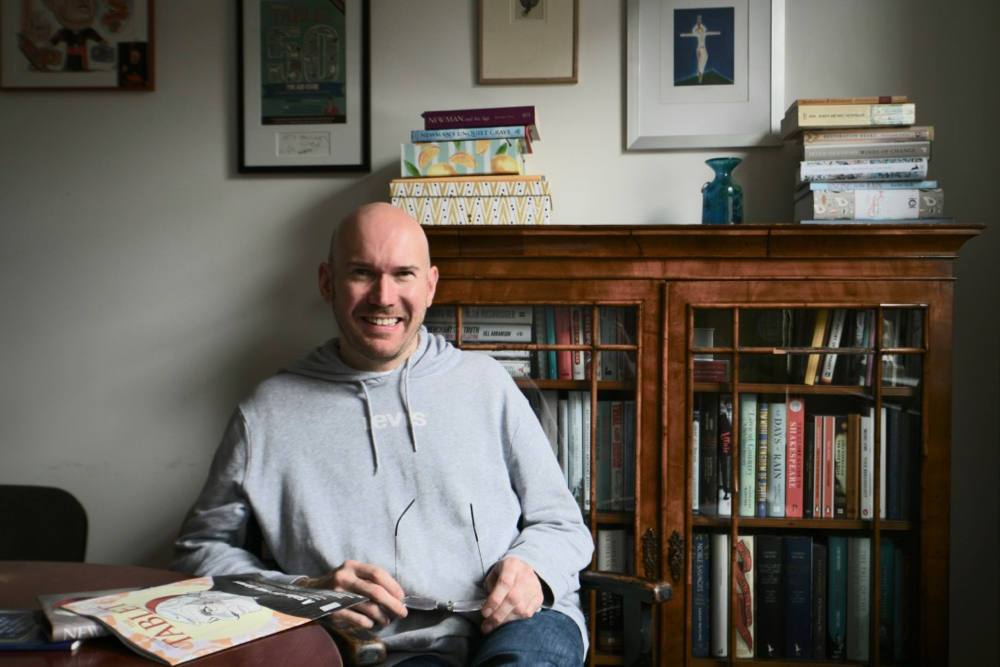 Speaking to The Tablet after the Mass Cardinal Vincent Nichols said that the canonisation had been a wonderful occasion.

His comments echoed those of the Prince of Wales, who in a meeting with Pope Francis after the Mass said that he hoped the canonisation would help bring focus to what people have in common, rather than what kept them apart. He also wished the Pope well in his work on the environment.

The atmosphere among British and Irish pilgrims in St Peter’s Square on Sunday was one of reverence and excitement, and a sense that this was a landmark moment for the English Church.

Speaking ahead of the Mass, Isabella Clarke, 24, from Oriel College in Oxford, said: “It feels like there has been a huge revival, as if now, by being a Catholic you’re not just in some corner.”

The UK was represented at the canonisation by the Prince of Wales, along with the Secretary of State for Work and Pensions, Thérèse Coffey, the Secretary of State for Housing, Communities & Local Government, Robert Jenrick, the All-Party Parliamentary Group on the Holy See, HM Ambassador to the Holy See, Sally Axworthy, and the Prime Minister’s Special Envoy for Freedom and Belief, Rehman Chishti MP.

In an article in The Tablet this week, Prince Charles commends Cardinal John Henry Newman as a saint for our times, suggesting that his example as a harmoniser of differences, of inclusivity and respect, “is needed more than ever”.

He says Newman stood “for the life of the spirit” and against forces that debase human dignity and destiny: “In the age in which he attains sainthood, his example is needed more than ever – for the manner in which, at his best, he could advocate without accusation, could disagree without disrespect and, perhaps most of all, could see differences as places of encounter rather than exclusion."

Mr Chishti told The Tablet that it was a privilege to represent the UK at such an auspicious occasion.

“Cardinal Newman was a great British saint who had a global impact. He was a unifier, someone who brought people together, and in today’s world with all the different challenges we have you need individuals with the values that Cardinal Newman stood for to bring people together. And he’s also some who was independently minded, and as a parliamentarian, when you see different challenges and debates coming along, you always look to the inspiration, to someone like Cardinal Newman, someone who was always prepared to stand by his principles.”