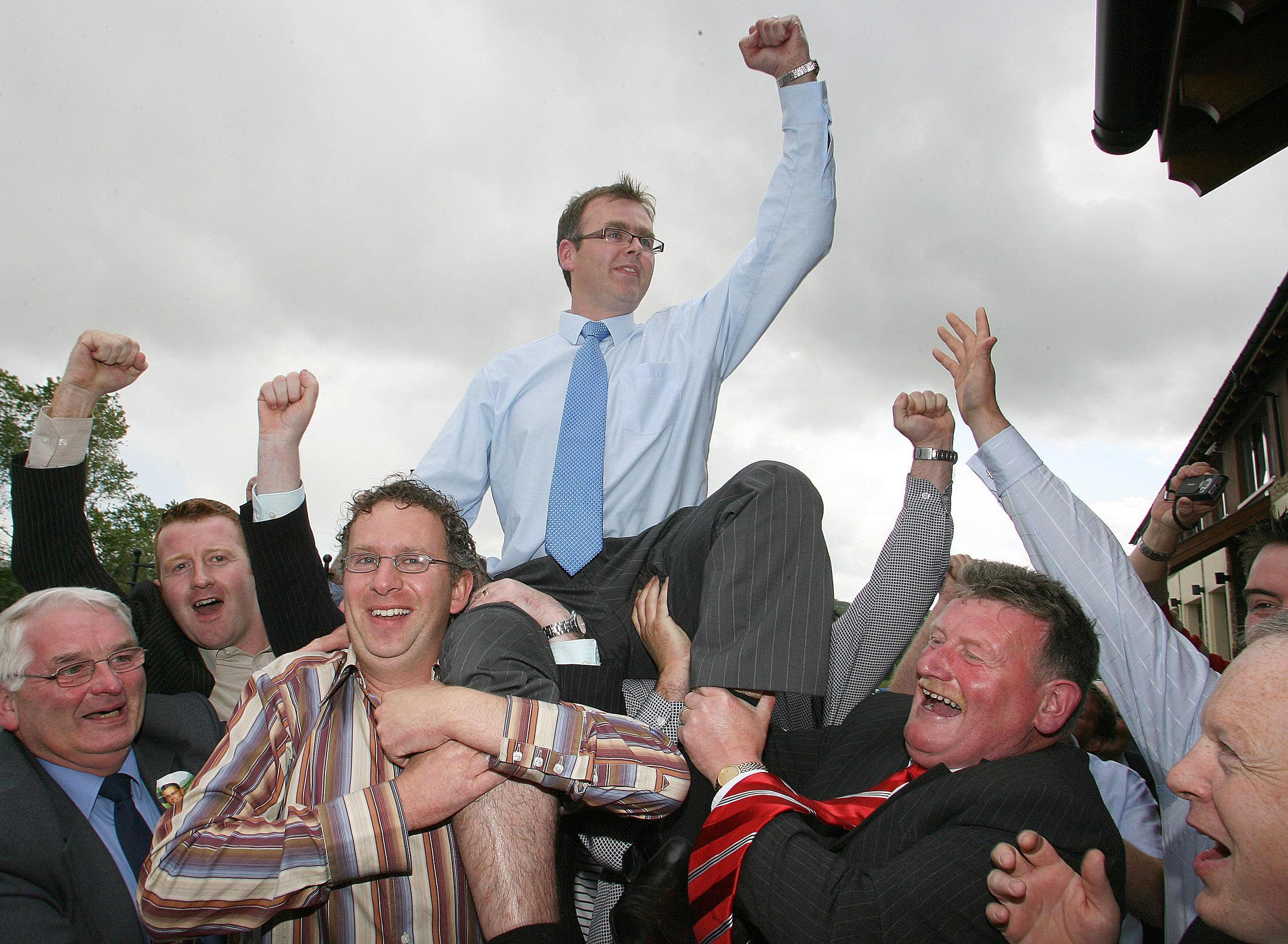 Cardinal calls for Newman to be made 'Doctor of the Church'

Cardinal Ouellet: Newman understood how the Church must adapt its language to cultural challenges 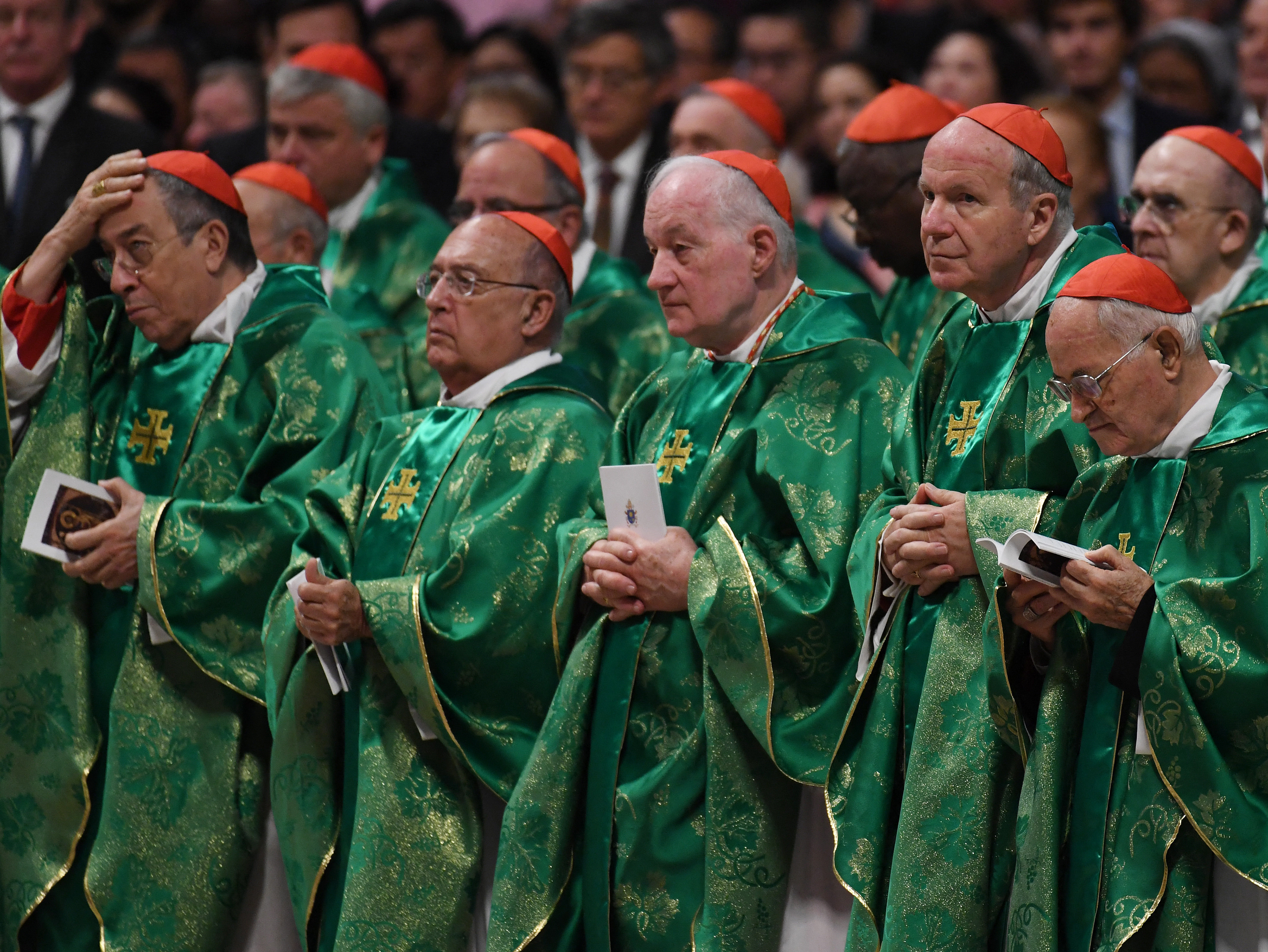 Canadian Marc Ouellet in the centre and Austrian Christoph Schonborn, second from left, as Pope Francis celebrates a Mass opening of the the Synod of Bishops
Vandeville Eric/ABACA/ABACA/PA Images

John Henry Newman should be considered a Doctor of the Church who ranks alongside early Christianity’s great thinkers, a senior cardinal has argued.

In a powerfully argued speech ahead of Newman’s canonisation, Cardinal Marc Ouellet, Prefect of the Congregation for Bishops and a respected theologian, said the new English saint was eligible thanks to his contribution to the development of Christian teaching. Doctors of the Church are saints who have helped deepen understanding of the faith. Just 36 men and women have been elevated to the position in Christian history.

“It seems to me that the English master ranks among such Doctors of the Faith as Athanasius and Augustine, whose lives were confessions of faith at the cost of great sacrifice, and who provided decisive insights on either its content or its act,” the 75-year-old Canadian cardinal said during a speech at the Casina Pio IV, in the Vatican gardens.

Newman will be canonised in a ceremony in St Peter’s Square tomorrow, along with four others. To mark the event the British Embassy to the Holy See hosted an event to celebrate his life.

The Victorian writer, theologian and poet is highly regarded in Rome for his prophetic theology which paved the way for the Second Vatican Council, in 1962-65. His work on how the Church’s understanding of divine revelation deepens over time and call for greater involvement of the laity saw him run into opposition in Rome during his lifetime. Today, his ideas are part of the Church’s mainstream.

“From his acquaintance with the Fathers of the Church, especially Athanasius, he discovered that, in order to keep its integrality, the faith of the Church must adapt its language to the cultural challenges and the dangers of heresy,” Cardinal Ouellet explained.

“Thus, although the deposit does not change, the Church’s knowledge of it progresses, deepens and is expressed in a new way, always faithful to the original idea.”

The praise for Newman was echoed by Cardinal Fernando Filoni, the Prefect of the Congregation for the Evangelisation of Peoples, who told the gathering that the Victorian priest as a “modern-day Saint Augustine”. He added that Pope Paul VI had described Newman as an “invisible presence at Vatican II”.

The event was attended by MPs and peers from the All-Party Parliamentary Group for the Holy See part of the official delegation in Rome for the canonisation, theologians and visiting bishops from the Catholic and Anglican churches.

It was Cardinal Ouellet’s detailed, erudite and passionately delivered speech which had the most impact. With a doctorate in dogmatic theology, he stands in the line of thought of Swiss theologian Hans Urs von Balthasar and the Communio school which emerged following the post-Second Vatican Council.

Communio is a federation of journals founded by Joseph Ratzinger, later Pope Benedict, von Balthasar and Henri de Lubac as a conservative alternative to the more progressive post-conciliar journal Concilium.

The cardinal, whose day job involves helping the Pope choose bishops, argued that Newman “effectively prepared” the Second Vatican Council, including the idea that the Church is “the Body of Christ animated by the Holy Spirit”. Aligning Newman with the cautious reformers, he argued the English cardinal was in the “line of Henri de Lubac and Hans Urs von Balthasar”.

“Catholic theology has not yet taken full measure of the conciliar Pentecost, and has not sufficiently renewed its method in the light of the emergence of new charisms, especially with regards to the female half of humanity,” he added.

During his speech, the cardinal became visibly moved and struggled to maintain his composure, when describing the immense theological contribution of Newman.

“The depth of this man of God and the place he now occupies in Catholicity, make us aware of the void his absence would have left if he had not been,” he explained.

Newman’s legacy, he said, would be to encourage the unity of Christians, an “ecumenical impetus towards reconciliation” adding that a conversion is required “from all confessions, starting from the Roman Church, which must be open to eventual transformations that can clear the path towards unity, so desired by the Lord.”

The English saint spent years as an Anglican priest and theologian where he became the leader of the Oxford movement, which sought to return the Church of England to its patristic sources.

“It is not a question of using Newman's figure to depict the return to the fold,” the cardinal explained. “Rather, his life and his theology challenge us to carefully examine the internal difficulties of reconciliation.”

For Newman, Ouellet explained, faith is an emotional “personal encounter,” as well as “a rational adherence which involves a unique certainty as well as a non-delegable responsibility.”