'We need to find a way of exiting this experience otherwise it will suffocate us,' said Turkson 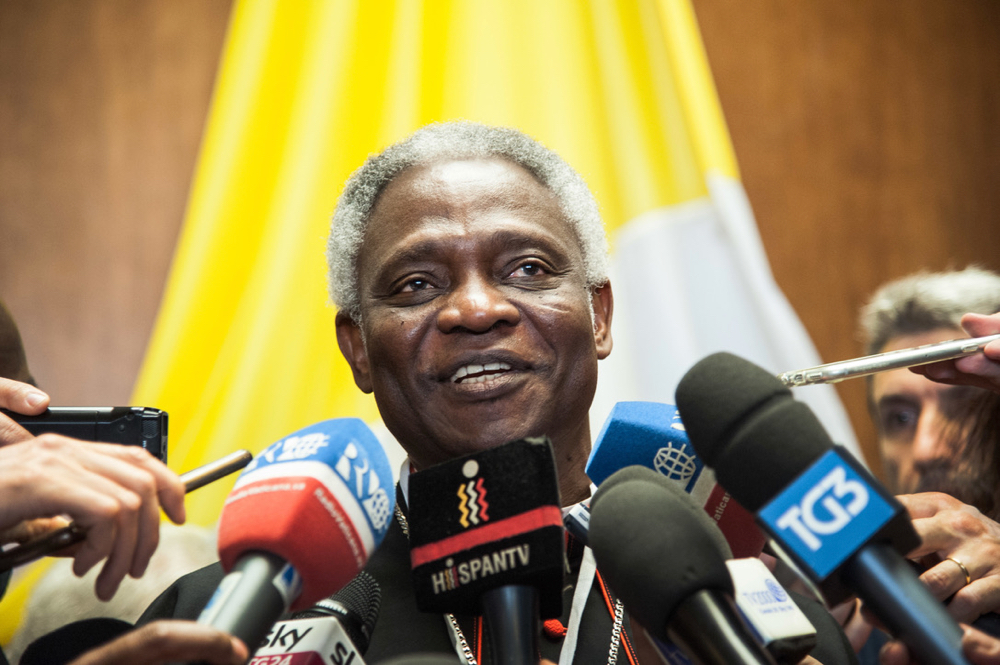 The Church needs to “find a way of exiting” the negativity of the abuse scandals “otherwise it will suffocate us”, according to a senior cleric who is based in Rome.

The Prefect of the Dicastery for the Promotion of Integral Human Development, Cardinal Peter Turkson, also criticised Archbishop Diarmuid Martin of Dublin for apologising "too much".

In his keynote address to the Autumn conference of the Association of Leaders of Missionaries and Religious of Ireland (AMRI) at the Emmaus Centre in Dublin, Cardinal Turkson recognised the abuse crisis as one of four “signs of the times”.

He told 155 participants from over 50 congregations, societies of apostolic life and affiliated lay groups that he understood something of the impact of the scandals on the local church in Ireland from the two world events, the International Eucharistic Congress in 2012 and the World Meeting of Families in 2018, which he attended.

He recalled how at IEC2012 Archbishop Martin gave an apology at every event he addressed. “At one point I thought it was too much. I thought he was making this huge cloud hang over everything,” he said.

At WMF2018, the Ghanaian prelate said he recognised the scandals, the pain of the victims and he agreed with Pope Francis’ messages to victims. “Now we need to find a way of exiting this experience otherwise it will suffocate us,” he warned.

Asked about Cardinal Turkson’s comment, Sr Liz Murphy, Secretary General of AMRI, told The Tablet: “It can be difficult for someone who has not lived through the past 20 years in Ireland to understand fully the effects of the abuse scandals. I believe he was challenging us to move forward and to be vigilant of all forms of abuse today.”

Elsewhere in his address on Mission Today in our Common Home, Cardinal Turkson identified the ecological crisis and climate change as further signs of the times: “This is a sign of the times that invites us to a particular form of mission that we can carry out by hearing the cry of the earth and the cry of the poor,” he said.

Other signs of the times he highlighted were the growing inequality in communities between the rich and the poor and a throwaway culture that sees so many abandoned and discarded as well as the threat of war to global security.

Speaking about the Extraordinary Month of Mission, he said Pope Francis was urging the faithful not to let fear over a lack of resources or fear about a challenging situation inhibit them as missionaries.