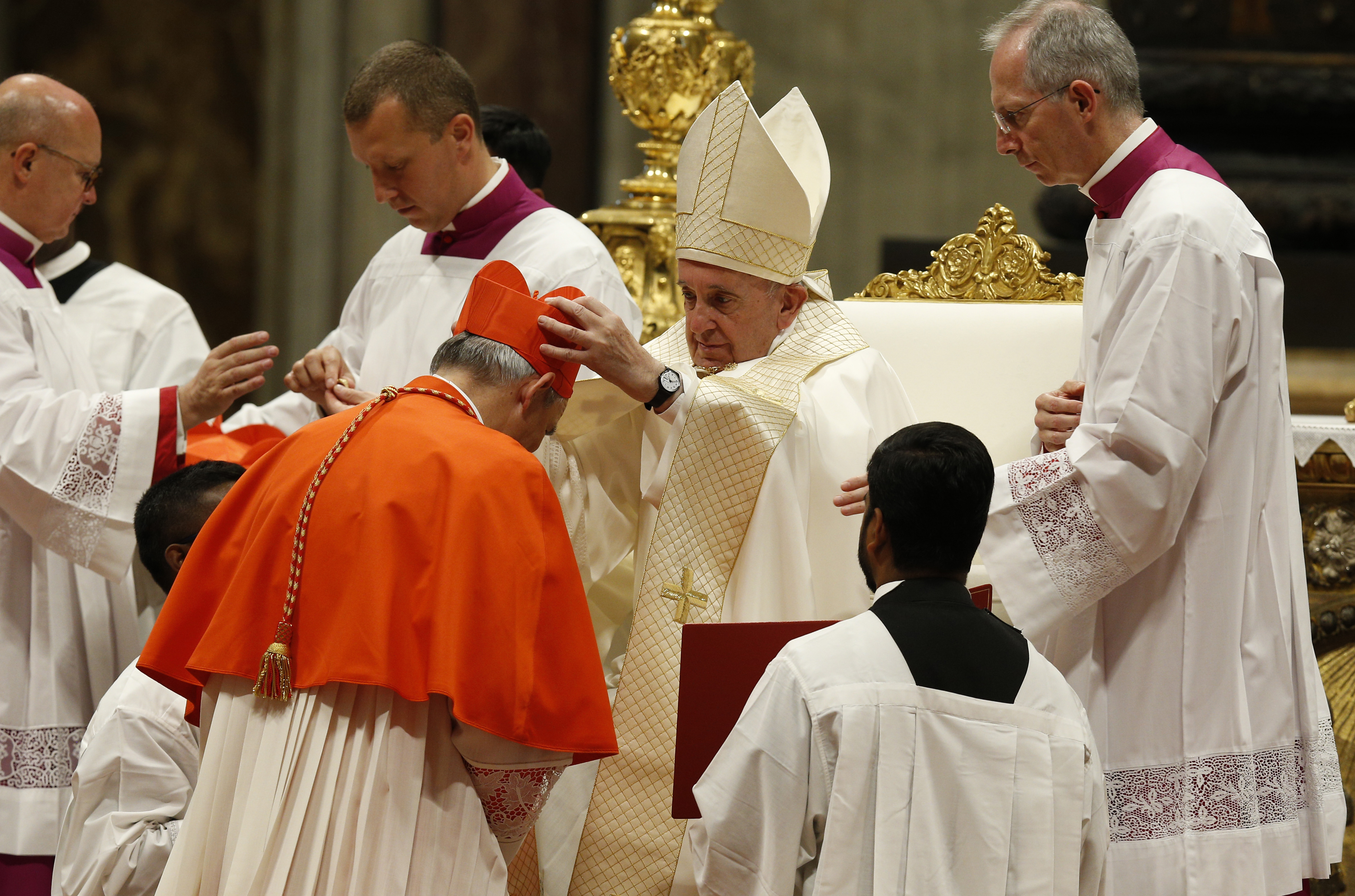 Amazon synod: Pope fires up 'daring prudence' of the spirit

Christian perseverance requires rekindling the gift of faith, a 'burning love for God and for our brothers and sisters.' 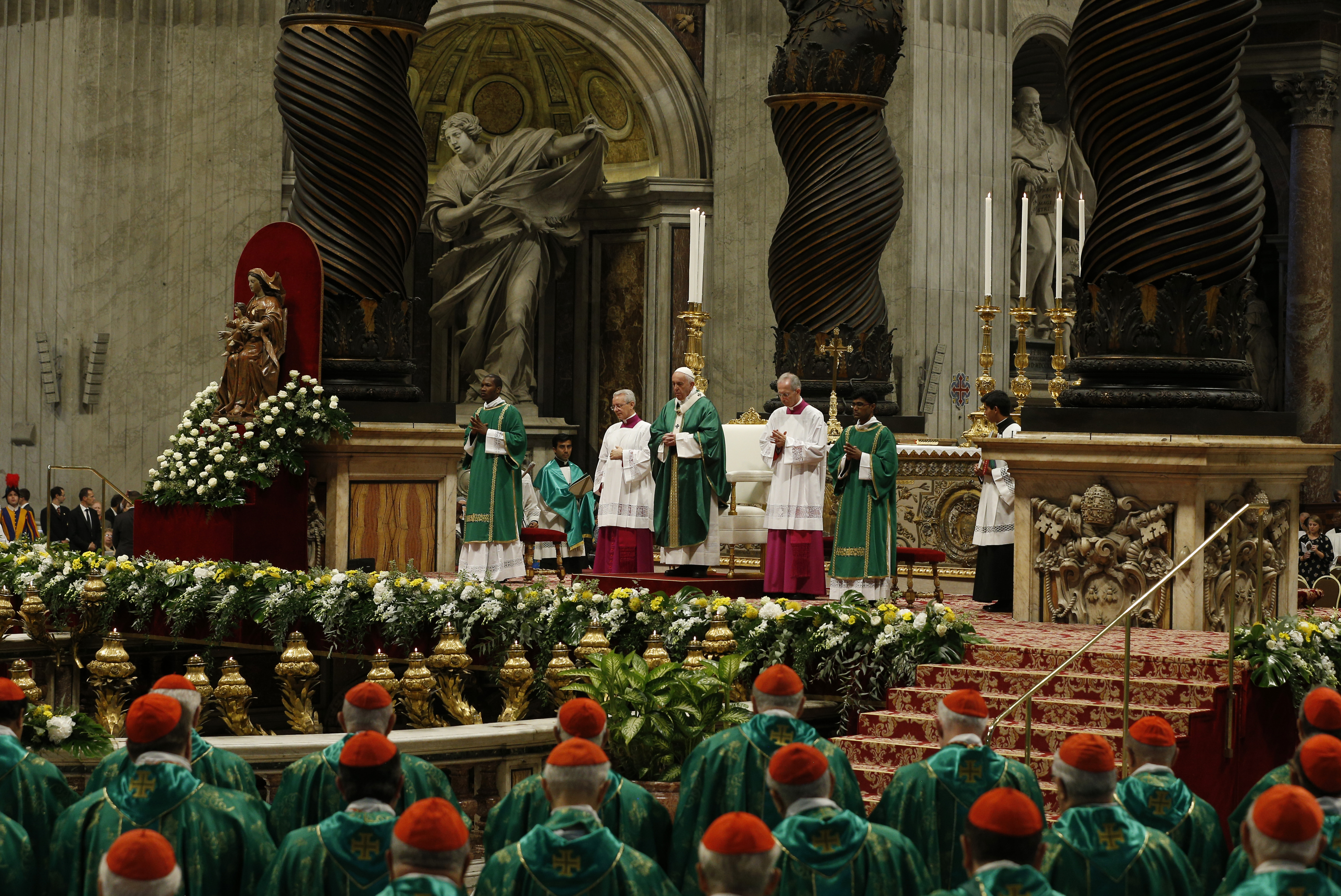 Pope Francis celebrates the opening Mass of the Synod of Bishops for the Amazon in St. Peter's Basilica at the Vatican
Photo: CNS/Paul Haring

The Church’s mission risks being reduced to ashes unless bishops become open to the “daring prudence” of the spirit and make changes to the status quo, Pope Francis said.

Opening the Synod of Bishops assembly on the Pan-Amazon region, he warned against a mentality where “everything continues as it was” and those groups who want to “make everyone and everything uniform”.

The Pope was speaking during a Mass in St Peter’s at the start of the 6-27 October gathering which was attended by the 185 synod fathers, the majority of them bishops serving in the Amazon. Some 260 participants will take part in the gathering including outside experts and representatives from indigenous groups. During the Mass the indigenous sat in the front row of the basilica, and brought up the offertory gifts to the Pope.

In his homily, the Pope told the congregation that Christian perseverance requires being able to rekindle the gift of faith, a gift which he said was “a fire, a burning love for God and for our brothers and sisters”. If the fire is not fed, he added, it “turns into ashes” and dies.

“If everything continues as it was, if we spend our days content that ‘this is the way things have always been done’, then the gift vanishes, smothered by the ashes of fear and concern for defending the status quo,” he told cardinals of the Roman Curia and  bishops from across nine countries in Latin America. “Jesus did not come to bring a gentle evening breeze, but to light a fire on the earth.”

The Jesuit Pope argued that the virtue of prudence is not “timidity or fear” but requires a daring attitude and the willingness to take decisions.

“Prudence is not indecision, it is not a defensive attitude,” he said. “It is the virtue of the pastor who, in order to serve with wisdom, is able to discern, to be receptive to the newness of the Spirit. Rekindling our gift in the fire of the Spirit is the opposite of letting things take their course without doing anything.”

The Amazon synod is discussing how the Church can bolster its work in the region, by becoming “prophetic,” service-focussed and develop an “Amazonian” face. It will look at how Catholic communities can stand with oppressed indigenous people, defend the environment, and whether married men can be ordained priests for the region and how women can be given an official role that recognises their ministry.

But in the run up to the October meeting, the synod process has faced sharp criticism from some cardinals and bishops who accused it of indulging in theological errors, heresy and promoting pagan ideas.

The prelates are joined in opposing the synod by some conservative Catholic media outlets in the United States and the Tradition Family and Property network, a group which as long opposed Liberation Theology, the Second Vatican Council and is deeply embedded with the Latin American land owning elites.

The right-wing nationalist-leaning President of Brazil, Jair Bolsonaro, whose policies on the Amazon experts believe are responsible for fuelling the recent fires, is also worried about the synod. Brazil’s security services have reportedly been monitoring the bishops attending the summit.

In his homily opening the synod, the Pope referenced the critics by warning against “new forms of colonialism”, lamenting that in the past Christianity had been imposed by “colonisation” not “evangelisation”.

“May God preserve us from the greed of new forms of colonialism,” he said. “The fire set by interests that destroy, like the fire that recently devastated Amazonia, is not the fire of the Gospel.”

He went on: “The fire of God is warmth that attracts and gathers into unity. It is fed by sharing, not by profits.”

The Pope added that “the fire that destroys” always “blazes up when people want to promote only their own ideas, form their own group, wipe out differences in the attempt to make everyone and everything uniform.”

Earlier this week one Catholic media outlet in the US wrote dismissively about a ceremony in the Vatican gardens dedicating the gathering to St Francis of Assisi. The report claimed the dedication service was "an ecological ritual."

Meanwhile, the US-based conservative advocacy group, the Catholic League, issued a statement on the synod saying the issue at stake was “how to respect the culture of indigenous peoples while at the same time acknowledging inherent deficiencies in it”. The group added: “In short, there is nothing noble about savages.”

The Pope concluded his homily by recalling missionaries who had been killed during their service to the Amazon church, pointing out that “many people have given their lives”.

Speaking off-script, the Pope explained how Brazilian Cardinal Claudio Hummes, the synod’s relator general, had told him: "Don’t forget about them, they deserve to be canonised."

He added: “For them, and with them, let us journey together”.