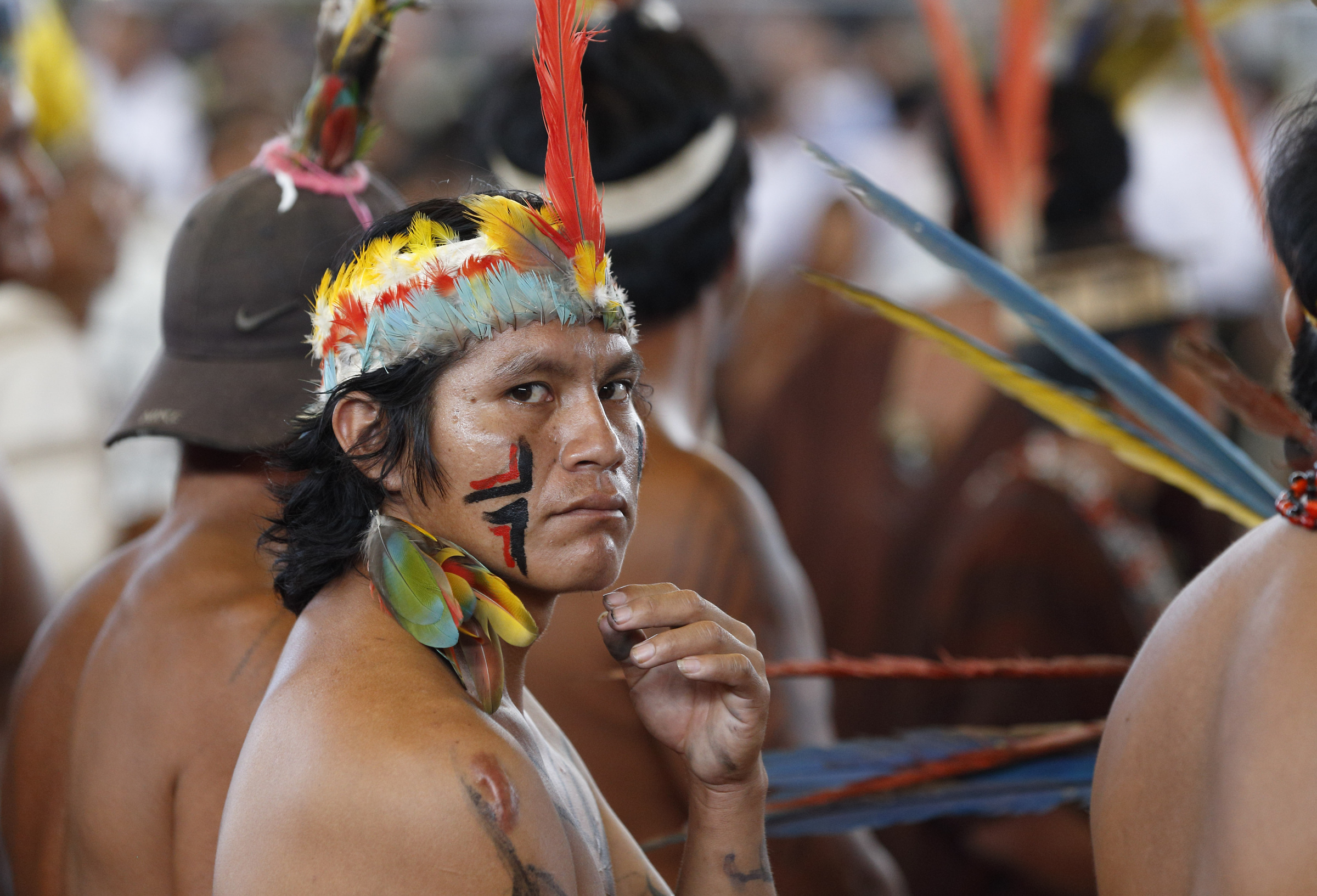 With Amazon Synod, Rome responds to needs of local Church

Amazon Synod: where there is despair, Francis brings hope

The ceremony preceding the synod, which begins in two days, culminated with the planting of a holm oak from Assisi. 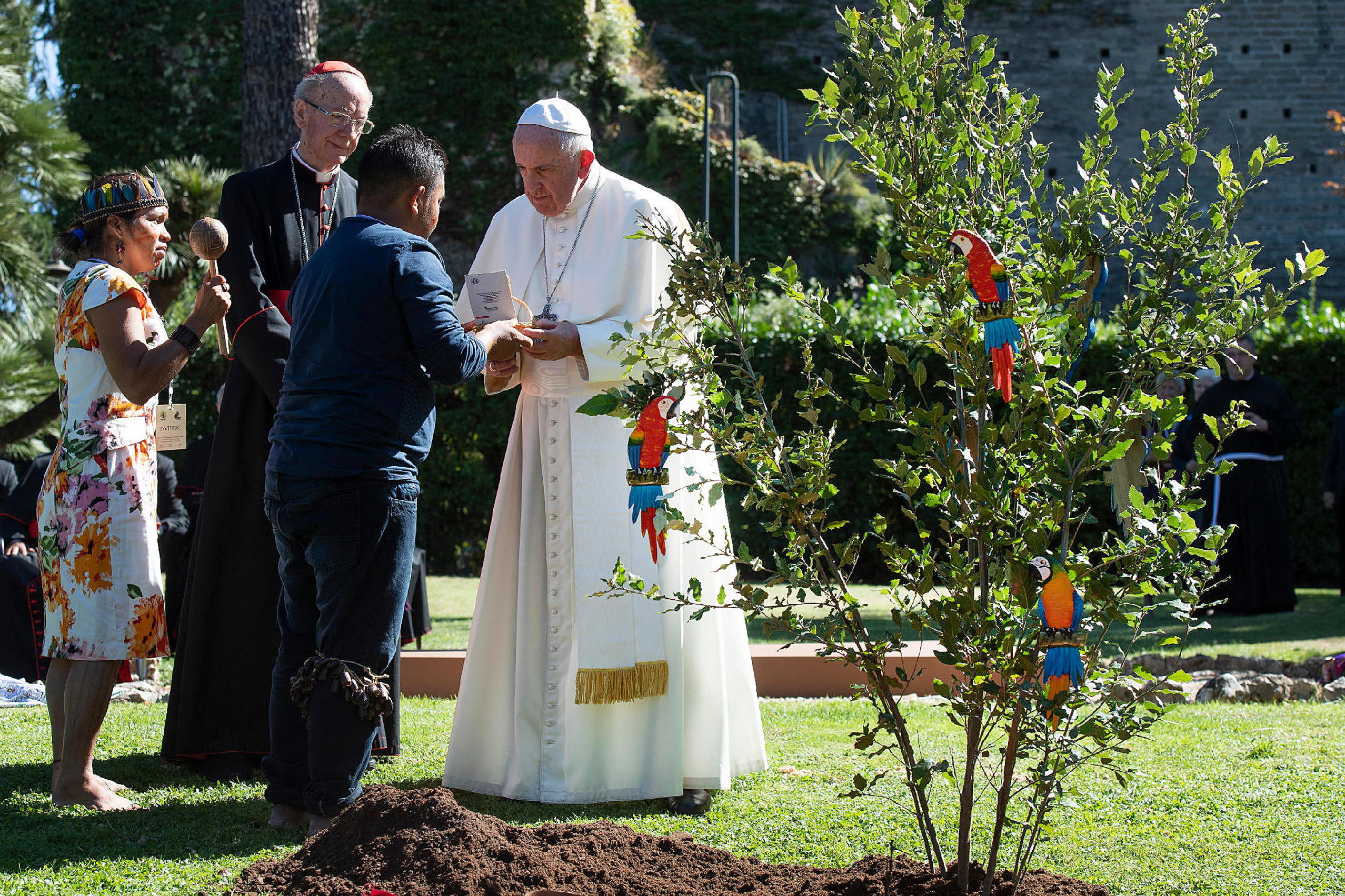 Pope Francis attends a highly symbolic tree-planting ceremony in the Vatican Gardens, placing the upcoming Synod for the Amazon under the protection of Saint Francis of Assisi.
ABACA/ABACA/PA Images

On the Feast of St Francis of Assisi, the Amazon arrived in the Vatican.

Amid the trees of the City State's gardens, indigenous representatives from the region sang, prayed and dedicated the forthcoming Synod of Bishops to the Pan-Amazon region to the 12th-century saint.

At the end of the event, Pope Francis planted an evergreen holm oak tree, also known as a holly oak, from Assisi, dipping his hands into a bowl of water and sprinkling it on the roots.

It was a moving, and emotional event, as though the Amazon river was flowing into the Tiber, giving the Church fresh waters from a mission land. Rome is providing a platform to the Amazon, a part of the world ravaged by fires and exploitation; its suffering so often ignored.

The dedication ceremony was a symbol for the current Pontificate with the first Pope from Latin America, and the first to call himself after the poor man from Assisi.

It is a papacy that has aligned itself with the poor churches such as the Amazon, prioritising a servant leadership model which connects up care for the migrants with care for creation.

The 82-year-old Roman Pontiff is a non-monarchical Pope, as he showed when he arrived for the 4 October ceremony. Officials tried to lead him to a chair set up for him on a raised platform but the Pope insisted on taking his seat among cardinals in the front row.

Sitting next to him was Brazilian Cardinal Claudio Hummes, who also sat next to Francis in the 2013 conclave. When the votes came in at that time, and it was clear Cardinal Jorge Bergoglio had been elected, the Franciscan cardinal turned to him and said: “don’t forget the poor”.

Six years later, and Hummes is back in Rome to play a crucial role in the synod as the relator-general, and today he connected the Pope’s choice back in 2013 when elected to be named after St Francis, with the work of the synod today.

The synod, he said, is focussed on “evangelisation, indigenous, and the Amazon rainforest”, while St Francis devoted his life to “peace, poor, and the care for creation”. All this, the cardinal added, is an “updating” of the Assisi friar’s message.

Before the ceremony started, the indigenous groups held up pictures of religious and lay people killed while serving in the Amazon, and then sang a welcome song: “I rowed and rowed to get here, I arrived, I will sing my joy.” They went up individually to the Pope and bowed or kneeled.

The synod consecration prayer to St Francis asked that the “Lord of the incarnation” should “guide us through the truth to find new paths of the Church and for an Integral Ecology in the Amazon.” And the first line of St Francis’ prayer, Praise be to you, my Lord, and Laudato si’, the title of the Pope’s encyclical on the environment were repeated throughout the ceremony.

Before Francis planted the tree, representatives of various groups poured soil on its routes including from the Amazon, from sustainable development projects, from places where human trafficking has taken place, from India and the sanctuary of Assisi.

The Pope and the synod organisers hope that, like the tree in the Vatican gardens, the 6-27 October event in Rome will produce new life for the Church in the Amazon and across the world.

Like the Francis pontificate, the sapling tree of the Amazon synod needs watering, and time to grow. It is also facing furious attacks from those who want to uproot it or cut it down.

By dedicating this delicate synodal period to St Francis, whom the Lord asked to rebuild his damaged Church, the Pope is placing his trust in the friar’s words.

“Remember that when you leave this earth, you can take with you nothing that you have received – only what you have given: a full heart, enriched by honest service, love, sacrifice and courage.”