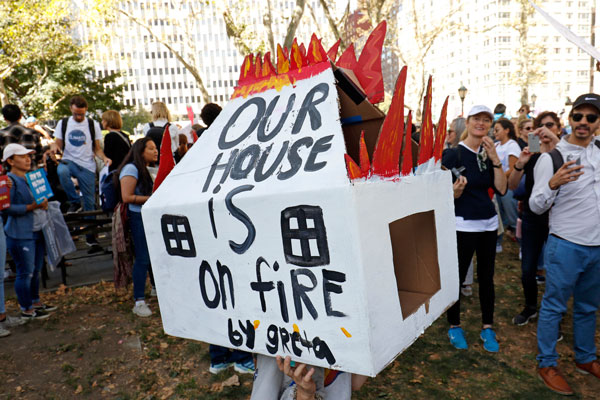 Populism is pushing democracy to the brink, warns new cardinal

'What is going on? The prime minister against parliament, losing a parliamentary majority... it’s very confusing.' 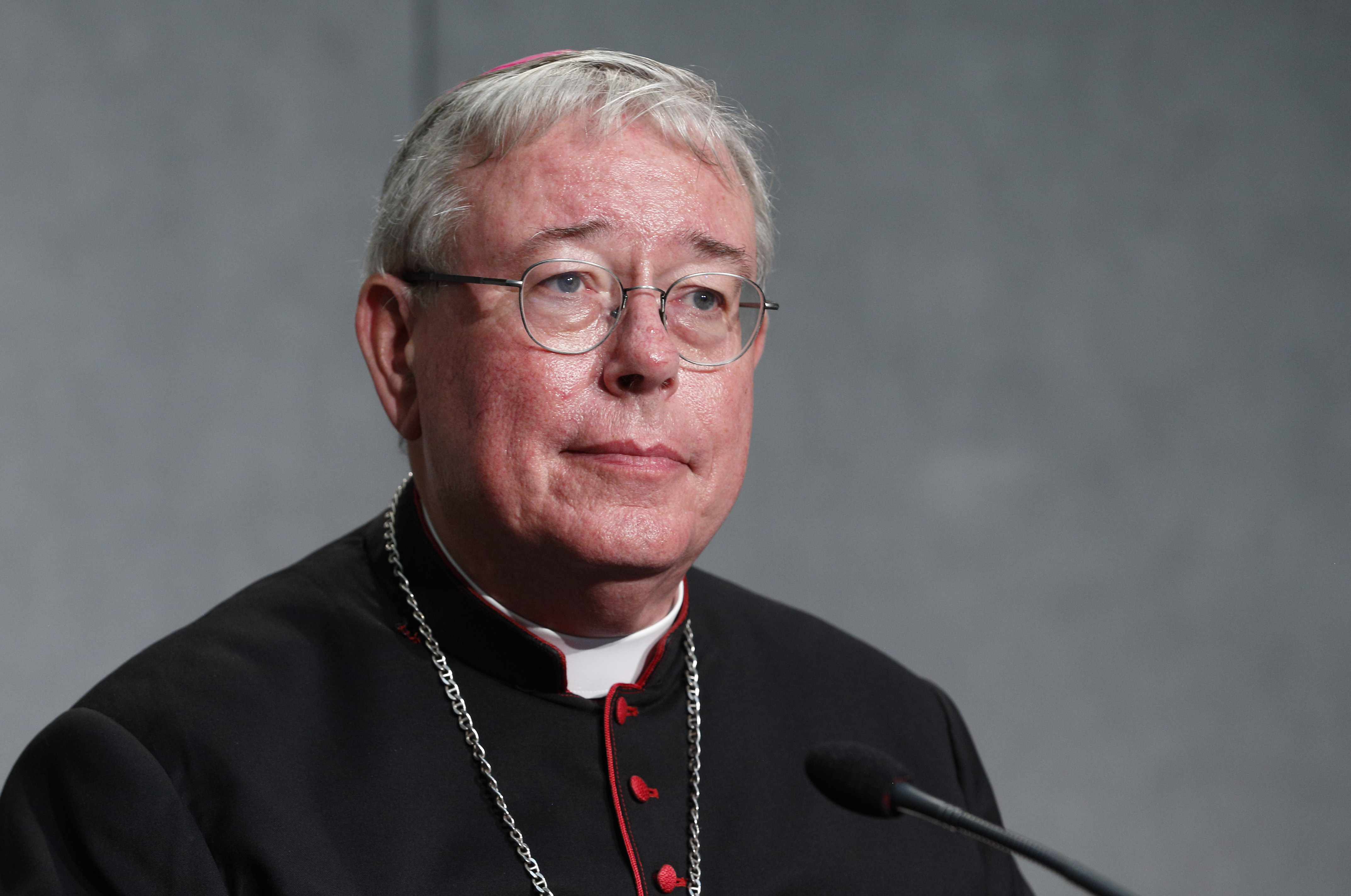 Democracy is under threat due to the rising tide of populism, according to a new Luxembourg cardinal who is urging the Church to stand against anti-democratic forces present in politics.

Archbishop Jean-Claude Hollerich, who will be made a cardinal by Pope Francis on 5 October, said the simple answers offered by populist politics will not solve complex problems and end up leaving people even more disillusioned.

The interview is published on the day the Supreme Court ruled that the prime minister Boris Johnson's suspension of parliament was unlawful, although Hollerich spoke to The Tablet before the ruling was announced by Lady Hale at 10.30 this morning.

Cardinal-designate Hollerich, 61, who is President of Comece (the Commission of Bishops’ Conferences of the European Union), said the pace of change caused by digitisation raises questions about how democracies can function in the future.

“Populism in that sense is very dangerous because the questions are not asked anymore,” he said. “You give a very simple answer – and simple answers are popular nowadays. It's much more difficult to present a complex situation and find complex solutions. But people will also be disillusioned.”

He went on: “I do not see how populism can survive with democracy, because solutions these parties present will not hold up, and will not stand the test because the situations are much more complex. So it is a very, very dangerous moment in the history of democracy and if you look to history at large, the centuries of human rights and democracy are very scarce in human history...So I think the Church should have a very clear standpoint."

The Jesuit prelate, who spent 23 years living and working in Japan, has taken a tough stance against Europe’s populist leaders accusing them of fomenting fear against migrants. And before this year’s European elections he wrote an article describing Steve Bannon, President Donald Trump’s former chief strategist, and Aleksandr Dugin, a Russian political adviser with ties to the Kremlin, as "priests of these populisms".

Across Europe, he says, there are signs of major changes from the rise of the far-right Northern League party in Italy, to the chaos caused by Brexit and the rise of populist politics in Britain.

“If you look from abroad at what is going on in the United Kingdom, you just cannot understand it anymore,” he said.

“What is going on? The prime minister against parliament, losing a parliamentary majority, endless discussions. A parliament that doesn’t want a no-deal Brexit, but doesn’t want a deal either. So it’s very confusing, even if you look at it with the best of intentions.”

While he regrets Brexit, the new cardinal says that he respects the 2016 referendum result, and wants the United Kingdom and the European Union to find a deal. It is wrong, he said, for a country of Europe to be punished or marginalised as this goes against the “European idea” which inspired the bloc.

“If the United Kingdom is not a member of the European Union, it is still a European country, and we need to have good relations,” he explains. “So we should do everything to have the best deal, and compromises have to be found, and that is very important for me.”

Compromise, he said, should not be viewed as “something bad”, but something that allows people to live together.

Hollerich is opposed to a “no-deal” Brexit currently being put forward as a possible scenario by Boris Johnson’s government and which has the support of politicians who are Catholic, including Iain Duncan-Smith and Jacob Rees-Mogg, leader of the House of Commons.

He emphasised, however, that the Church should not impose a political opinion on anyone, and said he will “always be a defender of freedom of expression, even people say things which are different to what I think myself.”

Archbishop Hollerich entered the Society of Jesus in 1981 and six years later started teaching at Sophia University in Tokyo, Japan. He went on to hold a series of senior positions at the Jesuit-founded university until he was named Archbishop of Luxembourg in 2011.

He was “surprised” to be chosen as a cardinal, adding: “I thought there are more important people in Europe than myself.” There are fewer than 500,000 Catholics in the mini-state.

“Luxembourg is also not exactly the periphery in Europe if you look to the wealth of the country. We are rather at the peak than on the periphery,” he said. “We are the periphery of faith, that is very clear”.

The cardinal says he is not “a cardinal of Europe”, but “a cardinal of the Catholic Church, which is universal,” adding that European problems should not be placed on the “world level”. Other continents in the Church, he says, have "completely different" concerns to Europe and the United States.

“I think it’s normal that there are fewer European cardinals,” Hollerich explained. “I think the universal church, should reflect more the universality of the Church”.

The Luxembourg archbishop has impressed the Jesuit Pope, who later this year will travel to Japan, and chose Cardinal-designate Hollerich to attend next month’s Amazon synod. Hollerich caught attention during the synod on youth with his intelligent and thoughtful interventions. His global, outward-looking, missionary approach mirrors that of this pontificate.

Over the summer the archbishop travelled to Thailand and Cambodia with 65 young people for a pilgrimage to “meet God, and a new continent”. He said he encourages young people to develop a prayer life and encounter God in everyday life. Many young people attracted to Christianity, the new cardinals says, struggle to practise prayer alone, regardless of whether they are more traditional or progressive.

“I think the way of discernment of the Pope is very important, because reality is not black and white, there are many nuances in between. We have to see reality and meet God in reality,” he said. “It’s not just confined to big liturgies, even though I like big liturgies very much.”

Without encountering God in everyday life, he said, “we become secularised” and that "sometimes, the more conservative approach of Christianity might be the most secularised".

For this reason, the liturgy becomes even more important, particularly for young people drawn to traditionalist expressions of Catholicism in the Old Rite of the Mass.

“The only place where they met God is very often in the liturgy. So they want to preserve that place,” he said. “And we know that if you want to go back to an encounter of God you had, and you create the exact environment, it will not happen again. Because God is bigger than the environment where we have encountered him”.

He went on: “So I think a greater spiritual freedom is needed, because people put spiritual curtains up, because they feel at ease."

The new cardinal said that “behind a certain facade” of young traditionalists “there are the same anxieties, the same hopes" and says Church leaders should "try to be in real dialogue with them and see what do they care for, and what do they fear.”

Resistance to Pope Francis from conservative and traditionalist quarters, he argued, is coming from people who think in “closed systems”, who are both looking back to the past, but also drawn into the trend towards identity politics.

“I think it’s very dangerous to think in closed systems," Hollerich says. "But it's also very fashionable nowadays to think in these systems. You have the same in politics, it's a phenomenon of this new civilisation, of digitisation, that is emerging."

“So I think this resistance to the Holy Father is rooted in the past but has also some reason in the present civilisation or cultural change we are experiencing, the identitarian moment becomes more important and if you need this simple identity in order to be yourself, you feel threatened immediately.”

He added: “Whereas if you can accept that our identities are always multiple, are also changing in time and history it's much more easy to accept change.”

The Pope, Hollerich explained, “does not think in closed systems” and he “puts the Gospel on the table and then says we must all together, walk together in a synodal way and take the consequences of this Gospel.”

A problem with closed systems of thinking is that when “you change a minor point and the whole statue they have erected is falling apart. So they cannot admit having minor changes, because otherwise then the whole system collapses.”

On 5 October in St Peter’s Basilica, Francis will place the red biretta on the new Luxembourg cardinal who in turn pledges to be faithful and obedient to the Supreme Pontiff.

It requires, he added, a "constant conversion" which is "even more urgent when you are a Cardinal. You cannot find any more excuses anymore not to do it.”

The same urgency is needed by the Church, which can overcome internal crises by focussing on the central truths of the Christian faith.

“We all need a conversion after listening to the Gospel. And if we agree on personal conversion, on the pastoral conversion of the Church, on ecological conversion, and other conversions we are called to do, I think we will overcome many problems.”