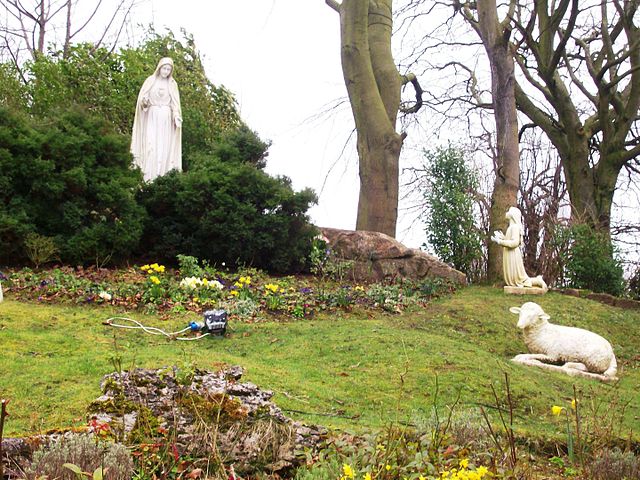 Pell: 'Amazon or no Amazon, in every land, the Church cannot allow any confusion, much less any contrary teaching, to damage the Apostolic Tradition'

Listen to the latest Tablet podcast, where foreign editor James Roberts discusses this and other issues with home editor Liz Dodd

Cardinal George Pell has written a letter from prison in which he appears to take issue with the idea of the forthcoming Amazon synod as conceived by Pope Francis.

The letter was posted on Twitter by the Cardinal George Pell Supporters account. Because prison inmates are not allowed to post on social media or ask others to post for them, the justice authorities in Victoria are now investigating whether the letter is in breach of prison rules. “Any prisoner found to be contravening prison regulations faces disciplinary action,” a justice department spokeswoman said.

Cardinal Pell’s letter from prison thanks supporters for their prayers and says he is “disturbed” by the preparations for the forthcoming synod on the Amazon.

The text of the two-page, handwritten letter – images of which were shared with CNA and confirmed by sources close to Pell – has been circulated amongst a group of Pell’s closest supporters in Australia.

In the letter, dated from Melbourne Assessment Prison on 1 August, Pell says: “We have reason to be disturbed by the Instrumentum Laboris of the Amazonian Synod....This is not the first low-quality document the Synod secretariat has produced.”

Pell also notes that “Cardinal G. Müller, formerly of the Congregation for the Doctrine of the Faith, has written an excellent critique.” On 16 July Cardinal Muller issued a series of objections to the Instrumentum Laboris.

“The main problem … is the fact that the key terms are not clearly defined and then excessively deployed,” he claimed. “What is meant by a ‘synodal path’, by ‘integral development’, what is meant by a ‘Samaritan, missionary, synodal, open’ Church? By ‘a Church reaching out’, the ‘Church of the Poor’, the ‘Church of the Amazon’, and other such terms?”

“Is this Church something different from ‘the People of God’? he asked.

“I am no expert on the region,” Pell says, but “Amazon or no Amazon, in every land, the Church cannot allow any confusion, much less any contrary teaching, to damage the Apostolic Tradition.”

“We must always remember that the Church is one, not just in the sense that good families stick together, whatever their differences, but because the Church of Christ is based in the Catholic Church, which is the body of Christ,” Pell wrote.

The 45-page Instrumentum laboris for the coming Amazon Synod, which serves as a guide for discussions, contains 146 numbered items, outlining various topics.

One sub-item in a list of suggestions says: "Affirming that celibacy is a gift for the church, it is requested that, for the most remote areas of the region, the possibility of priestly ordination be studied for older people, preferably indigenous, respected and accepted by their community, even if they have an existing and stable family, in order to ensure availability of the Sacraments that accompany and sustain the Christian life."

The document, which calls for “a Church with an indigenous face,” further recommends that the synod identify “an official ministry that can be conferred upon women, taking into account the central role they play in the Amazonian church.”

In an interview posted on 9 August by "Vatican Insider," the online news supplement to the Italian newspaper La Stampa, Francis described the synod on the Amazon as an "urgent" gathering, not of scientists and politicians, but for the church whose main focus will be evangelisation.

Among the environmental issues the pope is concerned about, the one that "has shocked me the most," he said, is the way resources are increasingly being consumed faster than they can be regenerated.

Pope Francis was asked whether the possibility of ordaining older, married men to minister in remote areas would be one of the main topics of discussion. The pope replied, "Absolutely not. It is simply one number" in the working document.

Following his conviction in the County Court of Victoria on five counts of child sexual abuse in December last year, Pell was sentenced in March to six years in prison, of which he must serve at least three years and eight months.

The verdict was immediately appealed by Pell’s legal team and the cardinal has remained in prison since that time.

On 5-6 June, judges at the Supreme Court of Victoria heard Pell’s appeal against the jury’s decision. The judges have been considering their decision since the June hearing. Sources close to the case told CNA that a decision is expected within the next two weeks.