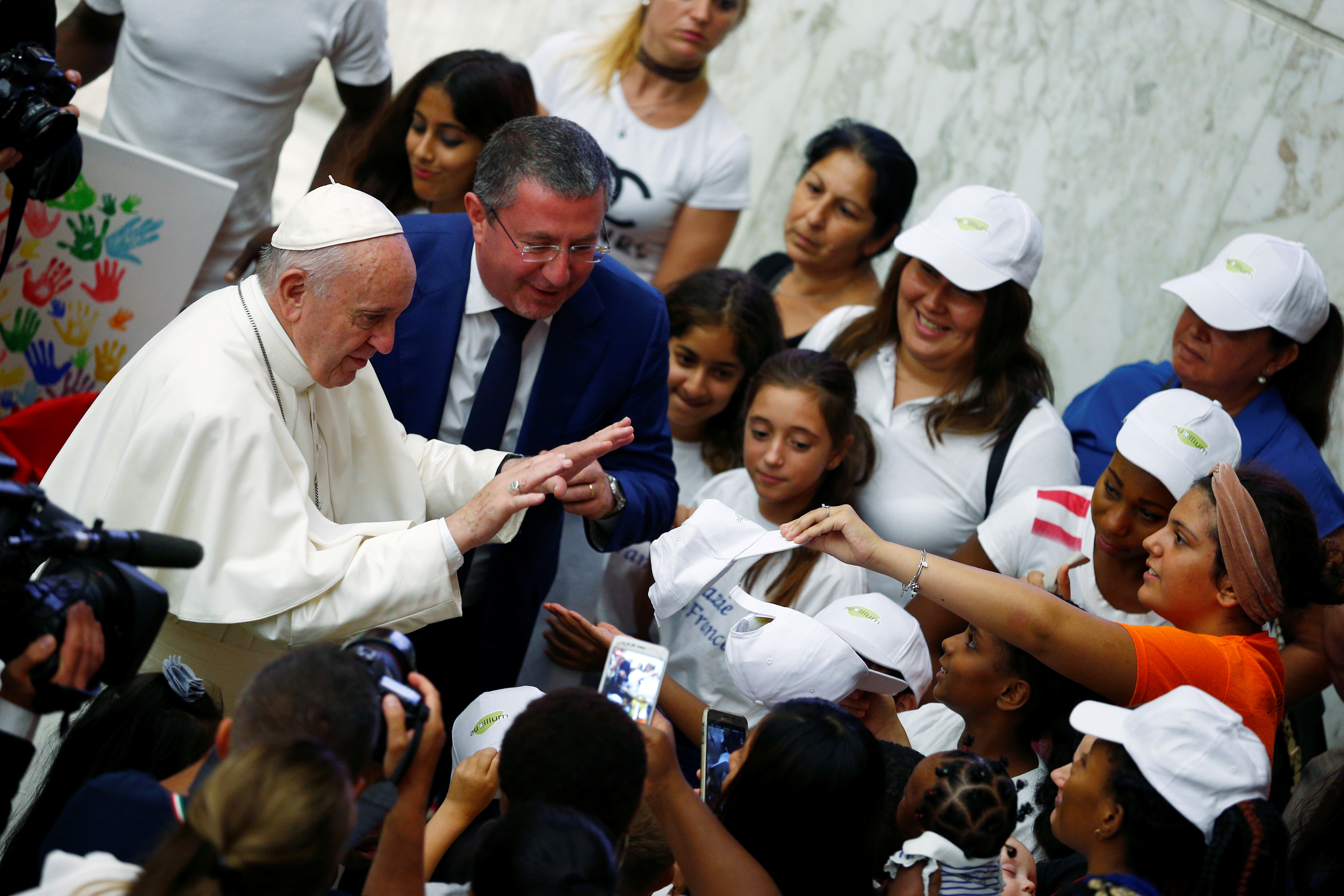 Located in a small and discreet sovereign state, the bank,has been vulnerable to corruption 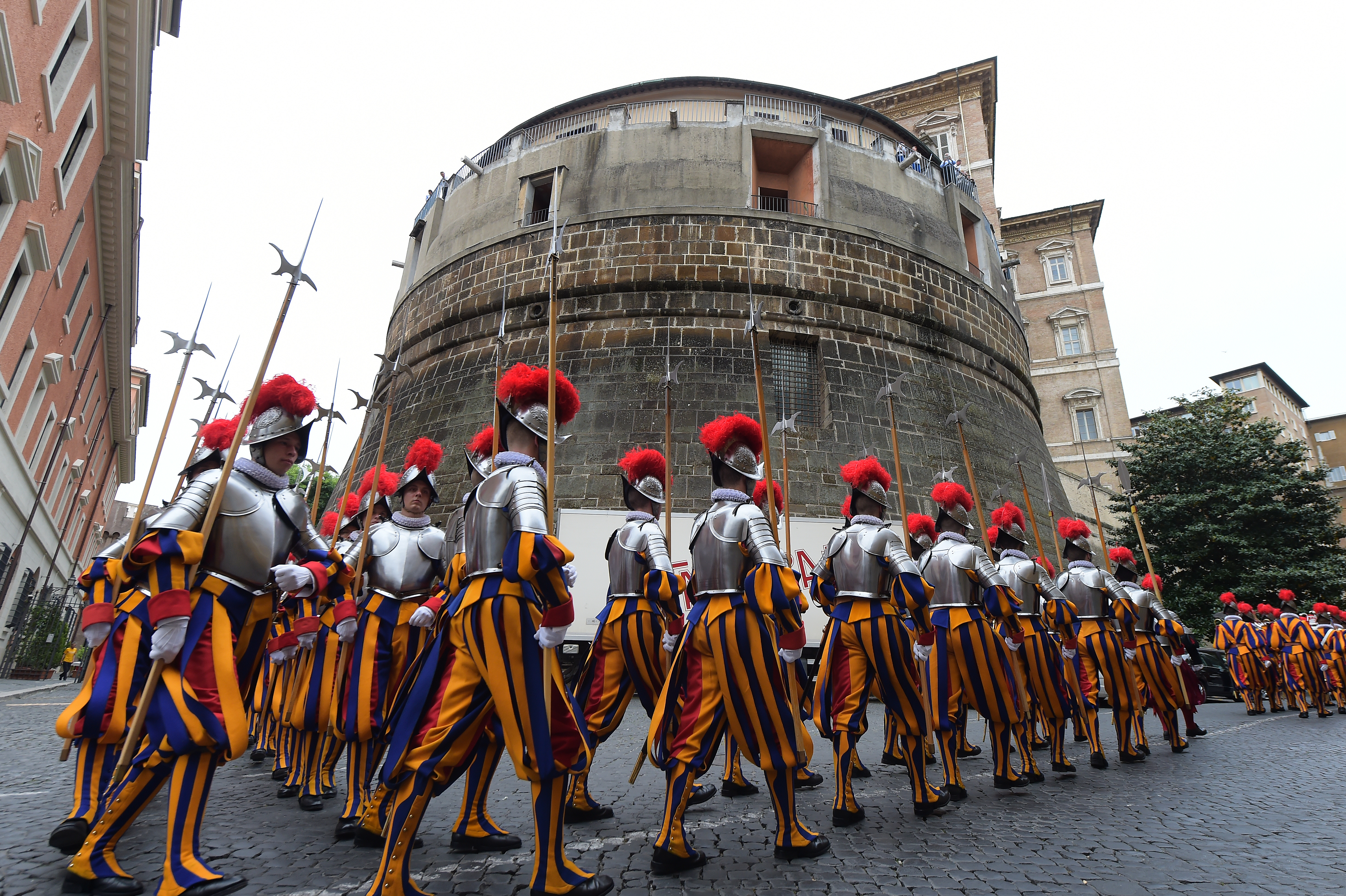 The Swiss Guards pass near the Vatican bank (IOR), located in the tower of Niccolo V at the Vatican
Vandeville Eric/ABACA/PA Images

Pope Francis has issued new laws governing the Vatican’s bank, ruling that the accounts must be signed off by an external auditor and staff sign up to a code of ethics.

Francis has approved a set of statutes which mark another step in his reforms of Vatican finances which includes cleaning up an institution that has long been a source of scandal and embarrassment for the Church.

Given its location in a small and discreet sovereign state the bank, known as the Institute for the Works of Religion (IOR), has been vulnerable to money laundering, corruption, tax-evasion and embezzlement.

It famously became embroiled in financial controversies in the latter part of the 20th century including the collapse of the Banco Ambrosiano, of which the IOR was a significant shareholder and convicted fraudster Michele Sindona who used the Vatican to channel money from his banks into Switzerland.

Francis, who toyed with closing the Vatican bank in the early days of his pontificate, is putting the bank under firmer oversight while ensuring it follows its original purpose of holding assets intended for “the works of religion or charity”. His statutes update ones set down by Pope St John Paul II in 1990.

The outside auditor, the new rules explain, will be required to sign of financial statements, according to international standards of accounting. The auditors will offer their “judgment on the Institute's balance sheet” and go through all the “books and accounting documents”. The auditors chosen by the bank will serve for a term of three consecutive financial years, which can be renewed only once. Up until now, the bank has relied on internal auditors working on constantly renewable terms, although has made use of Deloitte accountancy firm to audit financial statements.

The bank, which holds assets of €5 billion (£4.7 billion), offers low-risk savings accounts to a tightly controlled group of clients, mainly religious orders, clergy and Vatican employees. Last year it made €17.5 million (£16.4 million) profits down from €31.5 million (£29.6 million), a decrease which the bank said was down to market turbulence. The profits go to the pope for him to distribute.

According to Francis’ statutes, IOR staff must now sign up to a code of ethics that prevent them from taking on outside consultancies or work for other companies which could cause conflicts of interests. All employees are required to devote themselves exclusively to the bank. In the past senior figures at the bank have been accused of serious wrongdoing. Angela Caloia, the president of the IOR from 1999-2009, and his lawyer, Gabriele Liuzzo went on trial in 2018 for money laundering and embezzlement after allegedly pocketing €57 million (£53.5 million) from sales of the bank’s assets.

With the removal of the internal auditors, the bank will be governed by four entities. At the top is a commission of five cardinals. The pope has ruled they can hold their positions for no longer than a decade (on a five-year renewable term), while in the past there were no restrictions on how long they serve. Then there is a supervisory body of lay financial experts, which the pope has expanded from five to seven. The current “board of superintendence” includes Sir Michael Hintze, a British-Australian hedge fund manager who, according to the Sunday Times 2019 rich list is worth £1.5 billion and whose wide-ranging philanthropy includes numerous Catholic causes. He is also a donor to the Conservative party.

Francis has also defined the role of the “prelate” of the bank, whose job is to help coordinate the various parts of the bank, ensuring good internal communicants and "promoting the ethical dimension” of the IOR’s work. The current prelate is Mgr Battista Ricca, although in the past the role of the prelate was left vacant. The day to day running of the bank comes from the general manager who Francis has designated should retire at 70. And the pope has set down more stringent rules for minute taking at meetings.

The new changes follow the creation in 2010 by Benedict XVI of the Vatican’s Financial Information Authority responsible for preventing money laundering in the Vatican and reporting suspicious transactions to authorities. It played a critical role in tracking down ex-abbot Laurence Soper, who went on the run after being questioned by police about child sex offences.

The IOR dates back to 1887 when Pope Leo XIII established a “Commission for Works of Charity.” It was re-established as the IOR in 1942 by Pius XII. Located in the medieval tower of Niccolo V inside the Vatican walls it does not have any branches.

Changes at the IOR started gathering pace following 9/11 and the gradual introduction of new anti-money laundering rules and legislation designed to prevent the financing of terrorism. In 2008 Italy introduced the new norms, and it became evident that the Vatican was way behind. Other banks became increasingly wary about interacting with the IOR. In January 2013, the breakdown of relations with other financial institutions culminated in the blocking of electronic payments through ATMs and credit cards by the Italian authorities in Vatican City State.

In the early months of Francis’ papacy, a clean up got underway with new rules on who could hold accounts.

According to the bank’s leadership, the reforms are working. The president of the IOR, Jean-Baptiste de Franssu, said in 2016 that it was now “impossible to launder money” through the institution.