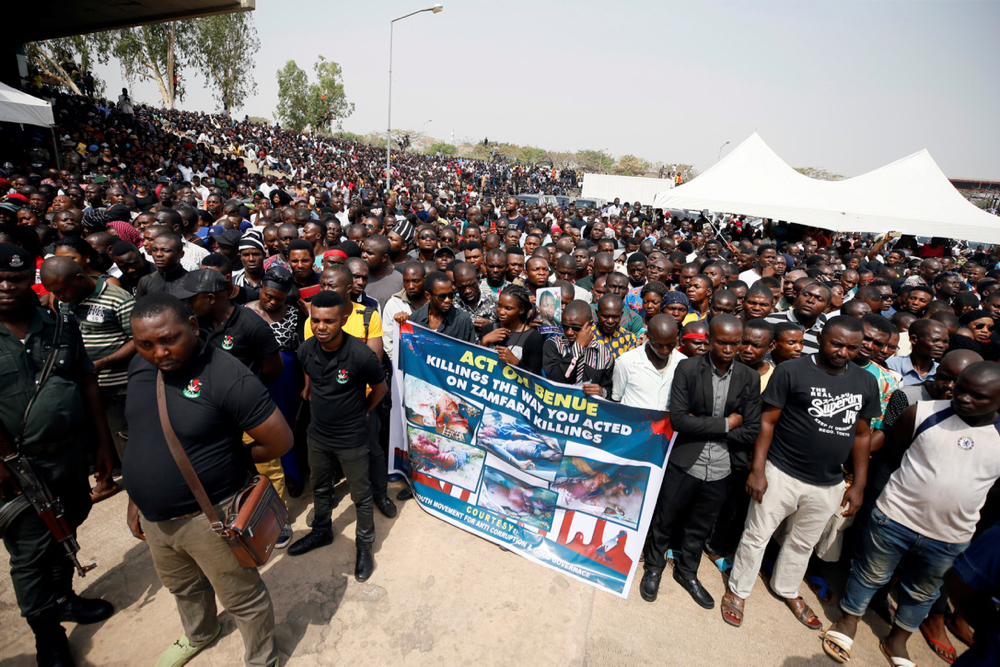 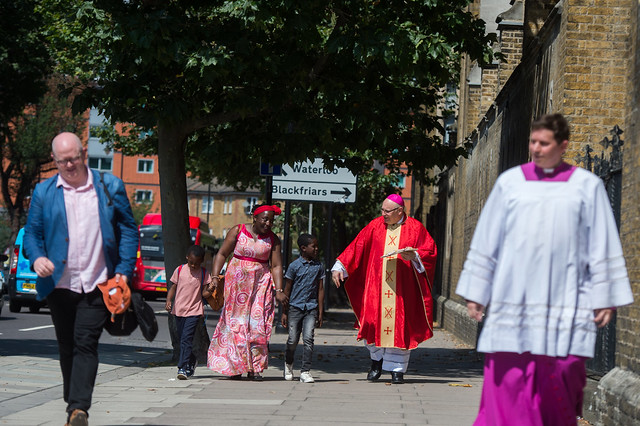 Archbishop Wilson: 'The best way to move forward is to listen, ask questions and to really take on board the answers.'
© Mazur/catholicnews.org.uk

“The best way forward is to listen,” Archbishop John Wilson has said in his first interview since being installed in Southwark. Speaking to the Bishops’ Conference’s news website Archbishop Wilson said: “Each diocese has its own particular flavour and, because Southwark’s a large diocese, there will be different resonances with different areas. There’s a lot to learn but I’m not beginning from scratch. There’s much I inherit that I want to build on and there are lots of people who have been there long before me who I will need and will rely on … The best way to move forward is to listen, ask questions and to really take on board the answers.”

Catholic charities in Scotland have called on the Archbishop of Glasgow to offer church property to asylum seekers made homeless by a mass eviction. The housing management company, Serco, which used to provide housing to around 300 asylum seekers, announced that it would be issu     ing eviction notices as part of its “Move On” protocol last year, but only began evicting tenants at the end of July. Justice & Peace Scotland, Marian Action and the St Vincent de Paul Society told Archbishop Philip Tartaglia that “forcing already vulnerable people into destitution is inhumane”. They warn that those who are being turned out of accommodation “face the terrifying prospect of being forced into street homelessness and destitution, with all the inherent dangers this brings”. The letter suggests that empty parish houses, which have increased in number with the clustering of parishes within the archdiocese, could be used for emergency accommodation. Archbishop Tartaglia has written to the home secretary, Priti Patel, calling the evictions “harsh”, urging the government not to force homelessness on asylum seekers but to provide safe accommodation “in accordance with their human dignity and human rights”.

The total number of Orange marches taking place in Scotland has dropped, with figures published in the Scottish Catholic Observer indicating a year-on-year decline since 2017, when there were 834 marches. There were 747 marches in 2018 and just 500 so far in 2019, with the bulk of the marching season now past. These figures compare with highs of more than 850 15 years ago. The Church in Scotland said that the number of marches was “less important than the manner in which they are conducted”.

A new study has found that older people in Ireland who regularly attend religious services have better mental health than those who don’t. The findings of the Irish Longitudinal Study on Ageing (Tilda) at Trinity College Dublin were drawn from data gathered between 2010 and 2016 from more than 6,000 over-50s. Of those surveyed, 86 per cent of women and 76 per cent of men attended religious services regularly. Attendance at services was associated with having a wider social network. The mental health of those who said religion was very important to them but who did not attend religious services fared worse than those who did.

In a moving homily for families and children at Lourdes, Bishop Nicholas Hudson, an auxiliary in Westminster, recalled how his father’s friendships with lonely people, elderly people, prisoners and homeless people taught him how Christians can show love for their neighbours.

Bishop Francis Duffy of Ardagh and Clonmacnois has said vandalism of church property is not “a victimless crime” and is “profoundly disrespectful to people of faith and to places of worship”. He was responding to the vandalism last weekend of St Michael’s Church in Longford, the second time the church has been targeted since Easter 2017. The church was broken into and windows, including a stained glass window, were smashed. Separately, Mass went ahead on Monday at Scrouthea Hill oratory outside Clonmel, County Tipperary, which, along with a Cross erected in 1950, was vandalised last week and daubed with swastikas.