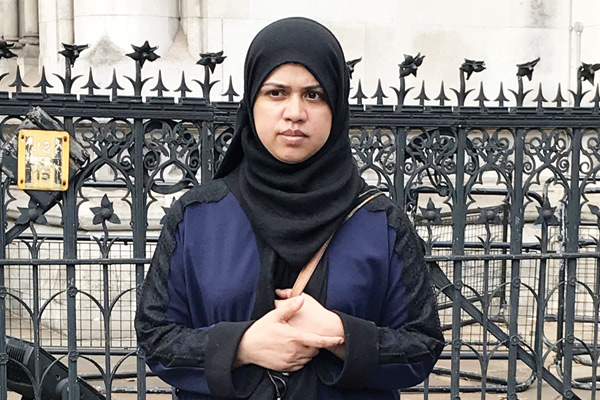 News briefing: From Britain and Ireland

The new auxiliary bishop for the Archdiocese of Armagh has warned that people in Northern Ireland “don’t want a hard border” and are worried “it could lead to violence again”.

Speaking to The Tablet on Sunday after his episcopal ordination, Bishop Michael Router stressed that a hard border would be “a very regressive step” for the island of Ireland. “People are very worried that we will have some form of checkpoints or customs on the border and it could lead to violence again. Anything that can be done to avoid that we will try to do,” he said.

Bishop Router emphasised that a hard border was a threat to everything that had been established through the peace process over the past years in Northern Ireland. He expressed the hope that politicians would “work together and work out a solution that is for the good of all the people on the island, both communities in Northern Ireland and people in the South”.

On the impasse in Stormont, the 54-year-old, who was ordained for the Diocese of Kilmore in 1989 encouraged politicians from all sides to get talking to restore the institutions. “I think that is vital for the future,” he said.

The Archdiocese of Armagh, with a Catholic population of more than a quarter of a million, straddles the border, encompassing most of the counties of Armagh, Louth and Tyrone as well as parts of counties Derry and Meath.

In his address in St Patrick’s Cathedral in Armagh, the bishop, who will assist Archbishop Eamon Martin and be based outside Dundalk, acknowledged that “the Irish Church’s mistakes and failures have caused deep hurt and pain to many people” who have “turned their backs to us and walked away”.Referring to the  “dethroning” of Catholicism across the Western world, where it is “gradually disentangling” from the “dominant institutions of societies where it long held political and social power”, he said the fact that the Church had been stripped of its former power and prestige was not a negative thing.

Paradoxically, it liberates the Church “to find a new and creative voice in the present,” he said.

“The Church will be smaller and humbler in the future but those who are involved, who practise regularly, who volunteer their time, energy and resources to support the mission, will be doing it  ... because they want to.”

The former parish priest and director of adult faith formation in Kilmore sent a message of solidarity to Catholic women in his address, acknowledging that “as a Church we rely heavily on the cooperation, support and help of women to achieve anything worthwhile”. He said the contribution of women “needs further enhancement and development if we are to flourish in the future”.

Referring to the Pope’s recent warning, in his Exhortation Christus Vivit – that “a Church that is overly fearful and tied to its structures can be ... critical of efforts to defend the rights of women, and constantly point out the risks and the potential errors of those demands” – he said a living Church can be attentive to the legitimate claims of women who seek greater justice and equality.

Stressing the need for greater education and formation of committed lay people to provide leadership at a liturgical, spiritual and administrative level and in evangelisation, he told the packed cathedral, with civil and religious leaders present from all sides of the community, “Now is the time for us, people and clergy together, to listen to the promptings of the Holy Spirit in order to shape a Church fit for purpose in the twenty-first century.”