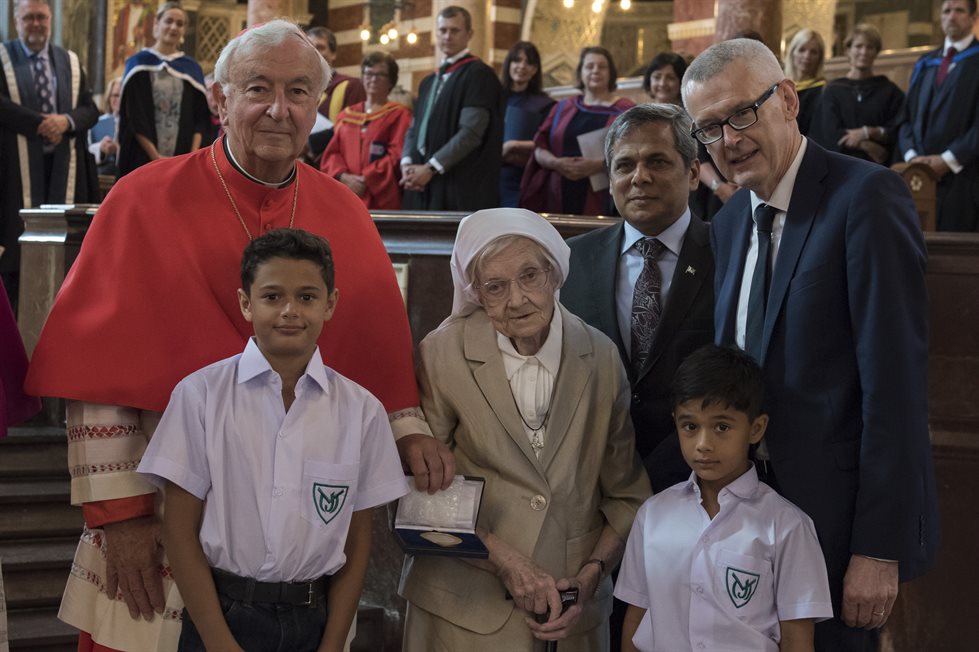 New bishop of Clonfert calls for 'new and deeper' evangelisation

Michael Duignan spoke up for those who are hurt, broken and feeling rejected on the edges of church and society 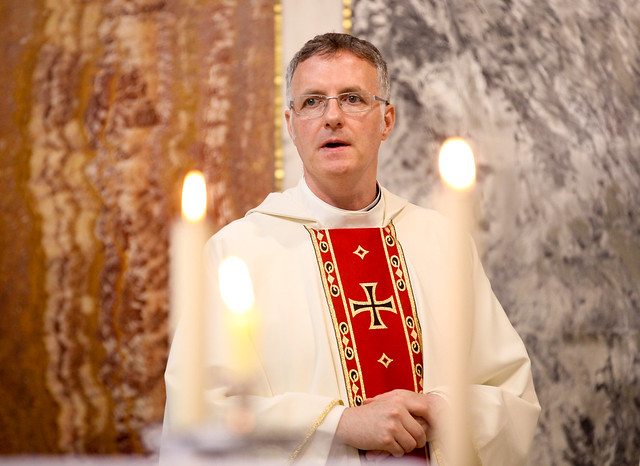 Father Michael Duignan, a priest of the Diocese of Elphin, reflecting on his appointment as the new Bishop of Clonfert.
John McElroy, Irish Catholic Bishops

The priest who is to be the new Bishop of Clonfert in Ireland has called for a "new and ever deeper evangelisation" to navigate the "ever changing and difficult" waters of the present day world.

In particular, Bishop-elect Michael Duignan, from the Elphin diocese, spoke of the need to speak the gospel to "those who lie hurt and broken, feeling rejected, on the edges of church and society".

Responding to the announcement earlier this week of his appointment, Bishop-elect Duignan quoted both the Pope Emeritus and Pope Francis.

He said: "Life is better not worse with Christ Let us rejoice in the realisation that life is better not worse with Christ. To quote Pope Emeritus Benedict – “Do not be afraid of Christ! He takes nothing away, and he gives you everything. When we give ourselves to him, we receive a hundredfold in return. Yes, open, open wide the doors to Christ – and you will find true life.” (Benedict XVI, April 2005) In his recent Apostolic Exhortation Christ is Alive which is addressed in a special way to young people, Pope Francis  echoes these words when he speaks of how the  Holy Spirit “takes nothing away from you, but instead helps you to find all that you need, and in the best possible way".

He was so distracted when he was told about his new position by the Apostolic Nuncio Archbishop Okolo, he lost his way and drove for miles in the wrong direction. But he was able to turn this into a parable-style mini-homily for our times.

He said: "After His Excellency, Archbishop Okolo, broke the news to me that the Holy Father would like me to become the next Bishop of Clonfert to say I was shocked, would be an understatement. Leaving the Nunciature on the Navan Road to return to Sligo, I found myself on the M50 at the airport exit having driven miles in the opposite direction to where I was supposed to go.  As you will appreciate turning around on a motorway is not easy and it took me some time to redirect myself back over the toll bridge towards the M4 and the road west.

"The incident brought to mind the story told of the Apostle Peter who, when things were getting tough for the early Christian community in Rome under the emperor Nero, decided to pack it all in and return to his former life as a fisherman in Galilee. (Apocryphal Acts of Peter) Making his way out of the city, Peter is said to have met Jesus travelling in the opposite direction back towards Rome. He stops and asks: 'Domine Quo Vadis' – 'Lord where are you going?'  Jesus replies: 'To Rome to be Crucified Again.' At that Peter comes to the realisation that his place is with the Christian community in the city. He returns to be with them in their hour of need and ultimately takes up his own cross and like many of his fellow Christians dies a martyr’s death.  I sincerely hope that doesn’t happen to me. Certainly, I can understand Peter’s panicked desire to run away – while at the same time feeling called to stay and do the Lord’s work." 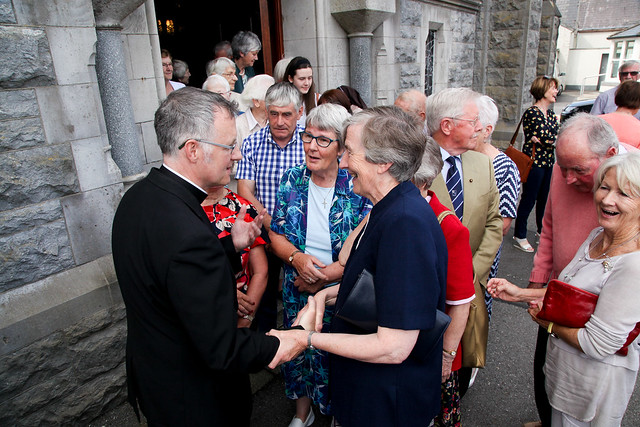 I was also reminded also of the original encounter between Jesus and Peter as told in the Gospel of Luke. "Jesus intervenes to right a bad days fishing. Peter sensing something divine at work falls to his knees and says – 'Go away from me Lord for I am a sinful man.' When faced with the task put before me today, I can identify with Peter. I am conscious of my own sinfulness, of my own flaws and weaknesses, my particular ways and shortcomings, my need to ever listen and to continuously learn. Like Peter, I find myself personally challenged to find God’s hand in it all. With trust tested, I pray for the grace – as the words of that great hymn Be still my soul so beautifully puts it – 'to leave to my God to order and provide'. (Katherine von Schlegel)"

He concluded by drawing on the wisdom of Saint Brendan.

"Today a new chapter opens up in my journey of life. So too a new chapter opens up in the journey of the people of God here in Clonfert. Although, I have lived in Sligo for many years, I come from just outside Athlone not far from Taughmaconnell on the borders between the dioceses of Elphin and Clonfert. I am very conscious that I have come to a diocese with a rich spiritual tradition – the place of St Brendan, Brendan the Navigator, or to quote JRR Tolkien to 'where the knell of Cluain-ferta’s bell tolls in the green Galway'. (The Death of St Brendan). I take heart from Brendan’s zeal for the Gospel. With immense courage, he set out in faith on the great sea of life with an abiding sense that no matter what the future might bring God would be in it all."