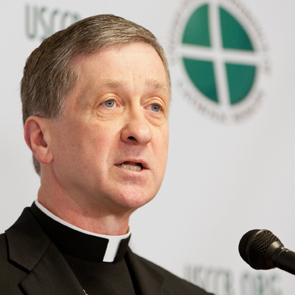 'New day' for Chicago with Francis' naming of archbishop

The row over the Church’s ban on divorced and remarried Catholics receiving communion, which has exposed deep divisions within the Curia, escalated this week as two leading cardinals denounced proposals for reform put forward by German Cardinal Walter Kasper.

Cardinal Marc Ouellet, the prefect of the Congregation for Bishops, and Cardinal Angelo Scola, have published essays in the international theological journal Communio criticising Kasper’s proposal to alter church teaching to admit remarried people to Communion in certain circumstances.

In Communio Cardinal Ouellet argues that divorced and remarried peoples' abstention from Communion acts as a witness to Christ’s indestructible Covenant and its healing presence in their lives, while Cardinal Scola outlines solutions that would not change Church teaching, such as spiritual Communion and living together celibately.

The two cardinals join five others – including Cardinal Gerhard Müller, prefect of the Congregation for the Doctrine of the Faith – who jointly authored a book where they express their disapproval.

In an interview published in the current issue of The Tablet Cardinal Walter Kasper adds that his “impression” is that the Pope would also like to see an “opening” in this area. “I hope the bishops will listen to the voice of people who live as divorced and remarried – the sensus fidei. They should listen and then next year they should decide what is possible and what is not possible,” he said. He added that he had been “a little surprised” by the opposition to his proposal.