Analysis: Does the lifting of immunity in France mark a shift in the Vatican's handling of abuse?

'I hope that the commission will revisit the most basic of questions: What does it mean to say or claim that something is, in fact, a human right?' 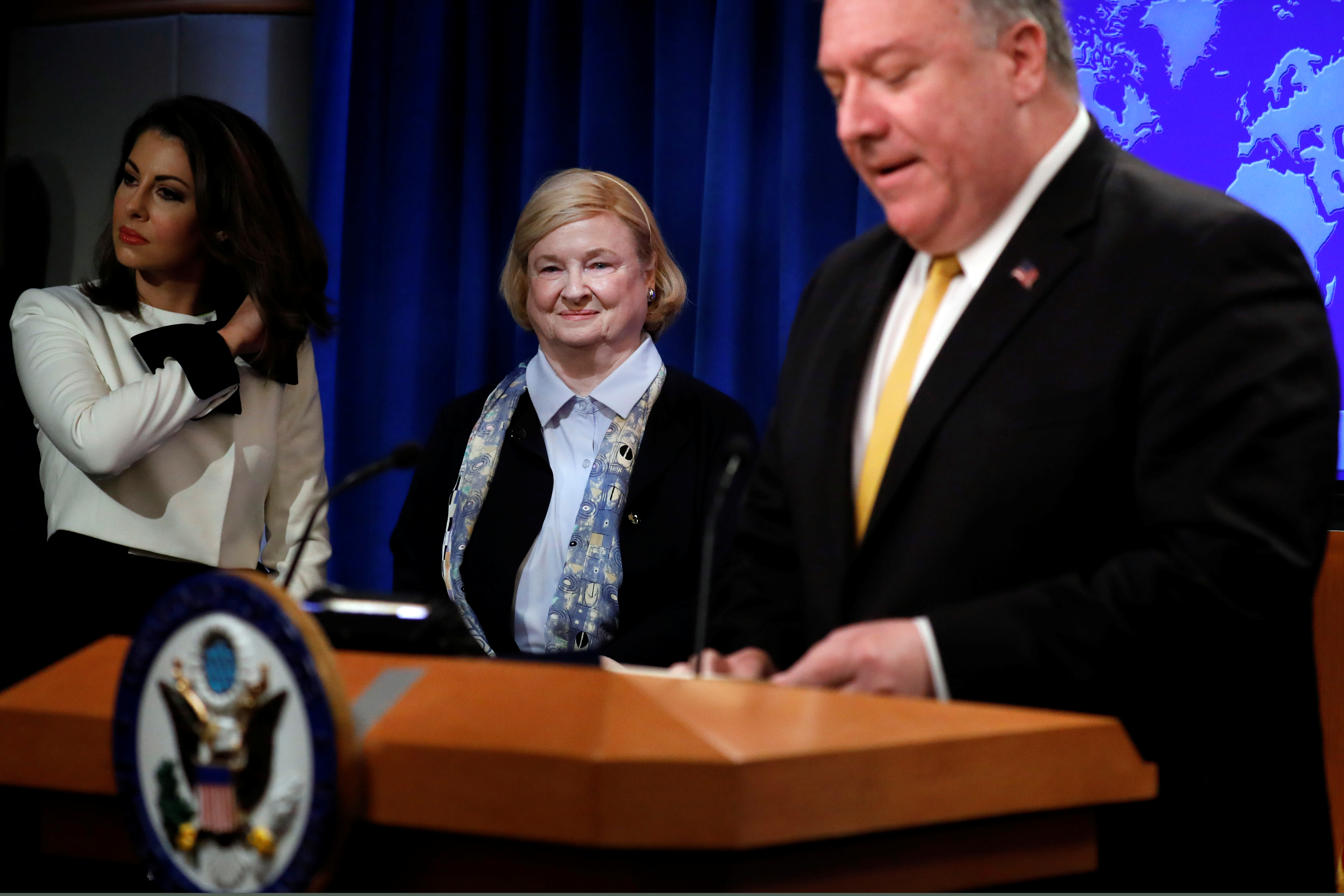 US Secretary of State Mike Pompeo introduces Mary Ann Glendon, former U.S. ambassador to the Vatican, center, as the head of the Commission on Unalienable Rights at a news conference at the State Department in Washington July 8, 2019
CNS photo/Yuri Gripas, Reuters

The Trump administration named a former US ambassador to the Vatican to chair a new commission that will review the role of human rights in foreign policy.

Mary Ann Glendon, a Harvard Law School professor, will chair the Commission on Unalienable Rights, which is expected to elevate concerns about abortion and religious freedom.

Secretary of State Mike Pompeo announced the appointment of the 10-member commission July 8 in a brief ceremony at the Department of State. He said he hoped the commission would undertake the most comprehensive review of individual freedoms since the 1948 Universal Declaration of Human Rights adopted by the U.N. General Assembly.

Pompeo said the US must be "vigilant that human rights discourse not be corrupted or hijacked or used for dubious or malignant purposes."

He described how human rights claims have "proliferated," leading some nations to be in conflict over which rights should be respected and considered valid.

"I hope that the commission will revisit the most basic of questions: What does it mean to say or claim that something is, in fact, a human right? How do we know or how do we determine whether that claim that this or that is a human right? Is it true, and therefore out to be honoured?"

He added that the commission's charge "is to point the way toward that more perfect fidelity to our nation's founding principles."

Glendon, who joined Pompeo for the announcement, welcomed the appointment and called the commission's task "challenging."

She also thanked Pompeo "for giving priority to human rights at this moment when basic human rights are being misunderstood by many, manipulated by many and ignored by the world's worst human rights violators," she said.

The US Commission on International Religious Freedom hailed the announcement.

Commission chairman Tony Perkins said it was "another way of ensuring that the protection of these fundamental rights -- the most foundational of which is freedom of religion or belief -- is a core element of strategic policy discussions."

The commission includes human rights experts, philosophers and activists. Pompeo described them as "Republicans, Democrats and independents of varied backgrounds and beliefs."