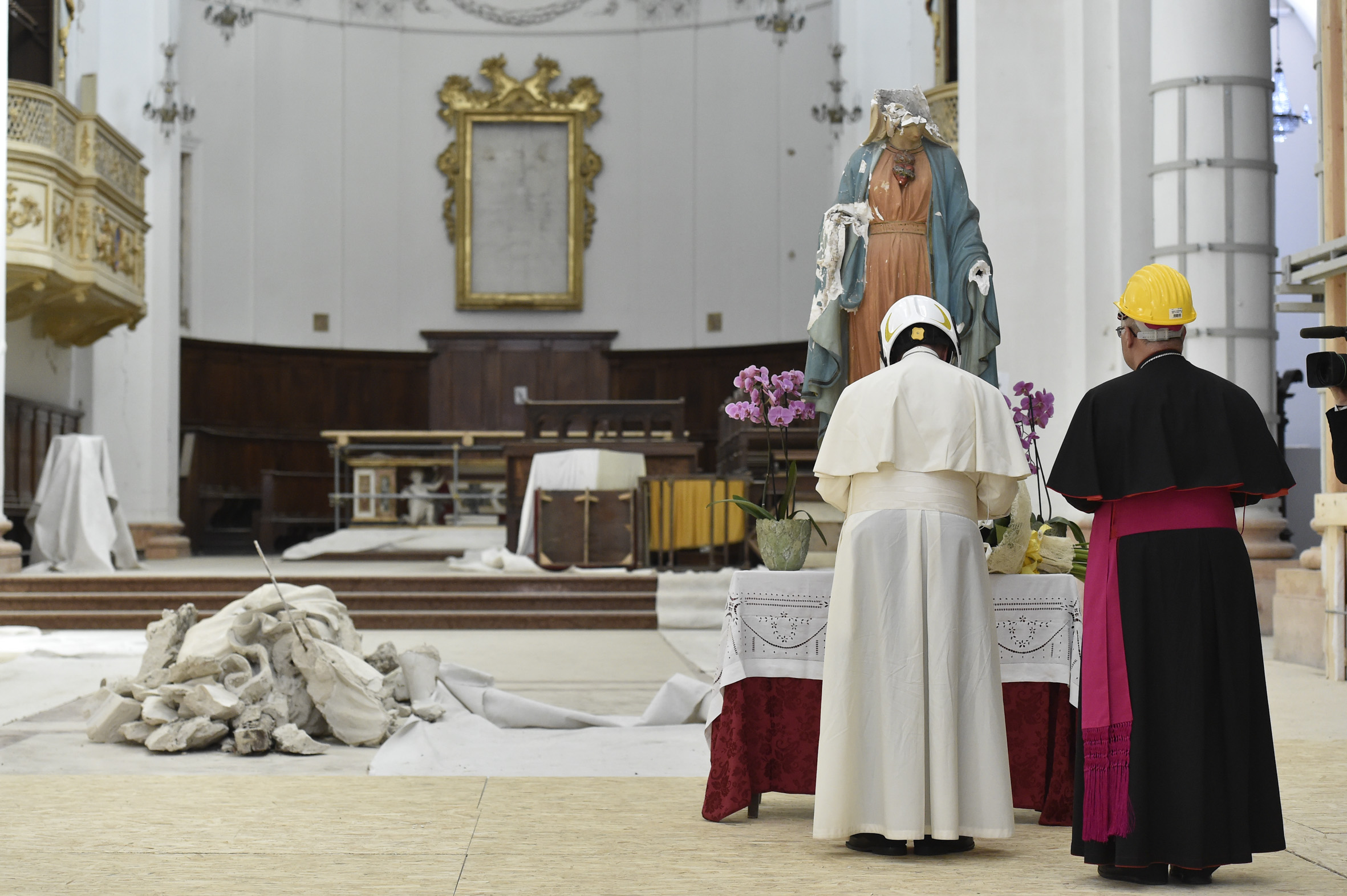 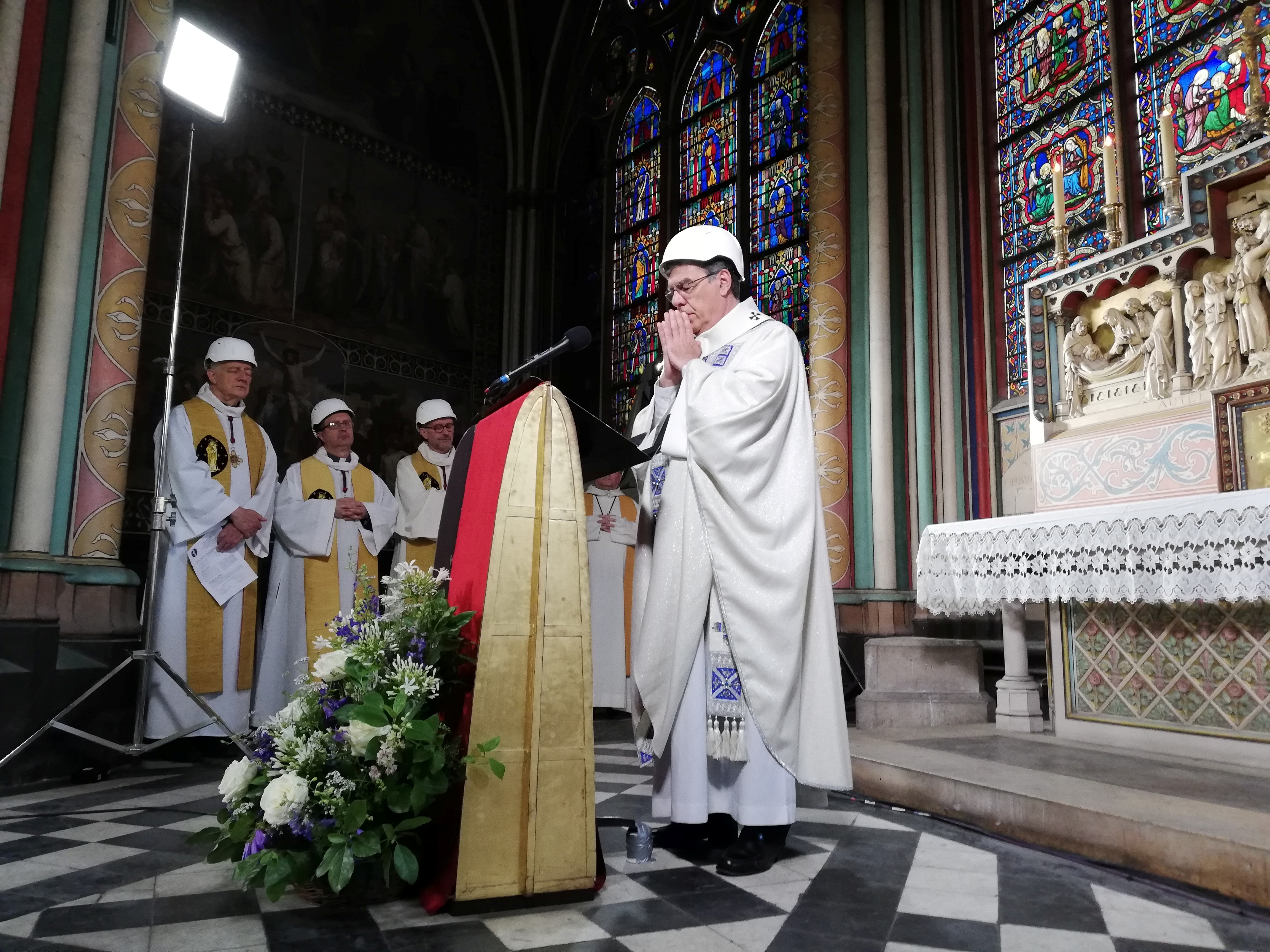 Paris Archbishop Michel Aupetit took the occasion of the first Mass in Notre Dame cathedral since its 15 April fire to remind the French that the now closed building was a house of prayer and not just a national heritage monument.

Aupetit and about 30 worshippers wore white hard hats during Mass in the Chapel of the Virgin at the cathedral’s eastern end, where light streaming through the stained glass windows showed no damage there from the blaze that destroyed the cathedral’s roof.

But KTO, the diocesan television channel that broadcast the service, also showed charred debris piled up in the nave and gritty ash still lying on the floor at the transept crossing.

Much of the cathedral’s fragile glass has been removed and its window frames bolstered by wooden supports. The fire prompted an outpouring of public support and President Emmanuel Macron has pledged to have it reopened in time for the 2024 Paris Olympics.

In his sermon, Aupetit pushed back against the overwhelmingly secular discourse about the cathedral, insisting that "the profound reason for which Notre Dame cathedral was built (was) to show the desire of man for God”.

Its only purpose was to be a house of worship and it “cannot be reduced to a national heritage monument,” he said, adding that France’s secularist policies had resulted in “the abysmal religious ignorance of our contemporaries”.

According to Culture Minister Franck Riester, total pledges to reconstruct the cathedral amount to about 850 million euros, of which about 80 million have been paid so far.

At the end of the service, Mgr. Pascal Gollnisch, head of the l'Œuvre d'Orient association aiding Middle Eastern Christians, presented to Aupetit a cross sent by Syrian Christians for Notre Dame. It was carved from stones from the destroyed Maronite cathedral of Aleppo.