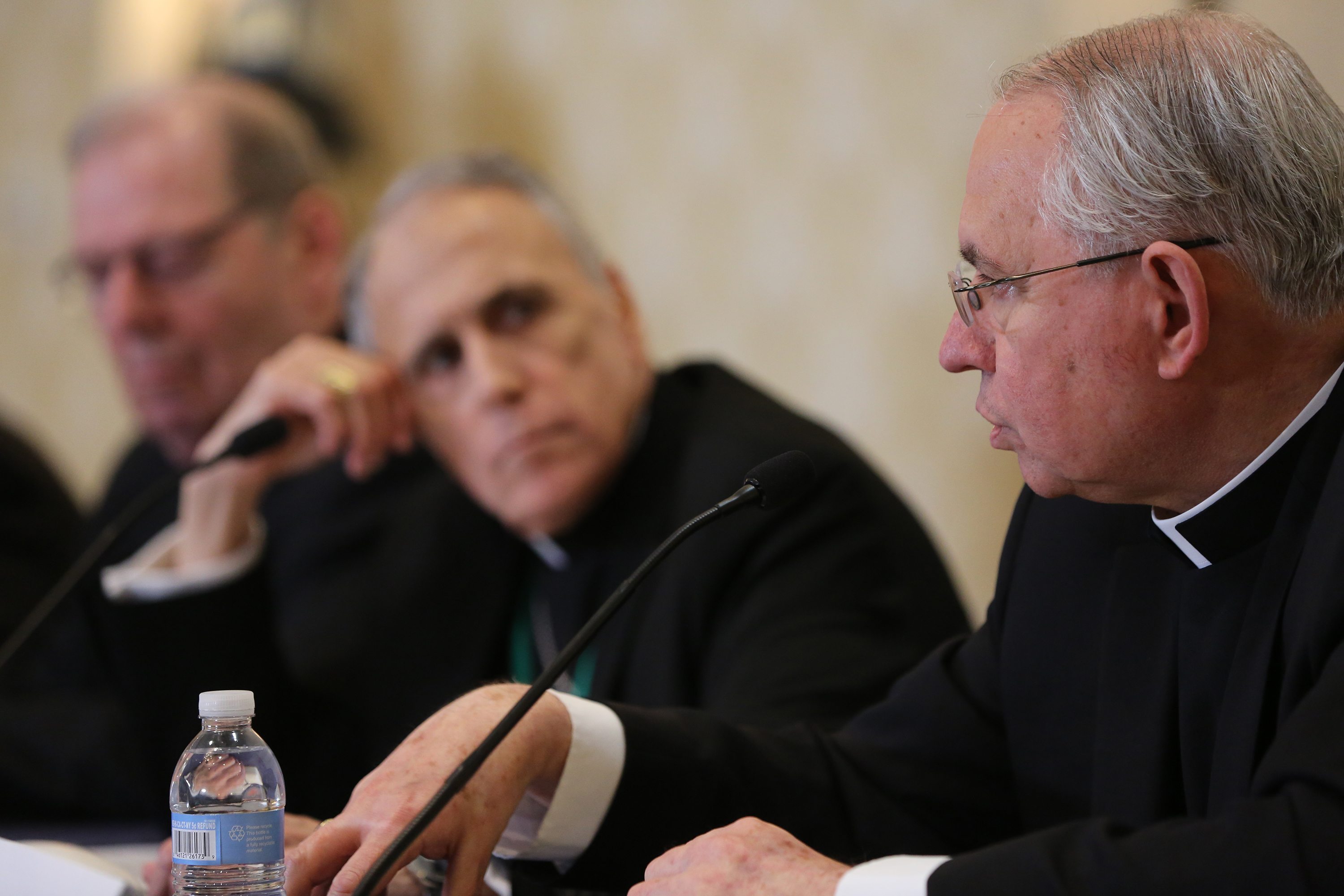 The gift of unity 'allows us not to fear diversity, not to attach ourselves to things and gifts' Pope Francis uses sign language in response to a group of people using sign language during his general audience in St. Peter's Square at the Vatican June 12, 2019
CNS photo/Paul Haring

The Catholic Church gives an authentic witness of God's love for all men and women only when it fosters the grace of unity and communion, Pope Francis said.

Unity is part of "the DNA of the Christian community," the pope said June 12 during his weekly general audience.

The gift of unity, he said, "allows us not to fear diversity, not to attach ourselves to things and gifts," but "to become martyrs, luminous witnesses of God who lives and works in history."

"We, too, need to rediscover the beauty of giving witness to the Risen Lord, going beyond self-referential attitudes, renouncing the desire to stifle God's gifts and not yielding to mediocrity," he said.

Despite the sweltering Roman heat, thousands of people filled St. Peter's Square for the audience, which began with Pope Francis circling the square in the popemobile, occasionally stopping to greet pilgrims and even comfort a crying child.

In his main talk, the pope continued his new series on the Acts of the Apostles, looking specifically at the apostles who, after the Resurrection, "prepare to receive God's power -- not passively but by consolidating communion between them."

Before ultimately taking his own life, Judas' separation from Christ and the apostles began with his attachment to money and losing sight of the importance of self-giving "until he allowed the virus of pride to infect his mind and heart, transforming him from a friend into an enemy."

Nevertheless, unlike Judas who "preferred death to life" and created a "wound in the body of the community," the 11 apostles choose "life and blessing."

Pope Francis said that by discerning together to find a suitable replacement, the apostles gave "a sign that communion overcomes divisions, isolation and the mentality that absolutizes the private space."

"The Twelve manifest in the Acts of the Apostles the Lord's style," the pope said. "They are the accredited witnesses of Christ's work of salvation and do not manifest to the world their presumed perfection but rather, through the grace of unity, reveal another one who now lives in a new way in the midst of his people: our Lord Jesus."