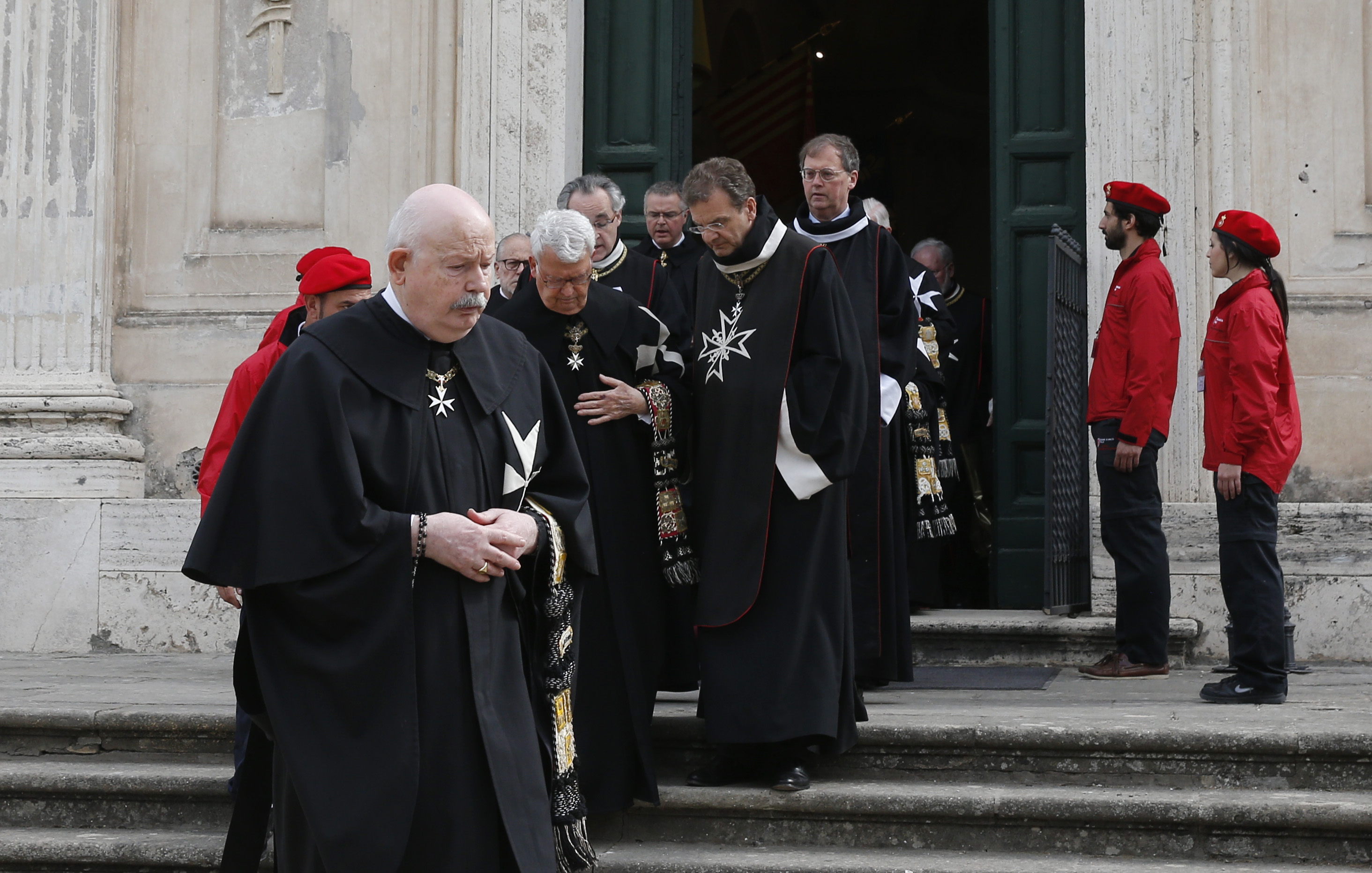 This decision goes deeper than liturgical tastes. The use of the extraordinary form has caused controversy and division in the order 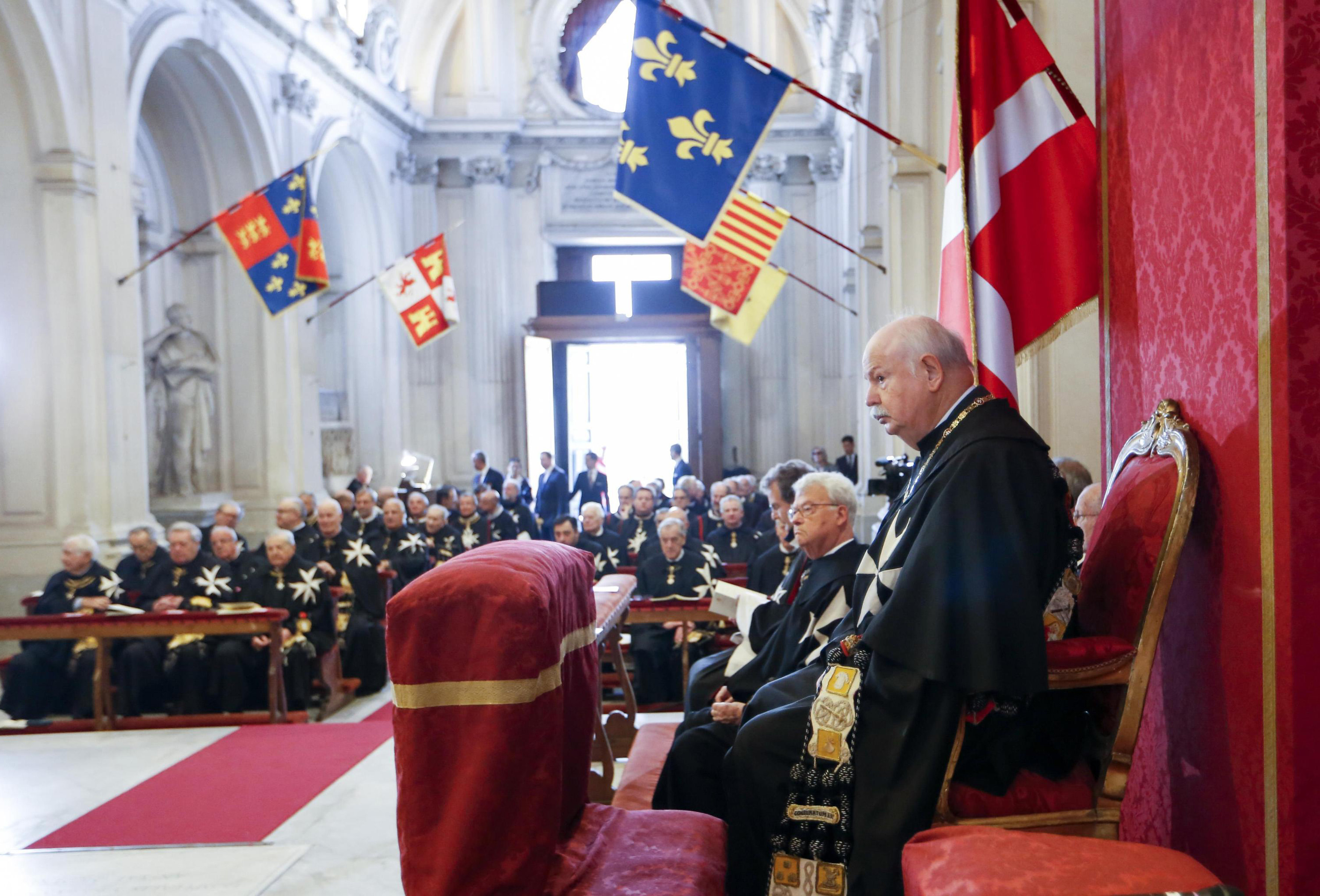 The leader of the Knights of Malta has banned all celebrations of the old rite, in what is his most dramatic step so far in reforming the 11th-century order following their public battle with Pope Francis at the end of 2016, and early 2017.

To the incredulity of traditionalists, the Grand Master, Fra’ Giacomo dalla Torre del Tempio di Sanguinetto, has ruled that “all the official liturgical celebrations” taking place among the knights must be according to the ordinary form of the Mass. His decision is in keeping with Benedict XVI’s 2007 ruling on the old rite, which asked bishops to make arrangements to provide for the Tridentine Mass where possible, but gave superiors of religious orders the right to decide whether to allow them. The ruling does not prevent individual knights from attending extraordinary form Masses.

But this decision goes deeper than liturgical tastes. The use of the extraordinary form has caused controversy and division in the order, something dalla Torre implies in his letter banning the old rite when he says the decision is motivated by a desire to foster “communion” among the Knights.

The divisions around liturgy came to the fore under the former Grand Master, Fra’ Matthew Festing, whose supporters wanted the order to become a bastion of traditionalism. Cardinal Raymond Burke, the Knights’ patron and a proponent of the old rite, also favoured this.

It is both a religious order with a spiritual mission, and a serious player in the humanitarian world dispensing over £1 billion in aid a year with a staff of around 42,000 medical personnel and another 80,000 volunteers.

Albrecht von Boeselager, the Grand Chancellor of the order, whose sacking in late 2016 sparked the row between the knights and the Pope, put it this way: “We cannot go to the poor without Christ, but we cannot follow Christ without going to the poor.” Von Boeselager was seen as a major obstacle to the traditionalists.

One source inside the order described the Grand Master’s move on the liturgy as marking “the end of the project to turn the order into a bastion of traditionalism within the Church.” The source added: “That is perfectly alright on its own, but in practice this meant a subversion or distraction from the order’s charism.”

As I reported last year, soon after he took on the role as patron of the order, Cardinal Burke started to accept invitations from various knights to celebrate the pre-Vatican II version of the Mass. Sources told me he wanted the order to help him promote his traditionalist view of the Church, and asked the knights to provide him with an office and a base. His job, however, is to be the Holy See’s representative to the knights and there is little he can do about the Grand Master’s latest decision given that since Pope Francis appointed Cardinal Angelo Becciu as his special delegate to the order, the US cardinal is in office, but out of power.

It was Festing, egged on by Cardinal Burke, who took on the Pope during the 2016/17 saga over condoms and the sacking of a senior knight, Albrecht von Boeselager, an episode that led to the English former Grand Master’s resignation and the start of the reform process inside the order.

In his book “The Dictator Pope,” Henry Sire describes Festing as an “out and out traditionalist, in doctrinal and liturgical terms” who was at “loggerheads” with the “highly efficient” German faction in the order, represented by von Boeselager.

Sire, now expelled from the order, had come to live in the knights’ headquarters in Rome’s Via dei Condotti to research and write a well-received history of the institution. His book on Pope Francis - whom he likens to a Latin American dictator - is also described as a “fruit” of his time in Rome and the historian is an ally of Festing and a defender of the old rite. Sire once described the ordinary Mass as a  “lecture conducted by the priest and two or three women of the public-librarian class.”

The reform process taking place in the order is focussing closely on the life of the professed knights whose vows of chastity, poverty and obedience make them like friars or monks. This group are what make the knights a religious order, although they are just 50 of the 13,500 knights and dames around the world. The power to govern the order is also heavily concentrated among their number, and the Grand Master can only be chosen from the professed.

During Festing’s tenure there was a vocations push for more first-class knights, and he waived the requirement that these members had to come from the ranks of the aristocracy. Traditionalism, and the old rite, became part of the “sell” to those interested in a vocation, as was the possibility of being eligible to lead a massive religious and humanitarian organisation, which is a sovereign body with diplomatic relations with more than 100 states. While Festing was renowned for helping the poor and the sick on pilgrimages to Lourdes, there was no evidence that the drive for traditionalist liturgies was going hand in hand with helping the marginalised.

The emphasis on the professed knights caused tensions with other members of the order who take on an active role in the organisation, particularly in the charitable arm. As he is married with five children, Von Boesleager is not a professed knight but has been heavily involve with the order’s aid project and sits on the governance board. His role as Grand Chancellor is the equivalent of foreign and interior minister.

“The aim was to recruit more professed, ease out lay leadership, and make the Tridentine rite, and traditionalism the central ideology of the order,” the source in the order explained.

Meanwhile, the Holy See has serious concerns about formation and the quality of their religious life. After Napoleon ejected the order from Malta in 1798, the professed knights became largely self-funded, usually living on their own and working in civil professions. But given the order’s growth since the Second World War, the professed knights could be funded by the order and live in community.

In recent years sources say the recruitment and discernment process to the professed can be alarmingly lax, as has the religious life. In reality, highest grade of knights can enjoy the trappings of office and the elaborate liturgies while ostensibly living the life of expected of monk or friar. Some professed knights have continued to have well-paid careers, and do not live in community.

In his speech at the end of a gathering of knights last month, the Grand Master raised the question of “a more rigorous observance of the vows taken” including that of poverty.

“In the current Code we already have on paper a solemn and full vow of poverty. However, Canon Law does not easily allow the granting of simple dispensations from this vow as has been permitted in the past,” he told them on 2 May 2019. “Even less acceptable, will be to continue with a lax implementation of this essential element of the religious condition.”

He also announced plans for a more rigorous, two year novitiate, saying the “the general exemption from community life” can no longer continue and that if changes aren’t implemented the knights risk losing their classification as a religious order.

“Our vocation must be all-encompassing, leaving no room for anything else!” he added.

The Grand Master’s latest pronouncement is ruling out, in stark terms, the idea that the order can become a traditionalist bastion in opposition to this pontificate. There is no time for a self-referential debate on the old or new forms of the liturgy, which has nothing to do with the knight’s mission to serve those on the margins. A far more important question is now being discerned: renewing the mission, and direction of the order.