Archbishop Warda’s visit comes as the inquiry into persecution of Christians, ordered by Mr Hunt, takes testimony from witnesses 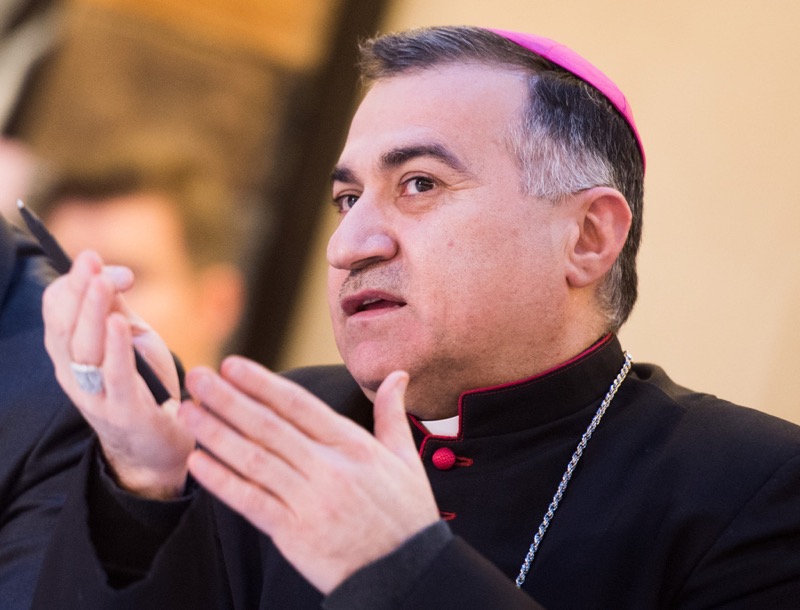 The archbishop of the Chaldean-catholic church of the diocese Erbil, Bashar Warda pictured in Erbil, Iraq, 2017
Photo: Alexander Heinl/DPA/PA Images

Archbishop Bashar Warda of Erbil, Iraq, on Tuesday met with UK Foreign Secretary Jeremy Hunt to inform him in person about the plight of Christians in Iraq.

Over the past two years, after the defeat of Islamic State, Christians have been returning to their homes in the Ninevah plains. They face a major struggle to rebuild after so much destruction by the Islamists, and continue to encounter discrimination.

Archbishop Warda’s visit, arranged by Aid to the Church in Need, comes as the inquiry into persecution of Christians, ordered by Mr Hunt, takes testimony from witnesses. Archbishop Barda also met members of both Houses of Parliament at a meeting in the House of Commons terrace dining room. In the meeting he addressed questions including:  Can Christians and other minorities survive in Iraq and elsewhere in the Middle East? Have the UN, the UK Government and other Western governments done enough to help Christians in the region? How should we respond to the UN’s failure to recognise a genocide by Islamic State against Christians and Yazidis in Iraq and Syria? And what can be achieved by the Foreign Secretary’s global review into the persecution of Christians?

In an article in the Wall Street Journal last month Carl Anderson, CEO of the Knights of Columbus who had just visited Iraq, wrote that Iranian-backed militias had swept into the Ninevah Plains, and a programme of Shia colonisation of historically Christian towns had begun, that was threatening the viability of Christian and Yazidi communities returning home.

Last month Archbishop Warda said he had met US vice-president Mike Pence several times, saying he “cares deeply about this issue”, adding that “the Americans have done some very important work, especially on rebuilding infrastructure in Nineveh”. However the need is vast, for an Iraqi Christian population that has been reduced from 1.5 million before the 2003 war to fewer than 200,000 today, and if the UK Government can emulate the US commitment this can only help a community still in desperate need.

However, even more than money Archbishop Warda says his community needs prayers. “We need prayers, and we need to know we are not forgotten by our brothers and sisters in the West.”