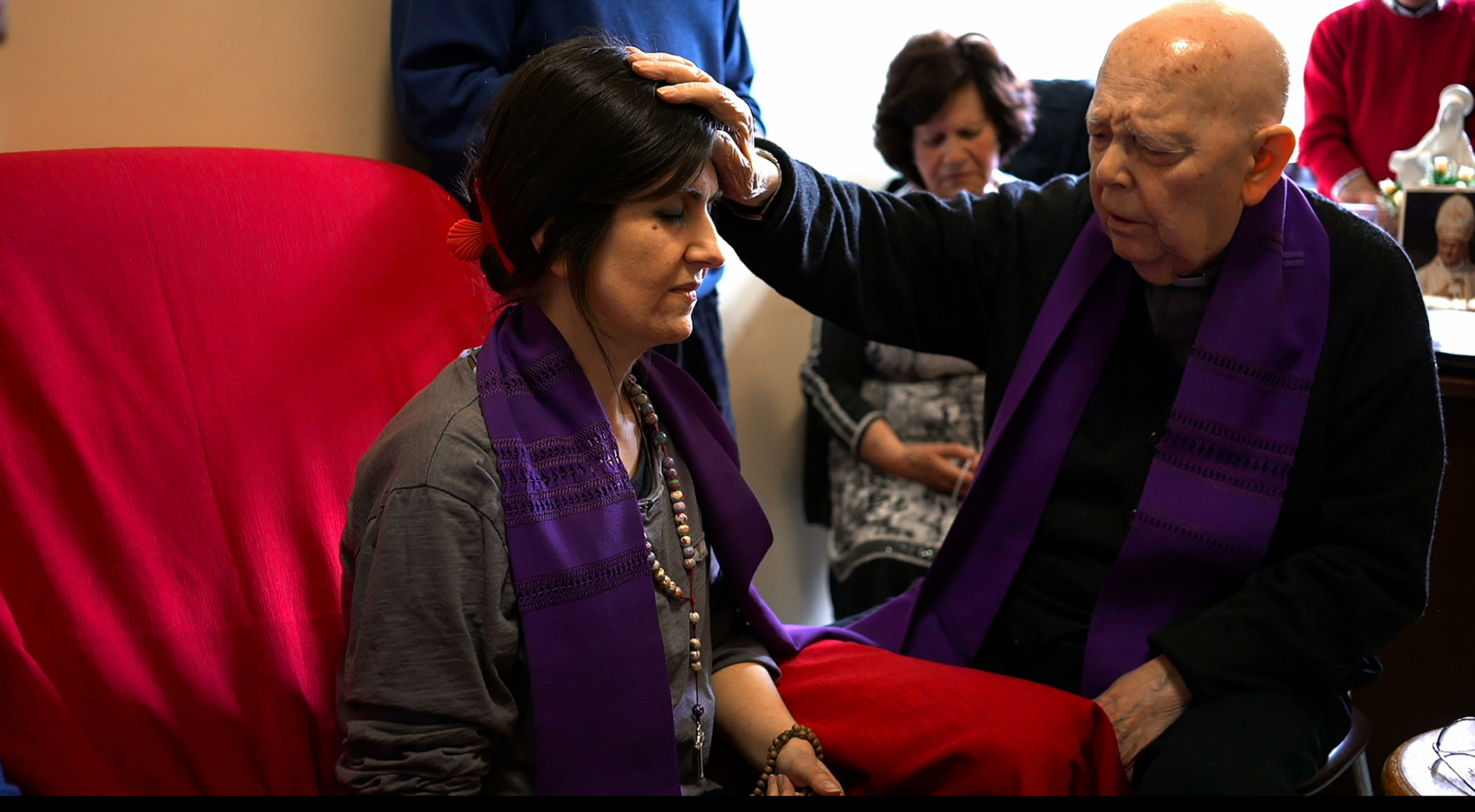 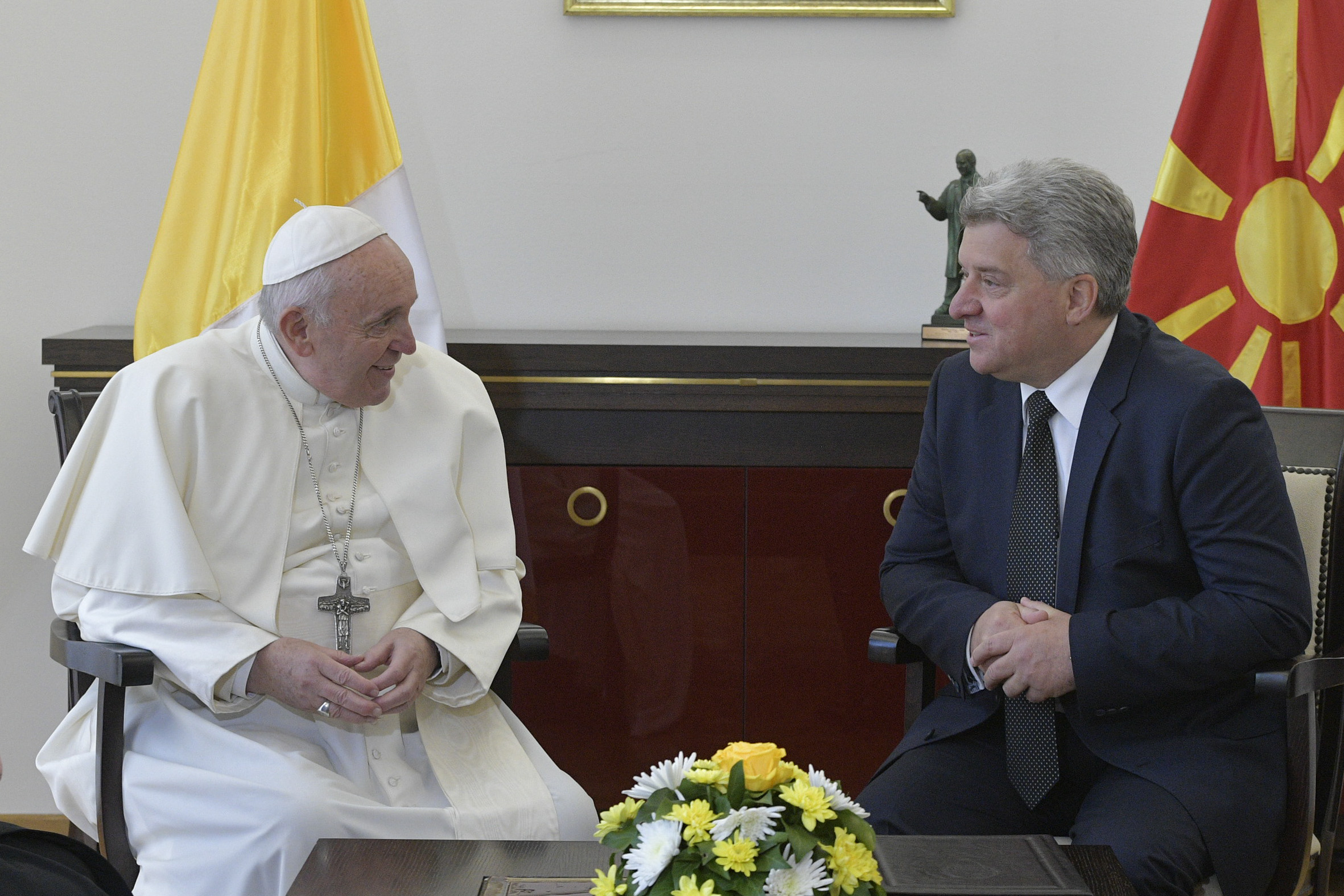 Pope Francis concluded his three-day visit to Bulgaria and North Macedonia on Tuesday with a visit to the North Macedonian capital, Skopje, where he signalled his backing for the country and other Balkan states to join the European Union.

During a speech to the president and civic leaders, Francis described North Macedonia as a “crucible of cultures and ethnic and religious identities” which have created a mosaic where each piece is essential to making up the whole.

“These particular features are also highly significant for increased integration with the nations of Europe. It is my hope that this integration will develop in a way that is beneficial for the entire region of the Western Balkans, with unfailing respect for diversity and for fundamental rights,” the Pope said.

Six Balkan states - Albania, Bosnia, Kosovo, Montenegro, North Macedonia and Serbia - are in various stages of trying to join the EU, but in his speech to the Pope, President Gjorge Ivanov complained about “decades of blockades on our European path.”

Francis is the most high profile international figure to visit North Macedonia since it changed its name from Macedonia in January, ending a years-long dispute with its neighbour, Greece.

While in Skopje the Pope visited a memorial to Mother Teresa, who was born Anjeze Gonxhe Bojaxhiu to Albanian parents in 1910 when the country was part of the Ottoman Empire.

Describing her as one of the country’s “illustrious fellow citizens” he said she had  “pioneered a specific and radical way of devoting one’s life to the service of the abandoned, the discarded, and the poorest of the poor”.

One of the highlights of Francis’ visit to Bulgaria that began on Sunday was an interreligious prayer meeting for peace in the capital, Sofia, on Monday. In Nezavisimost Square he said: “We have prayed for peace in words inspired by Saint Francis of Assisi, who was so greatly in love with God the Creator and Father of all … That love also led Saint Francis to become a true peacemaker.  Each of us is called to follow in his footsteps by becoming a peacemaker, an ‘artisan’ of peace.”

The Pope’s comments on immigration in Bulgaria also proved controversial. Addressing officials at the presidential palace in Sofia, on the first day of his visit he “respectfully suggested” that Bulgarians recognise that migrants are fleeing war, conflict or dire poverty “to find new opportunities in life or simply a safe refuge.”

“To all Bulgarians, who are familiar with the drama of emigration, I respectfully suggest that you not close your eyes, your hearts or your hands — in accordance with your best tradition — to those who knock at your door,” he told an assembly that included President Rumen Radev.

Opening the second day of his visit on Monday, Pope Francis visited the Vrazhdebna refugee reception centre near Sofia, receiving a warm reception from the 50 children and parents accommodated at the centre where Caritas Sofia provides humanitarian support.

Some Orthodox clergy, most notably Bishop Nikolay of Plovdid, criticised the Pope for backing “ecumenism”, while politicians including Volya (“Will”) political party head Vesselin Mareshki rejected Francis’ call for a welcome for refugees and asylum seekers in the country. Bulgaria’s centre-right, pro-Brussels coalition government includes three nationalist, anti-migrant parties. The government has called for the EU to close its borders to migrants and has sealed off its own frontier with Turkey with a barbed-wire fence.

Despite ruffling feathers among some Bulgarians, Francis was still warmly received in his public appearances. After the Sunday Mass on Knyaz Alexander Square in Sofia, as he was getting into his car, he made a detour to greet the young volunteers that helped priests during the liturgy. “Pope Francis! Long live the Pope”, the young crowd shouted. Making a “silence” gesture, Pope Francis told the volunteers: “It’s obvious you are young and you are capable of making noise. But I will ask you something – can you keep a quiet heart? Because it is in our heart that we can find the noblest of feelings. So - keep making noise! Always make noise, but also always carry a bit of quietness in your heart!”