Priest speaks out after McKee funeral

Christians among 'most persecuted'

Has much changed since Emperor Nero? The report shows that to this very day, Christians are persecuted still 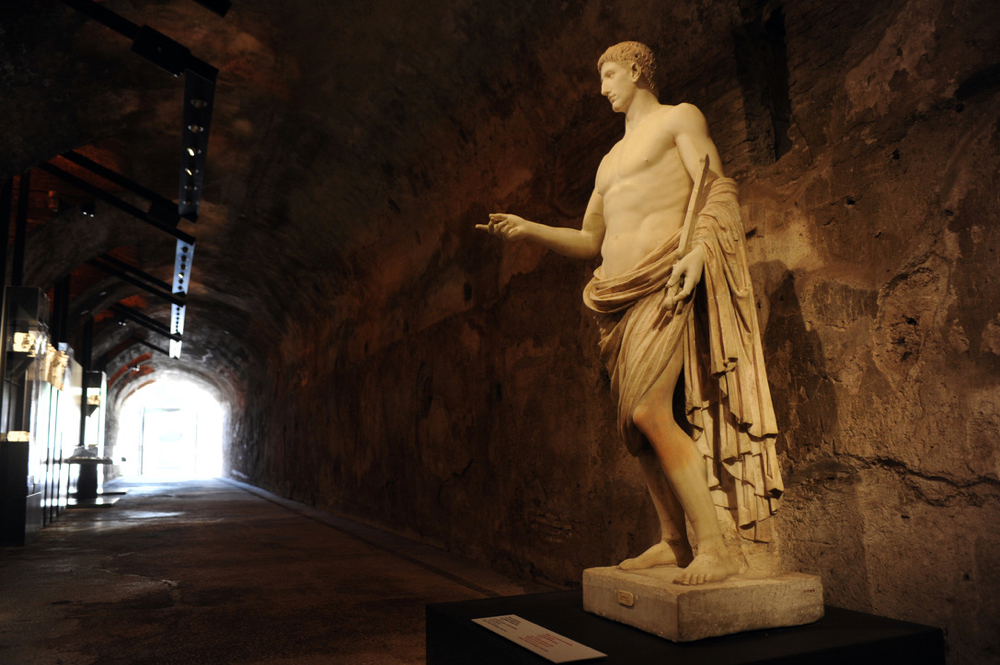 File pic from a Rome exhibition about Emperor Nero, who murdered his mother, stepbrother, two wives and burned Christians at night in his garden for firelight
ABACA/ABACA/PA Images

Christians are the most persecuted of all religious groups in the world, according to a new report.

It is estimated that one third of the world’s population suffers from religious persecution in some form, with Christians being the most persecuted, according to the interim report of the independent review into Foreign and Commonwealth Office support for persecuted Christians worldwide.

The Anglican Bishop of Truro, the Right Rev Philip Mounstephen, asked by Foreign Secretary Jeremy Hunt to lead the review, said he was "truly shocked by the severity, scale and scope of the problem".

The interim report says: “Despite the fact that the Universal Declaration of Human Rights is foundational to the UN Charter, which is binding on member states, and that ‘the denial of religious liberty is almost everywhere viewed as morally and legally invalid’, in today’s world religious freedom is far from being an existential reality.”

The full report is due to be presented to Mr Hunt by the end of June, and will make recommendations for changes in both policy and practice.

The scale of the problem was demonstrated by the fact that the report was out of date by the time it was published, most notably because of the Easter Sunday bombings in Sri Lanka.

The key research findings drawn together by the review include some from the Pew Research Centre which found that in 2016 Christians were targeted in 144 countries, a rise from 125 in 2015, and concluded: “Christians have been harassed in more countries than any other religious group and have suffered harassment in many of the heavily Muslim countries of the Middle East and North Africa."

The charity Open Doors also revealed in its World Watch List that “approximately 245 million Christians living in the top 50 countries suffer high levels of persecution or worse”, 30 million up on the previous year.

According to Persecution Relief, 736 attacks were recorded in India in 2017, up from 348 in 2016. With reports in China showing an upsurge of persecution against Christians between 2014 and 2016, government authorities in Zheijiang Province targeted up to 2,000 churches, which were either partially or completely destroyed or had their crosses removed.

Bishop Mounstephen said: “Through my previous experience of the global church in Asia and Africa I was aware of the terrible reality of persecution, but to be honest in preparing this report I’ve been truly shocked by the severity, scale and scope of the problem. It forces us in the West to ask ourselves some hard questions, not the least of which is this: why have we been so blind to this situation for so long?

“It is essential we now recognise that religion is a massive vulnerability marker for many communities worldwide. The oft-cited Western mantra that we attend to ‘need not creed’ disguises this fundamental fact. Put simply your creed might put you in much greater need – and we cannot be blind to that.

“It is also ironic that many western secularists, Islamic extremists and authoritarian regimes share a common erroneous assumption – that the Christian faith is primarily an expression of white western privilege. In fact, Christianity is primarily a phenomenon of the global south and the global poor.

“It seems to me that there are two existential, global threats to human flourishing and harmonious communities: climate change and the systematic denial of freedom of religious belief. We are quite rightly becoming sensitised to the former. We must urgently attend to the latter.

“Taking this issue seriously will simply allow the Foreign and Commonwealth Office to do its job better because it impinges massively on key issues such as trade, security and gender equality."

Responding to the report, Marie van der Zyl, President of the Board of Deputies of British Jews said: “We welcome the timely publication of this review by the Foreign and Commonwealth Office. Nobody could have failed to be horrified by the recent murders of Christians gathered for prayer in Sri Lanka on Easter morning. Many will be asking what the world has come to, when the simple act of gathering for prayer, whether at a synagogue in Pittsburgh, at mosques in New Zealand or at churches in Sri Lanka, qualifies people as targets for attack.

“It is intolerable and we cannot allow it to become normal. As Jews, who have often been the targets of persecution, we feel for the victims, and for Christians around the World suffering serious – and often violent – discrimination on the basis of their faith. Whether it is in authoritarian regimes, or bigotry masked in the mistaken guise of religion, reports like the one launched today remind us that there are many places in which Christians face appalling levels of violence, abuse and harassment.

“We commend the FCO’s renewed focus on the topic of persecuted Christians. In this important mission, Christians and all persecuted groups can count on the full support of the Board of Deputies of British Jews.”