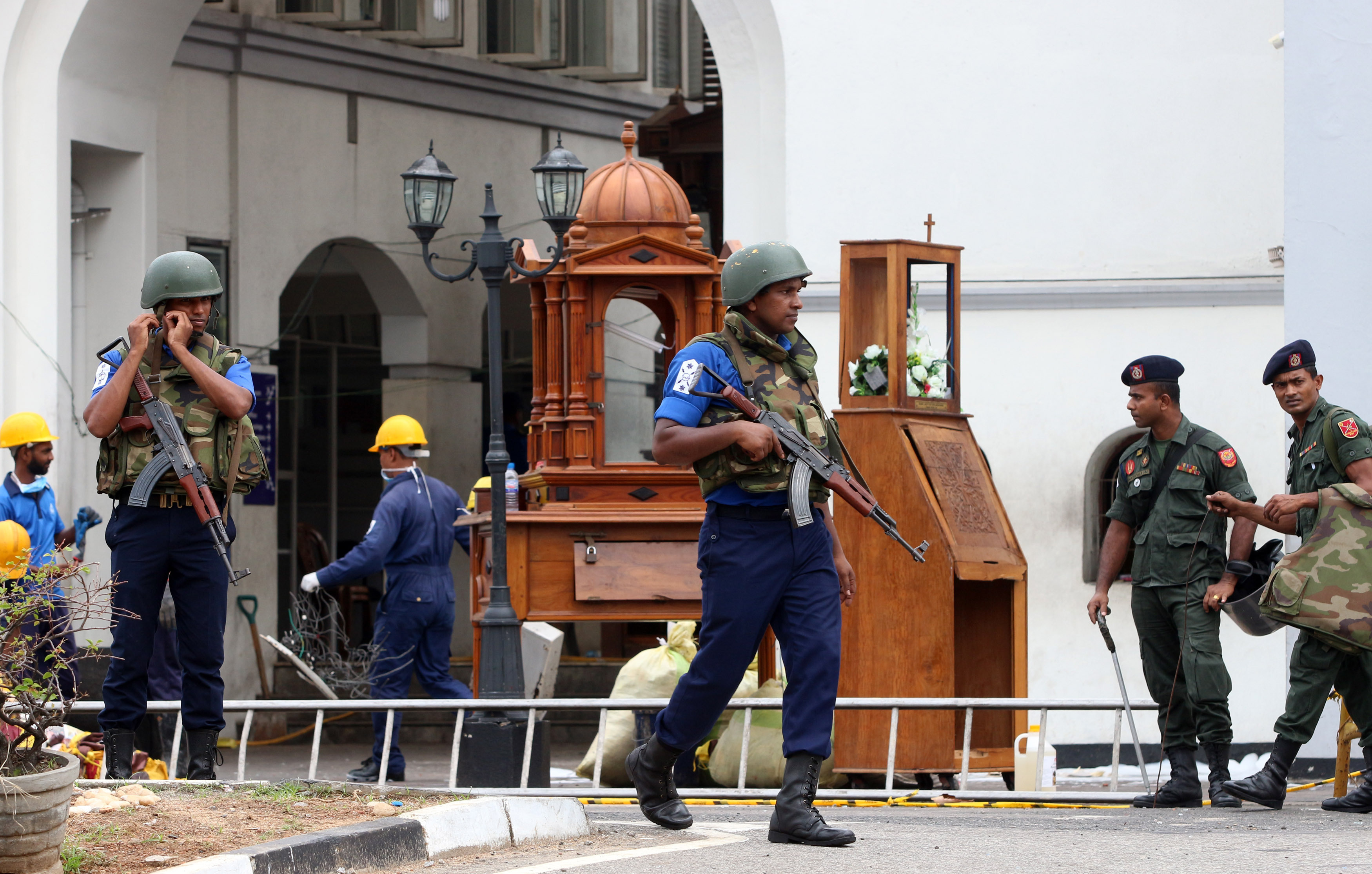 Vatican reveals more about guidelines on children of priests

Vincent Doyle: 'The suggested global uniformity suggests a recognition of the rights of the woman and child.' 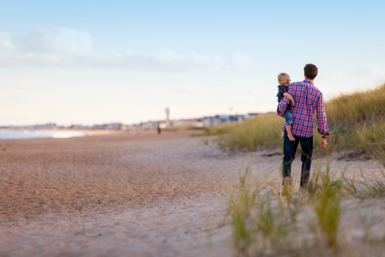 The Vatican has confirmed that guidelines on dealing with Catholic priests who father children are sent to any episcopal conference that requests them.

Mgr Andrea Ripa, of the Congregation for the Clergy, wrote to Vincent Doyle, founder of the Coping International, which defends the rights of children of priests worldwide, confirming the policy of the Vatican concerning the document.

"Should an Episcopal Conference request the text from the Congregation, we are more than happy to send them a copy," he wrote.

Now Mr Doyle is calling on the Vatican to publish the guidelines in full.

The existence of the document has been known since 2017, but it has never been published.

It is not known how many children of priests there are, but Coping International's website has 50,000 users.

In a recent interview with Vatican News, Cardinal Beniamino Stella, Prefect of the Congregation for the Clergy, said: "The Dicastery follows the longstanding practices from the time when Cardinal Claudio Hummes was prefect — about ten years — who first brought to the attention of the Holy Father (at the time, Benedict XVI) the cases of priests under the age of 40 with children, proposing that they obtain the dispensation [from clerical state] without waiting for the age of 40, as provided for in the norms [in force] at the time.

"Such a decision had, and has, as its principle objective, the safeguarding of the good of the child, that is, the right of the child to have at his side a father as well as a mother."

He said Pope Francis, too, when Cardinal Archbishop of Buenos Aires, during a conversation with Rabbi Abraham Skorka, published in the book, “On Heaven and Earth”, said the priority focus on the part of the priest must be with regard to the children.

He said the document with the guidelines is titled:  “Nota relative alla prassi della Congregazione per il Clero a proposito dei chierici con prole” [Notes concerning the practice of the Congregation for the Clergy with regard to clerics with children]. 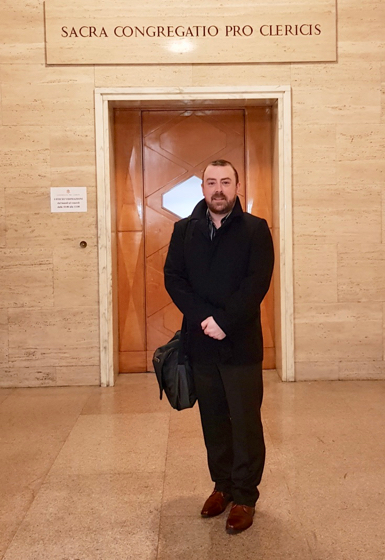 Vincent Doyle at the Vatican

He described it as a working instrument to be referred to when presented with a situation of this kind; a “technical” text from which bishops may take guidance. "It was only for this reason that it was not published," he added.

Cardinal Stella also said that regarding exceptions when a priest may remain in ministry the following scenario: “For example, in the case of a new-born, the child of a priest, who in a particular situation enters into a family already consolidated, in which another parent assumes in his regard the role of the father." Coping asked the cardinal to clarify what role the biological father has in such a scenario and what the child should be told.
The Congregation for Clergy responded: “With regard to your query about informing a child of a parent’s identity, the timing and the manner of conveying such information rests with the interested adults (biological parents/guardians), who must also take into consideration any current and relevant civil legislation within their jurisdiction. The Congregation shares your heartfelt concern for the welfare of children whose father is a member of the Clergy.”
Mr Doyle told The Tablet: "The importance of the confirmation of dissemination of the document 'Nota relative alla prassi della Congregazione per il Clero a proposito dei chierici con prole' lies in the fact that, what was once a secret document not readily available to each individual bishop and bishop's conferences' worldwide, is in fact no longer guarded in complete secrecy, it is no longer solely for 'internal use only'.
"With the quantities of children of the ordained and religious coming forward, Coping has had in excess of 2.5 million hits in 175 countries and growing, never has there been a greater need for this issue to be not only recognised but treated.
"The Holy See, in confirming that this document is ready and waiting each and every bishop, is making a statement of recognition of that same need for a global, uniform treatment to this issue. Having read the guidelines in Geneva with Archbishop Ivan Jurkovic in 2017 at the nunciature, I wish to confirm they act as a great starting point for healing.
"The fact that this one document is available to each bishop's conference and religious order is significant in that the suggested global uniformity suggests a recognition of the rights of the woman and child, in places where children outside of wedlock are scorned upon.
"The encouragement from the Holy See, and I quote 'we are more than happy to send [Episcopal Conferences] a copy', indicates a recognition of human rights, natural rights in places where social norms contravene such rights, where women are considered second class citizens and their children are considered in a similar manner.
"The presence of this document in third world countries and developing countries, immediately and at once puts the woman and child first, where other parts of that society put them last. Now a woman who has a child with a priest, is respected, in a country where she was perhaps never respected before. The uniformity of approach to this issue witnessed in 'actualisation of dissemination of the Nota Relative...' puts the human first.
"This action has a deep meaning. Furthermore, I suspect, though I cannot confirm, the fact that the Holy See are making this document available to conferences to paint into their own social contexts, indirectly suggests thee Holy See appreciates the document will eventually be released, Why not just release it? I believe that may come across as an order, an order they cannot confirm will be respected. However, if someone has the will and generosity to request help, then what is contained in the document will be actualised."
In addition, he added: "I am delighted the Holy See has acknowledged the natural right of a child to be known and to know his or her father without expecting the priest automatically having to step aside.  This is a good foundation to move forward on."

Last July, A spokesperson for the Catholic Bishops’ Conference of England & Wales said: “With regard to children of the ordained and religious, every bishop in England and Wales would want to discern the best ways in which it is possible for the father of a child, who is a priest, to fulfil his responsibilities. Every bishop in England and Wales is willing to meet anyone in their diocese in a similar situation. With regard to a priest who has become a father, the Bishops of England and Wales recognise that it is not possible to rule out, at the beginning, any possible responses to these situations, which involve a simple default position of insisting that a man “leave the priesthood” or that he automatically be permitted to continue in active ministry.”
Back to articles
Back to articles