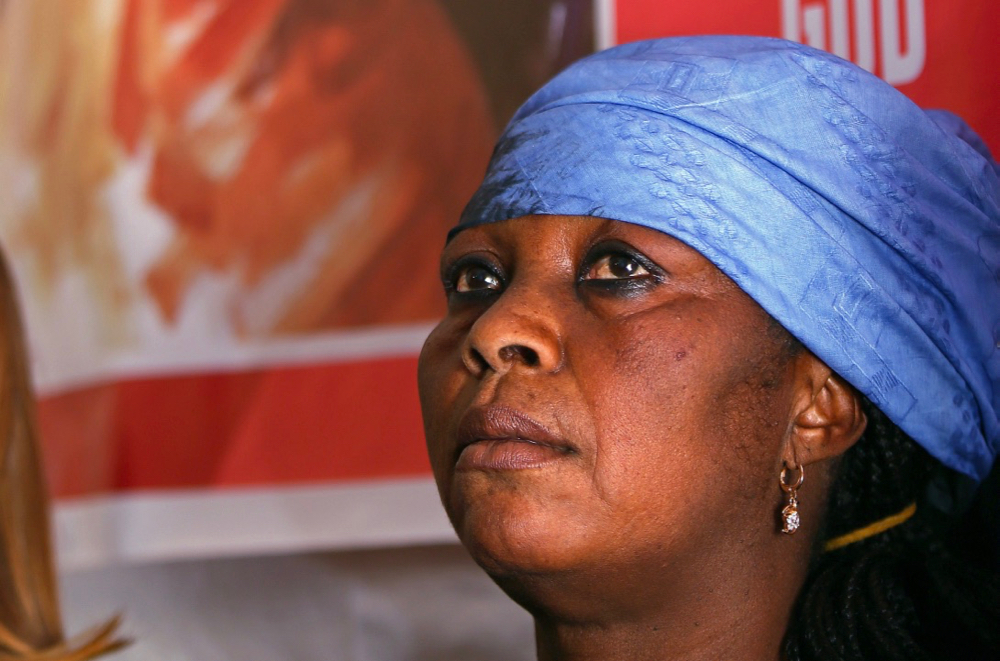 The national shrine in Washington will host a free evening concert open to the public April 26 to benefit the Paris cathedral. 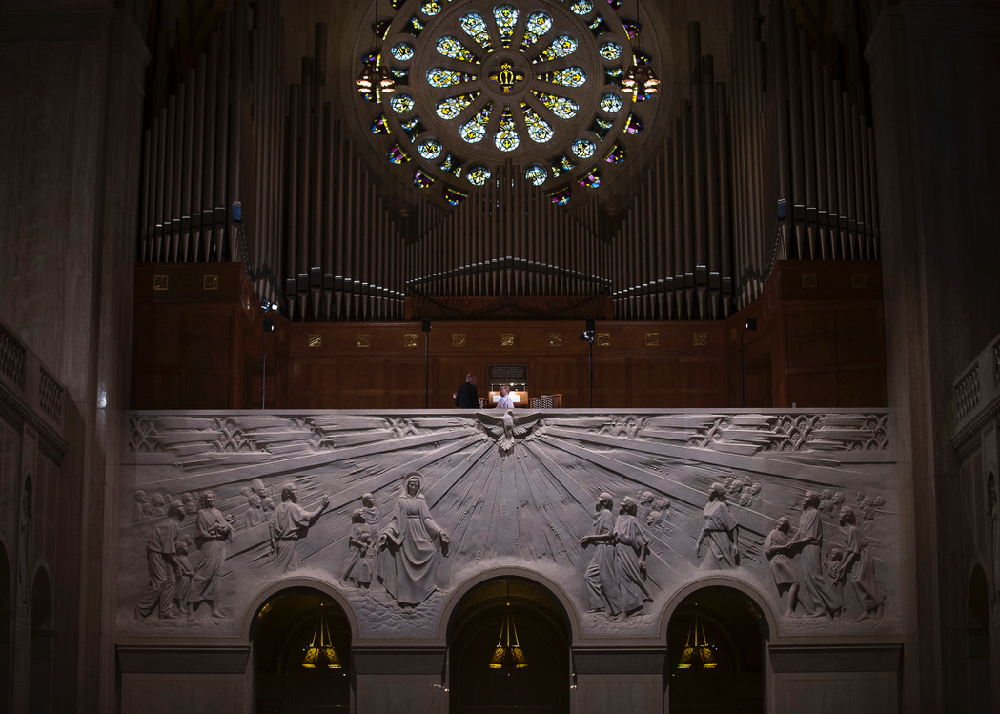 Msgr. Walter R. Rossi, rector of the Basilica of the National Shrine of the Immaculate Conception in Washington, speaks April 25, 2019, with Johann Vexo of France, the Notre Dame Cathedral organist who was playing at the time the fire broke out in Paris.
CNS/Tyler Orsburn)

An organist from Notre Dame Cathedral will today perform a benefit concert in Washington for the reconstruction of the iconic Parisian church. He will end his program, fittingly, with a piece about Christ's resurrection.

The concert at the Basilica of the National Shrine of the Immaculate Conception is free and open to the public with a freewill offering to help repair the cathedral that was severely damaged in the April 15 fire.

Funds from the concert will be added to donations that began immediately pouring in from around the world, boosted by large contributions from billionaires. French President Emmanuel Macron had said the cathedral could be reconstructed in five years.

Msgr. Walter Rossi, rector of the basilica, told reporters April 25 that the day of Notre Dame's fire, basilica officials were talking about how to help and set up an online collection that night on the basilica's website.

The benefit concert was organised by the basilica and the French Embassy, in partnership with the Friends of Notre Dame and the French American Cultural Foundation. It will be broadcast live on Eternal Word Television Network.

The concert will feature the basilica's choir and organ pieces played by Johann Vexo, a Notre Dame organist who was playing when the fire began.
Vexo spoke to reporters the day before the concert in the basilica's choir loft, sharing his relief that the cathedral's Grand Organ with about 8,000 pipes and five keyboards was reported to be undamaged from the massive fire.

"We still have to switch it on to make sure that everything is OK," he added, with caution.

He also spoke lovingly of the cathedral's ancient and historic instrument, noting that it is both powerful and poetic and that there is not another organ like it.

Vexo has been pleased by the outpouring of support for Notre Dame's rebuilding, but he is not entirely surprised, saying he knows how much the historic cathedral means to both Parisians and the world.

When asked what Notre Dame means to him, he spoke of its beauty and cultural and historical significance, but he also spoke of his familiarity with it, noting that he spends more time there than in his apartment.

"It's like a second home to me," he told Catholic News Service, and to prove his point, he said he has the keys to it.