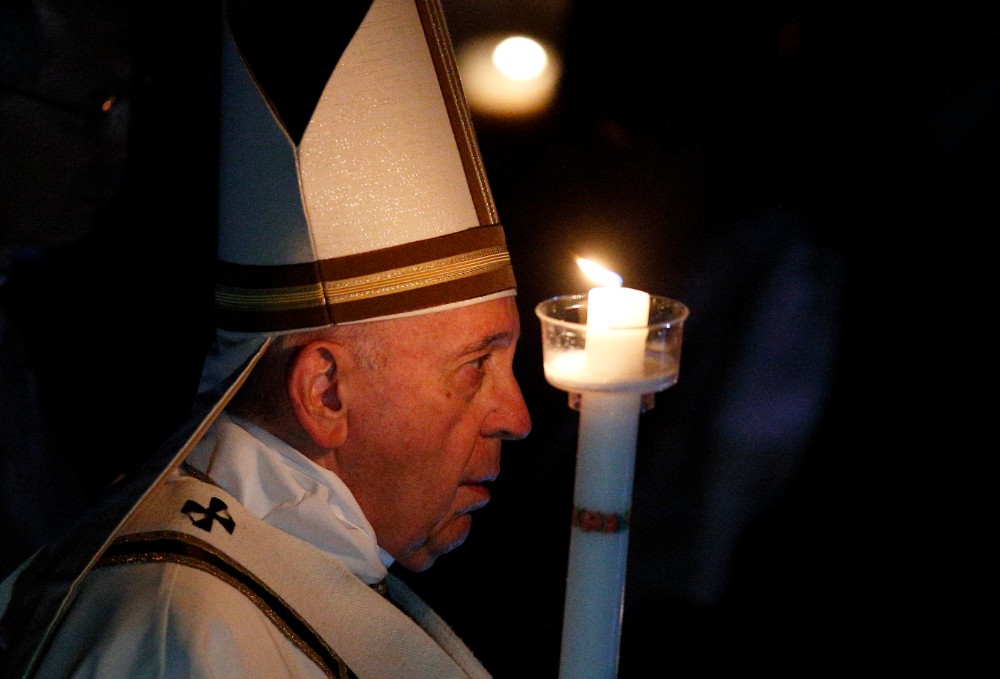 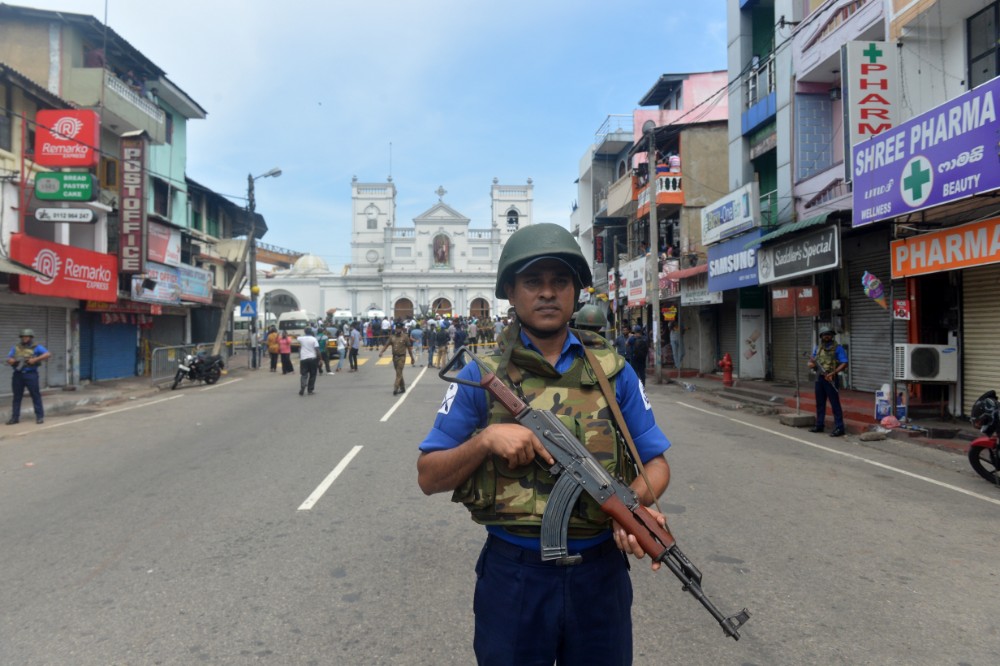 A soldier stands guard in front of the St. Anthony's Church where a blast took place in Colombo, Sri Lanka
Xinhua/Ha Pulacheqi

More than 200 people were killed and 450 people injured in a series of coordinated terrorist attacks in Sri Lanka today that targeted Catholics and other Christians attending Easter Sunday Mass and services, and foreign tourists in expensive hotels.

The churches attacked were St Anthony’s Shrine in the capital Colombo, St Sebastian’s Church in Negombo, 20 miles north of Colombo, and Zion Church in the eastern city of Batticaloa. News of the blasts quickly spread to other churches, which halted or cancelled their Easter services.

The Colombo hotels attacked were the Shangri-La, the Cinnamon Grand and the Kingsbury. Blasts were also reported near the Near Dehiwala Zoo in Dehiwala Mount Lavinia and at a house in Mahawila Gardens, Dematagoda.

Dr Samiddhi Samarakoon, a deputy director of the National Hospital of Sri Lanka, said in the afternoon that the death toll had risen to 189. She said 11 foreigners were among the dead. According to unconfirmed police reports American, British and Dutch nationals had lost their lives.

He tweeted: "Horrible scenes. I saw many body parts strewn all over. Emergency crews are at all locations in full force … We took multiple casualties to hospital. Hopefully saved many lives."

“It was a river of blood,” said N. A. Sumanapala, a shopkeeper near St Anthony’s who said he had run inside to help. “The priest came out and he was covered in blood.” Alex Agileson, a witness who was in the vicinity, said buildings in the surrounding area shook with the blast.

The Archbishop of Colombo called for those responsible for the Easter Sunday blasts to be punished "mercilessly", according to Associated Press. Cardinal Malcolm Ranjith called on Sri Lanka's government to launch a "very impartial strong inquiry" and to punish those found responsible "mercilessly because only animals can behave like that".

"A foreign intelligence agency has reported that the NTJ (National Thowheeth Jama'ath) is planning to carry out suicide attacks targeting prominent churches as well as the Indian high commission in Colombo," said the police chief’s alert.

The NTJ is a radical Muslim group in Sri Lanka that came to notice last year when it was linked to vandalism of Buddhist statues.

Cardinal Vincent Nichols said this morning: "I woke to the sad and shocking news of the bombings at churches and hotels in Sri Lanka, after recent years of peace. I pray for all who have died, all who have been injured and whose lives have been radically changed by this violence, and for the Sri Lankan community in England and Wales."

The Archbishop of Canterbury Justin Welby said: "Those affected by the appalling and despicable attacks on churches and hotels in Sri Lanka will be in the prayers of millions marking Easter Sunday around the world today.

"On this holy day let us stand with the people of Sri Lanka in prayer, condolence and solidarity as we rejected all violence, all hatred and all division."

Foreign secretary Jeremy Hunt tweeted: “I'm deeply shocked and saddened by the horrifying attacks on churches and hotels in Sri Lanka today. To target those gathered for worship on Easter Sunday is particularly wicked. My prayers are with the victims and their families, and with those assisting in the response."

Labour leader Jeremy Corbyn tweeted: “I’m appalled by the horrific attacks in Sri Lanka, on Easter Sunday, the most important day in the Christian calendar. I stand with the victims, their families, the people of Sri Lanka and Christians around the world. We must defeat this hatred with unity, love and respect.”

Sri Lanka is mainly Buddhist, with only 6 per cent of the 21.5 million population Catholic, but Catholicism includes people from the Tamil and other ethnic groups, and so it is seen as a unifying force.