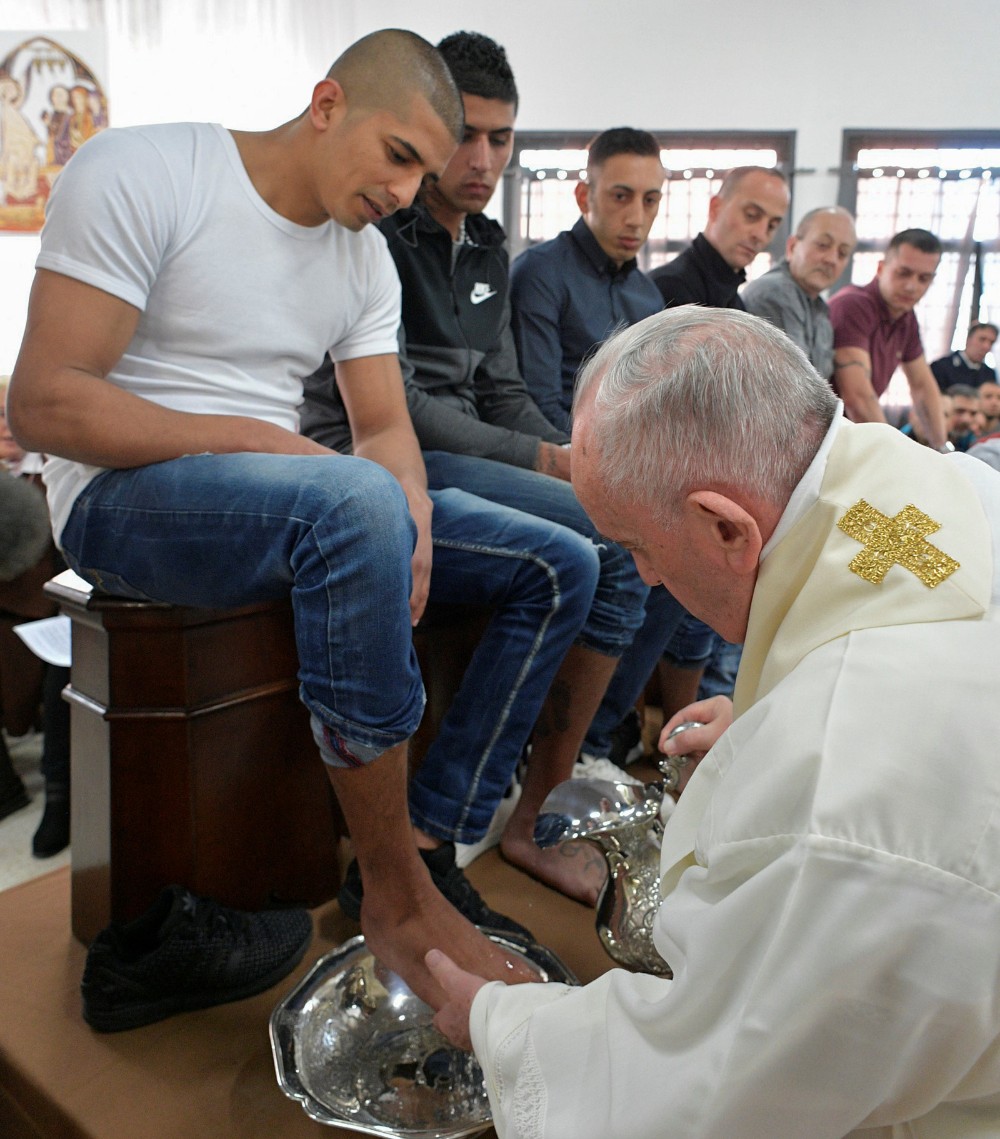 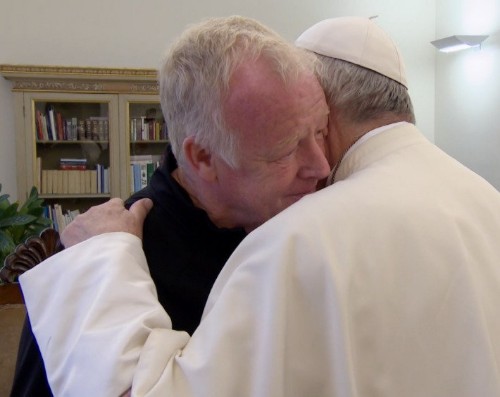 His remarks came during a private audience with the eight UK celebrities, including actor Les Dennis, comedian Katy Brand and Olympic long jump champion Greg Rutherford, that marked the end of their 1000 kilometre walk along a section of the ancient Via Francigena pilgrim route.

During the audience, due to be broadcast in the third and final episode of Pilgrimage: The Road To Rome at 9pm on BBC Two on Good Friday, British comedian Stephen K Amos told Pope Francis that, as a gay man, he didn’t feel accepted by the Church.

In response Pope Francis said: “Giving more importance to the adjective [gay] rather than the noun [man], this is not good. We are all human beings and have dignity. It does not matter who you are, or how you live your life – you do not lose your dignity.”

He went on: “There are people that prefer to select or discard people because of the adjective. These people don’t have a human heart.”

His comments were welcomed by LGBT Catholics and their supporters.

Francis DeBernardo, Executive Director of New Ways Ministry, a ministry for justice and reconciliation for LGBT people and the Church, said the remarks showed Francis prioritised the Church's social justice tradition over the sexual ethics tradition.

"In saying 'it does not matter who you are, or how you live your life – you do not lose your dignity,' the Pope is showing that the social justice tradition about human dignity is more important than teachings about sexuality," he said.

"This is an important shift because while many Church leaders, especially in the US, often mention both traditions in their comments about LGBT issues, the social justice tradition is often given short shrift in comparison to the sexual ethics tradition, and it often appears to be regarded as secondary, not primary, as the Pope has made it in this comment. This shift will have great impact, as it is the way so many lay Catholics, but not leaders, view LGBT issues."

Speaking after the meeting Mr Amos, who is shown wiping away tears after the Pope finishes speaking, described Francis as one of the most progressive popes in history. “Let’s just say it was a moment that will stay with me for the rest of my life,” he added.

Irish Eurovision song contest winner Dana, the only practising Catholic in the group, told Pope Francis “at this difficult time for our Church, we long for truth and we know it is very difficult and we pray for you each day.”  The Pope replied: “You pray for me…I need it. This job is not easy.”

He asked all the Christians in the group to pray for him, and asked the non-religious celebrities to wish him a good journey, "so I do not let anyone down".

Afterwards Les Dennis, whose mother was Catholic, said the group had not believed the meeting would take place until the last minute.

“I think we all thought we were just going to sit at the back of the Vatican or Saint Peter's Square just watching.  Being in a room with him for half an hour was quite incredible”, he said.

“He just walked in and he's very small and kind of seems at first unassuming but then you realise that he is one of the most powerful men on the planet. I was just really taken with his connection.  He gave us all our medals individually. He kissed his all, he hugged us all. It wasn't a stunt.

We were there and he wanted to talk to us and wanted to answer the questions that we were asking. I just said my mum had lost her faith and how did he feel about people who lost their faith... He was prepared to answer difficult questions and he was prepared to give us more time than I thought we would possibly get. It was an exceptional experience, one that I won't forget. It was life changing and will be etched on my memory.”

The three part documentary is available on BBC iPlayer.