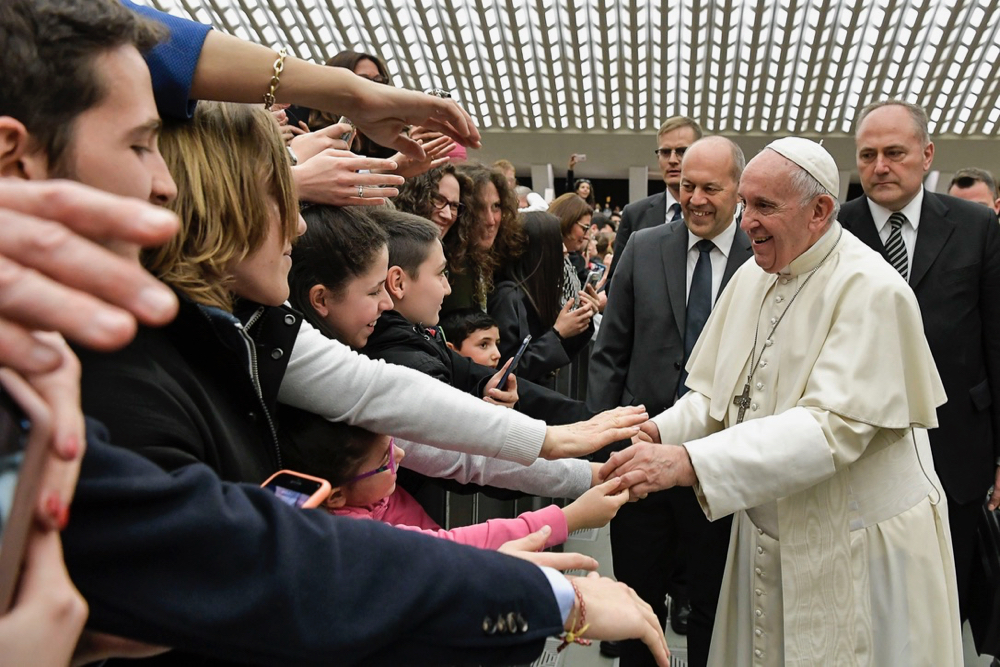 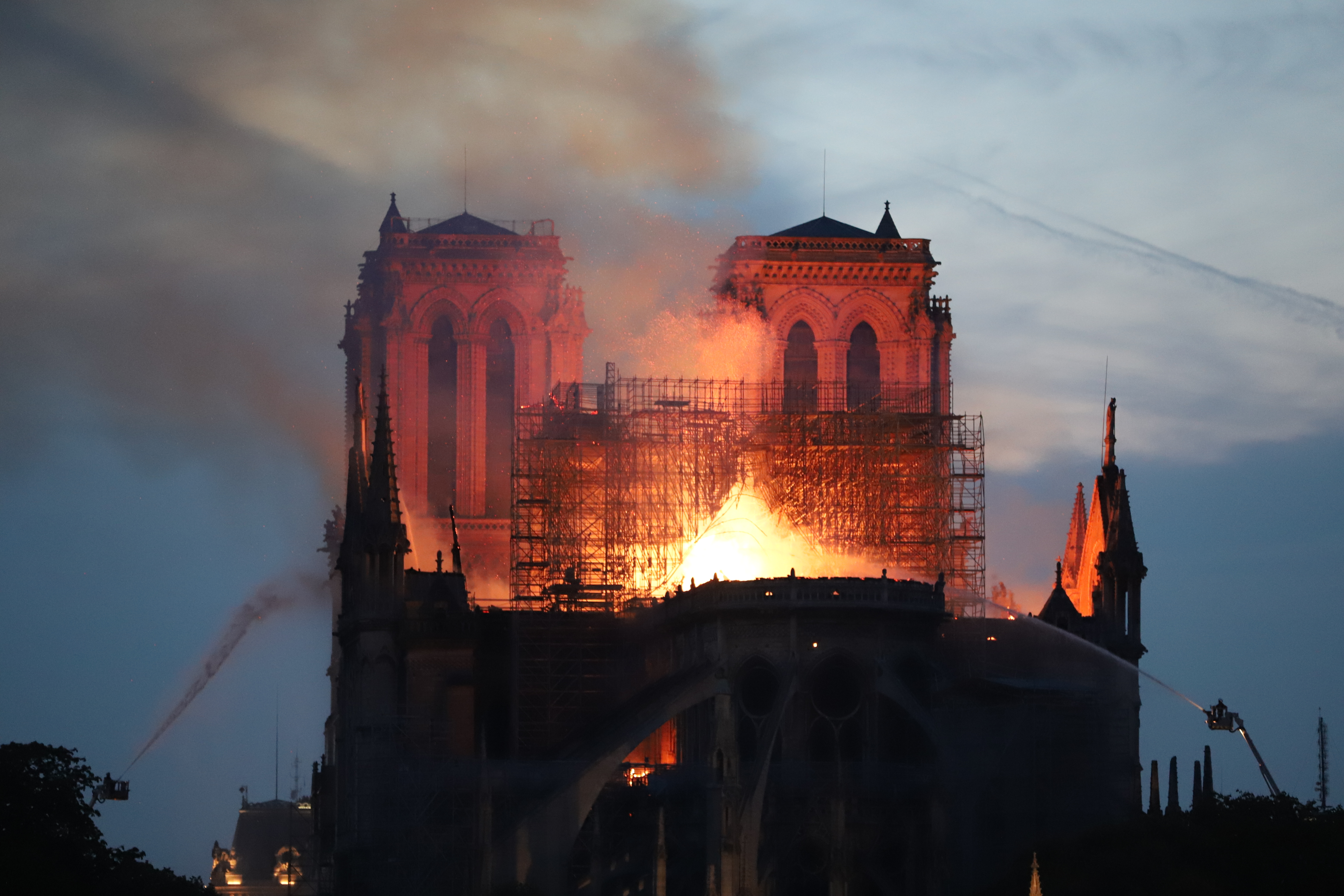 Notre Dame in Paris was engulfed in flames this evening after fire broke out in the historic French Gothic cathedral.

Smoke and flames filled the evening sky just before 6pm as the cathedral, built in the 12th and 13th centuries, suffered rapid and catastrophic damage.

The fire is understood to have begun in the attic of the cathedral, where renovations were underway. It rapidly spread to the roof and then the entire upper half of the building as 400 fire fighters fought to bring it under control, climbing up the towers to reach the flames.

The building, which is visited by 12 million tourists each year, was evacuated.

Hundreds of devastated onlookers watched as the iconic spire collapsed into the building. Among them was President Macron, who viewed the scene with disbelief.

Pictures from the scene showed the extend of the devastation, although it emerged later that fire fighters saved some of the most precious content, including a circlet said to be the Crown of Thorns in a donut of smoked red glass. However one thorn, and two relics of saints, stored in the weather vane atop the spire, are certainly lost. Crucial parts of the main stonework, including the two towers, also still stand.

The Archbishop of Westminster Cardinal Vincent Nichols said: “The shock at the outbreak of this fire is spreading round the world. It is an iconic building visited by millions but more importantly is a symbol of faith which is at the heart of Europe. We therefore all pray that the fire is extinguished quickly and with a shared effort the building made good.”

The Vatican responded with shock and sadness.

Andre Finot, a spokesman for the cathedral, told Agence France-Presse: "Everything is burning. The framing, which dates from the 19th century on one side and the 13th on the other, there will be nothing left."

Bishop Eric Moulin-Beaufort of Reims, president of the French bishops' conference, said: "I screamed in horror. I was ordained in this cathedral. For a Parisian, our lady is a given. I was there only this afternoon. This tragedy reminds us that nothing on this earth is made to last forever. I feel for the Archdiocese of Paris. The chrism mass will not be celebrated. It is a part of our flesh that is damaged."

French President Emmanuel Macron tweeted, "Our Lady of Paris in flames. It is emotional for a whole nation. Thoughts for all Catholics and for all French. Like all our countrymen, I'm sad tonight to see this part of us burn."

Bishop Hugh Gilbert, President of the Bishops’ Conference of Scotland, said: “Suddenly we realise what our churches can mean - to a city, to a great nation and beyond. Here in Scotland, our hearts go out to the people and archdiocese of Paris, and to all, in France and elsewhere, who treasure the beautiful Cathedral of Notre Dame. Like the crowds last night, we stand in silent solidarity, reassured that there has been no loss of life and that the substance of the building has been saved. The resolve to rebuild is uplifting. Already, there's a generous response from many quarters. And beyond the tragedy, Easter remains. Fire cannot thwart the essential purpose of Notre Dame or any church building.  Wherever it may be, God's people - the living stones - will still come together to celebrate the resurrection of Christ and hope reassert itself.”