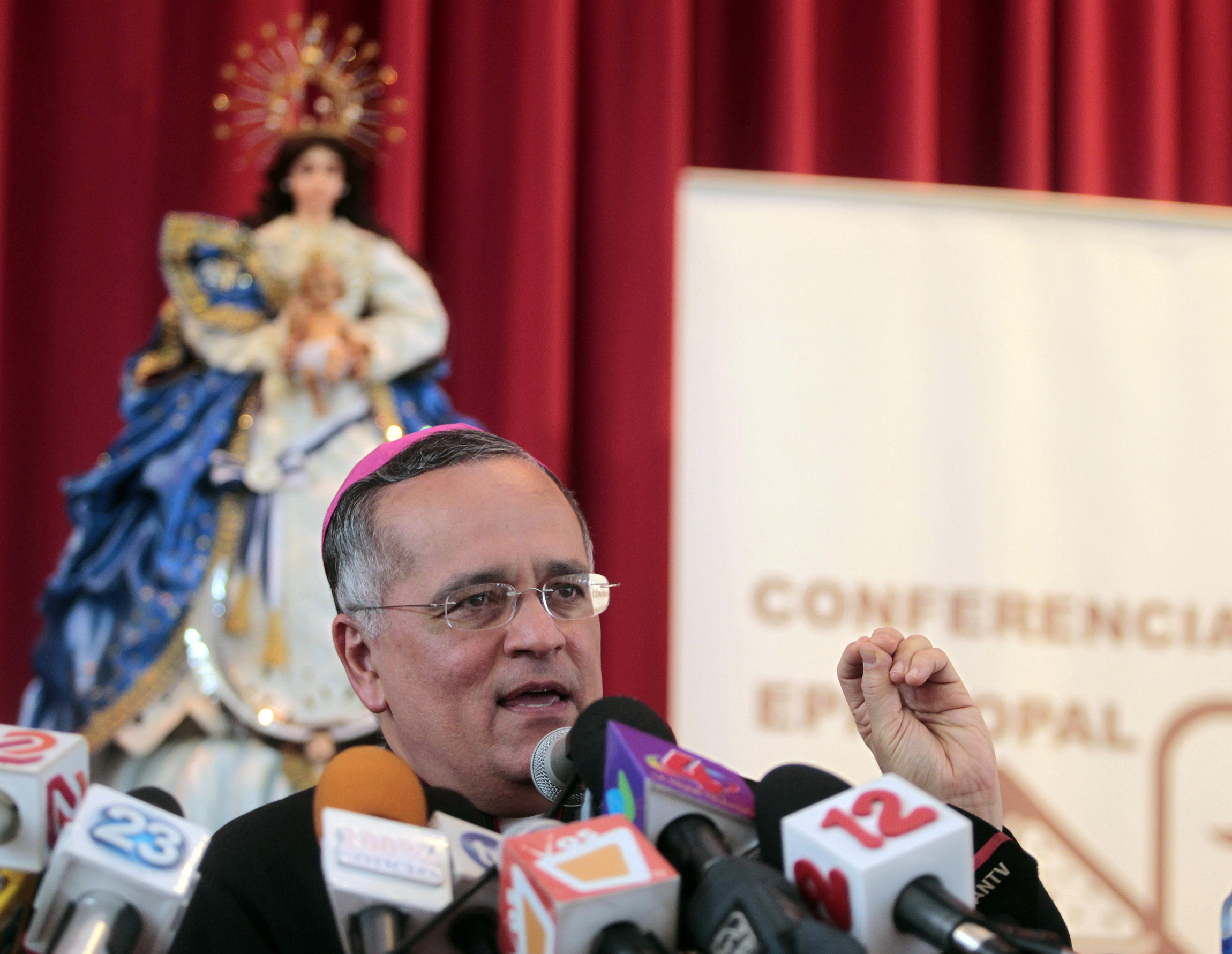 Nicaraguan bishop to leave for Rome as threats against him increase

Catholic leaders condemn bulldozing of crosses at site of executions 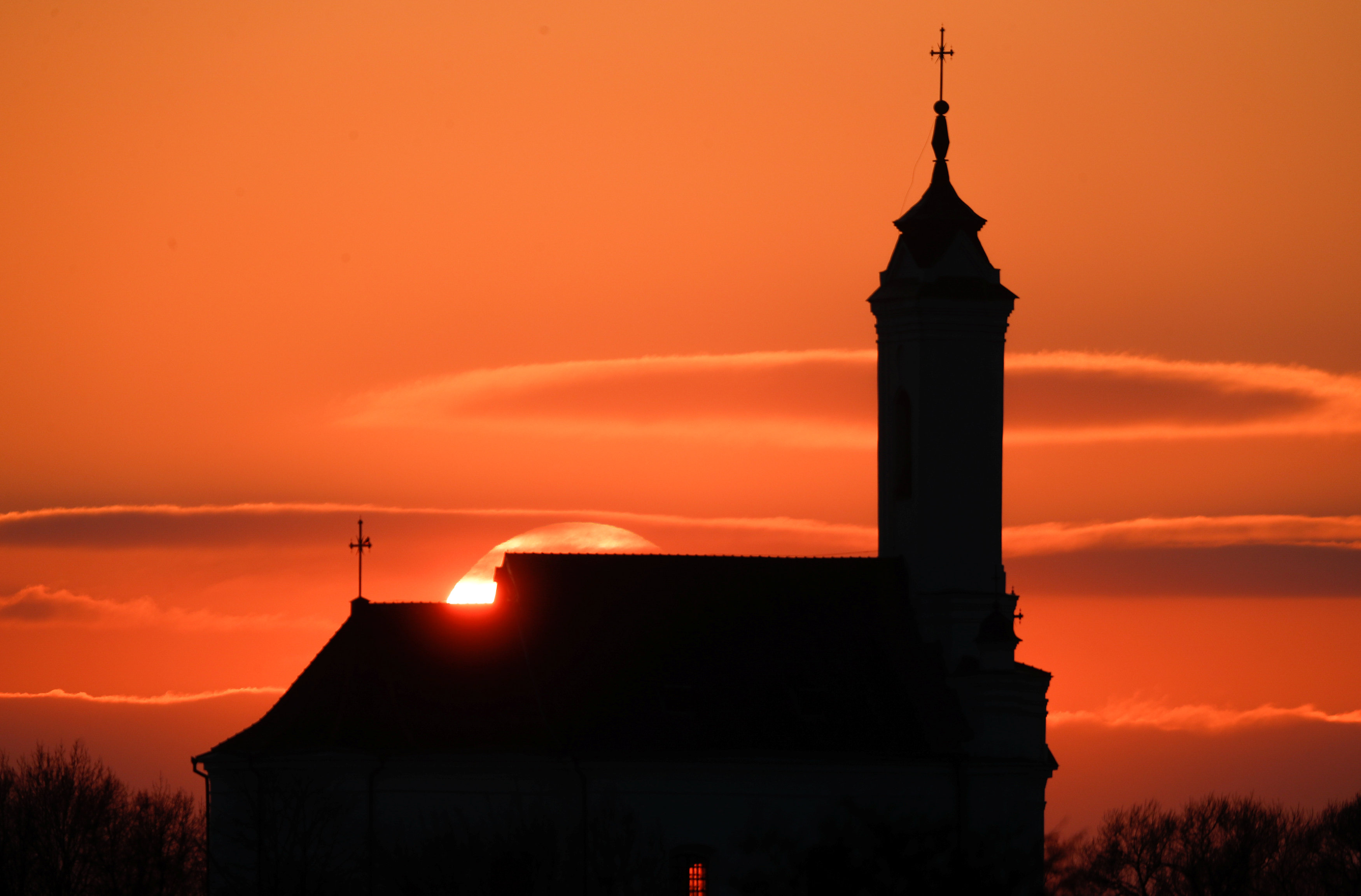 A Catholic church is silhouetted during sunset in the town of Zaslavl, Belarus, April 10, 2019
CNS photo/Vasily Fedosenko, Reuters

Catholic and Orthodox leaders condemned the bulldozing of memorial crosses at a site of communist-era mass executions.

Media reports said at least 15 protesters were arrested in early April when police cordoned off an area of the Kuropaty Forest, outside Minsk, and bulldozers moved in to demolish about 70 15-foot crosses, which were taken away in unmarked trucks. The crosses marked the site where tens of thousands of execution victims were thrown in mass graves, mostly between 1937 and 1941.

"I feel desperate about the removal of these crosses," said Archbishop Tadeusz Kondrusiewicz, chairman of the Belarusian bishops' conference.

"Perhaps some order is needed in this place, and perhaps it was necessary to move the crosses temporarily and then replace them. We also do such things -- but not without telling people," he said.

In an April 9 interview on his church's Catholic.by website, he said the action had insulted Christians, and he urged people of all faiths to help "avoid a social explosion."

The nation's Catholic bishops' conference demanded "an urgent stop" to the destruction of the crosses in Kuropaty, which they called one of the country's "many Golgothas" and a "holy place of memory and prayer." The bishops accused the authorities of showing "indifference to the tragedy of mass killings" by failing consult religious representatives."

"This demolition has taken place in Lent, furthermore, when Christians direct attention to the cross of Christ, the symbol of salvation and hope," the statement continued.

"Crosses are not just religious symbols, but expressions of humanitarian values accepted in society," the church's Synodal Department for Society and Media Relations said in an April 9 statement.

"The cross should not serve as a pretext for political ambitions by certain social groups ... but at this mass burial site for victims of Stalin's repressions, they are not political installations, but spiritual memorials to people who died under a regime which fought God."

Official figures show approximately 30,000 people, including many Catholics, were buried at Kuropaty after being shot by the Soviet paramilitary police. Independent historians put the figure closer to 250,000.

Crosses were placed at the 37-acre site after the lifting of Soviet restrictions led to the unearthing of at least 500 mass graves in 1988; more crosses were added in July 2018 at the initiative of opponents of President Oleksandr Lukashenka, who has been elected five times since 1994 amid claims of ballot-rigging.

In an April 5 statement, the Belarusian Forestry Ministry said the crosses had been "illegally installed" on territory controlled by the State Forestry Fund, and the area needed "beautification works."