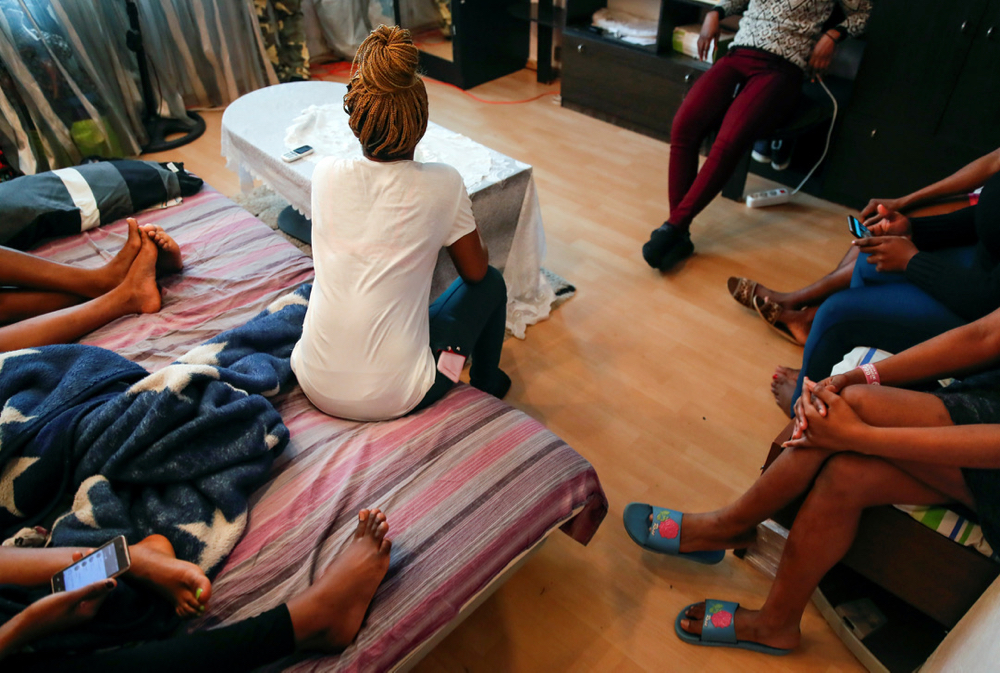 The extraordinary gesture is likely to go down as one of the most dramatic of the Francis pontificate. 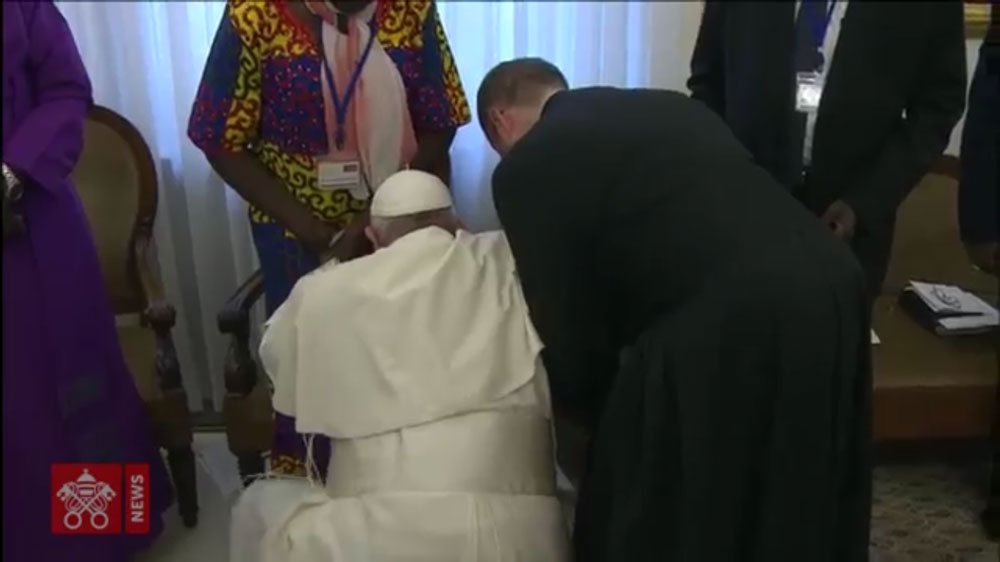 For five years they were at war with each other in a bloody conflict that has killed 400,000, left six million starving, four million displaced from their homes and a devastated economy.

On 11 April 2019, the President of South Sudan, Salva Kiir, and his former vice-president Riek Machar sat together on a sofa in the Casa Santa Marta in the Vatican as Pope Francis appealed for them to persevere with their fragile peace agreement and “remain in peace”.

After finishing his talk the Pope stood up from behind his desk, walked over to the warring leaders of the world's youngest state and knelt down and kissed both of their feet. Machar, who was taken aback by the gesture, appeared to try to stop the Pope from bending down in front of him. Francis told him: “let me.”

Incredible video of Pope Francis on his knees kissing the feet of the leaders of South Sudan, who have completed a 2 day spiritual retreat at the Vatican, where the Pope has called for peace and reconciliation in the country, and that he wishes to visit South Sudan pic.twitter.com/BEBXj2kLPy

Along with Kiir and Machar, the 82-year-old Pope also bent down to kiss the feet of the other political leaders gathered in the room including Rebecca Nyandeng, the widow of John Garang, the man who helped bring about an independent South Sudan. Nyandeng was in tears during the encounter, which is likely to go down as one of the most dramatic peace gestures of the Francis pontificate.

The Archbishop of Canterbury, Justin Welby, choking up with emotion after witnessing the scene said: “We have heard the prophetic call of Christ. We now commission you as ambassadors of peace.” He handed each of the leaders a Bible with the following message: “seek that which unites. Overcome that which divides.”

By any worldly measure, South Sudan’s problems seem insurmountable and might be best left to the intercession of St Jude, the patron of saint of hopeless causes.

But not everyone has given up hope. It was Archbishop Welby’s idea for Kiir, a Catholic, Machar, a Presbyterian and South Sudan’s Christian and political leaders to come to the Pope’s home for a two-day spiritual retreat.

Like a retreat director, the Pope urged leaders to examine their consciences and ask “what does the Lord want me to forgive and what in my attitude does he want me to change?” He added: “We may well have made mistakes, some rather small, others much greater. Yet the Lord Jesus always forgives the errors of those who repent.”

Urging them to put their differences behind them, Francis said that the people of South Sudan "are wearied, exhausted by past conflicts,” that they are “yearning for a better future, which can only come about through reconciliation and peace.”

After completing his prepared remarks the Pope made some unprepared remarks directed at Kiir and Machar. "With my heart” he told them, “remain in peace” despite future difficulties that may come.

“There will be many problems," he said "but do not be fearful, go forwards, solve the problems. You have begun a process: may it finish well. There will be disagreements between you both, yes. These also should remain in the office, but before the people, hands united. In this way, as ordinary citizens you will become Fathers of the Nation."

The South Sudan peace deal faces an unclear future, with many analysts sceptical about its durability given the country’s deep ethnic and tribal differences and fears of instability in the region after a military coup saw Sudan's President Omar al-Bashir toppled. On 12 May Kiir and Machar are supposed to form a transitional government with Machar taking office as one of the five vice-presidents while Sudan, which South Sudan won independence from in 2011, is a guarantor of the peace process.

The retreat in the Vatican came at a time when, as leaders in the west are pursuing more nationalist agendas, Church leaders are stepping into the statesmanship vacuum to try and become builders of peace.

Even if nothing tangible is achieved, the retreat showed an important ecumenical dimension. By jointly organising this gathering the Pope and the Archbishop of Canterbury are demonstrating that historic differences can be put aside in a way that might have previously been considered unthinkable. And also present was the former Moderator of the Church of Scotland’s General Assembly, John Chalmers.

Francis and Welby have a plan to make an unprecedented joint visit to South Sudan, but this was postponed in 2017 due to the country’s deteriorating security situation. During his speech, the Pope reiterated his hope to visit the country with the Archbishop, and also with the former moderator.

The Vatican retreat has been a chance to test the seriousness of the country’s leaders in their efforts for peace, before embarking on a visit.

The question is whether this retreat can help “demilitarise the human heart,” which the Pope says is part of the mission of faith leaders in tackling conflicts. Father Agbonkhianmeghe Orobator SJ, President of the Conference of Major Superiors of Africa and Madagascar, who preached during the retreat, told the Pope that “the leaders leave here renewed, and committed to peace” and to “seeking justice for the 13 million South Sudanese people.”

Church leaders do not have military or economic cards to play here, and can only rely on changing hearts and minds. The 11 April may yet go down as a day when the Pope and the Archbishop opened a new path to peace.