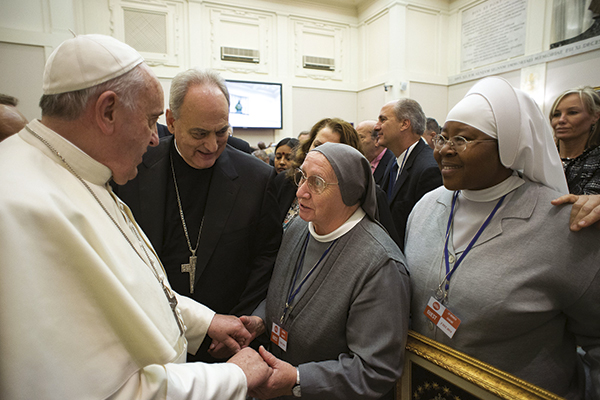 Swiss clerics write to Francis about ‘heresy of clericalism’

The vicar general of Zurich, Josef Annen, and the Synodal President of the Catholic Church in Zürich, Franziska Driessen-Reding, have appealed to Pope Francis in a dramatic open letter to take decisive measures against sexualised power and the “heresy of clericalism” in the Church, writes Christa Pongratz-Lippitt.

The letter was published in several Zürich dailies on 4 April.

“Dear Pope Francis, the Catholic Church is ablaze. The terrible thing is that shepherds who were appointed to serve the Gospel Message are responsible for this firestorm,” the letter begins. It goes on to say that many Catholics in the canton of Zurich are turning their backs on the Church. “They are alienated, indignant and bitter”, it says, and this applies not only to the younger generation but also the older generation that have been loyal church-goers all their lives.

“As you yourself repeatedly underline, the ‘heresy of clericalism’ is the origin of sexualised power and its cover up”, the authors recall. It amounts to the rule of priests over Catholics who are not priests, they say, adding that attempts to silence the laity are causing schism in the Church.

“Your clear words (on the subject) are important for us but they are not enough,” the letter goes on, pointing out that the situation today resembles that on the eve of the Reformation, when the Church was also “unwilling and incapable of introducing reforms”.

The authors list what they see as the most urgent reforms: independent courts in the Church where Catholics can sue for basic rights; appointing women to leading positions in the Church; and synodal processes through which admission to Church offices can be decided regionally.

The letter ends by recalling how the Pope’s apostolic exhortation, Evangelii Gaudium, aroused hopes and expectations and how it spoke of a courageous and creative Church “which goes forth”.

“Time is running out,” the authors say, appealing to the Pope to start the reforms. “We support you and favour a Church that excludes no one. We share your commitment to the poor, the sick, to strangers and the disadvantaged. Like you, we promise to fight against abuse of power. Dear Pope Francis, the time for waiting is over. We must act together.”