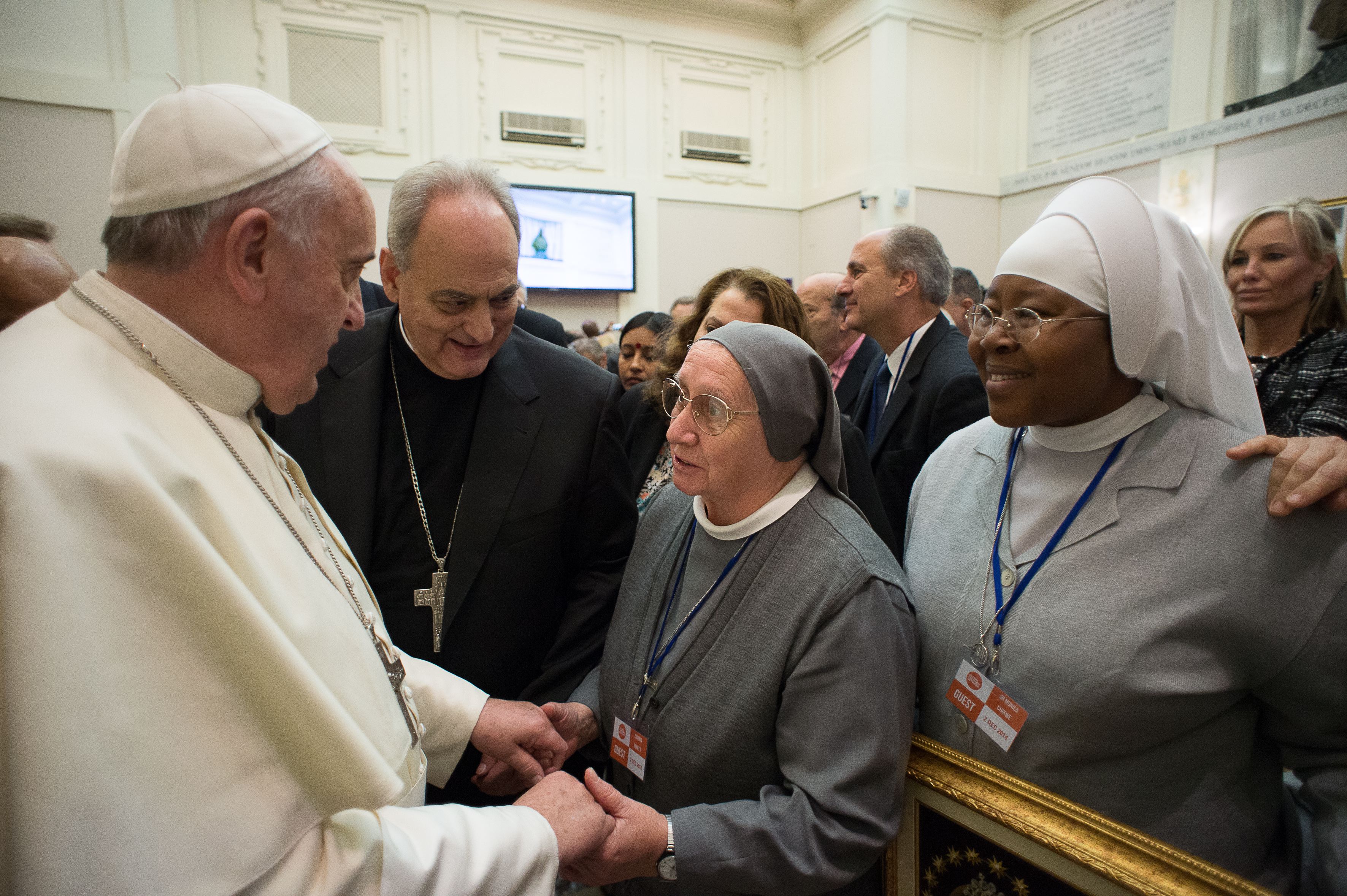 Way of Cross meditations opportunity 'to bring out problem of trafficking'

Participants will be given a bible with the message 'Seek that which unites. Overcome that which divides' 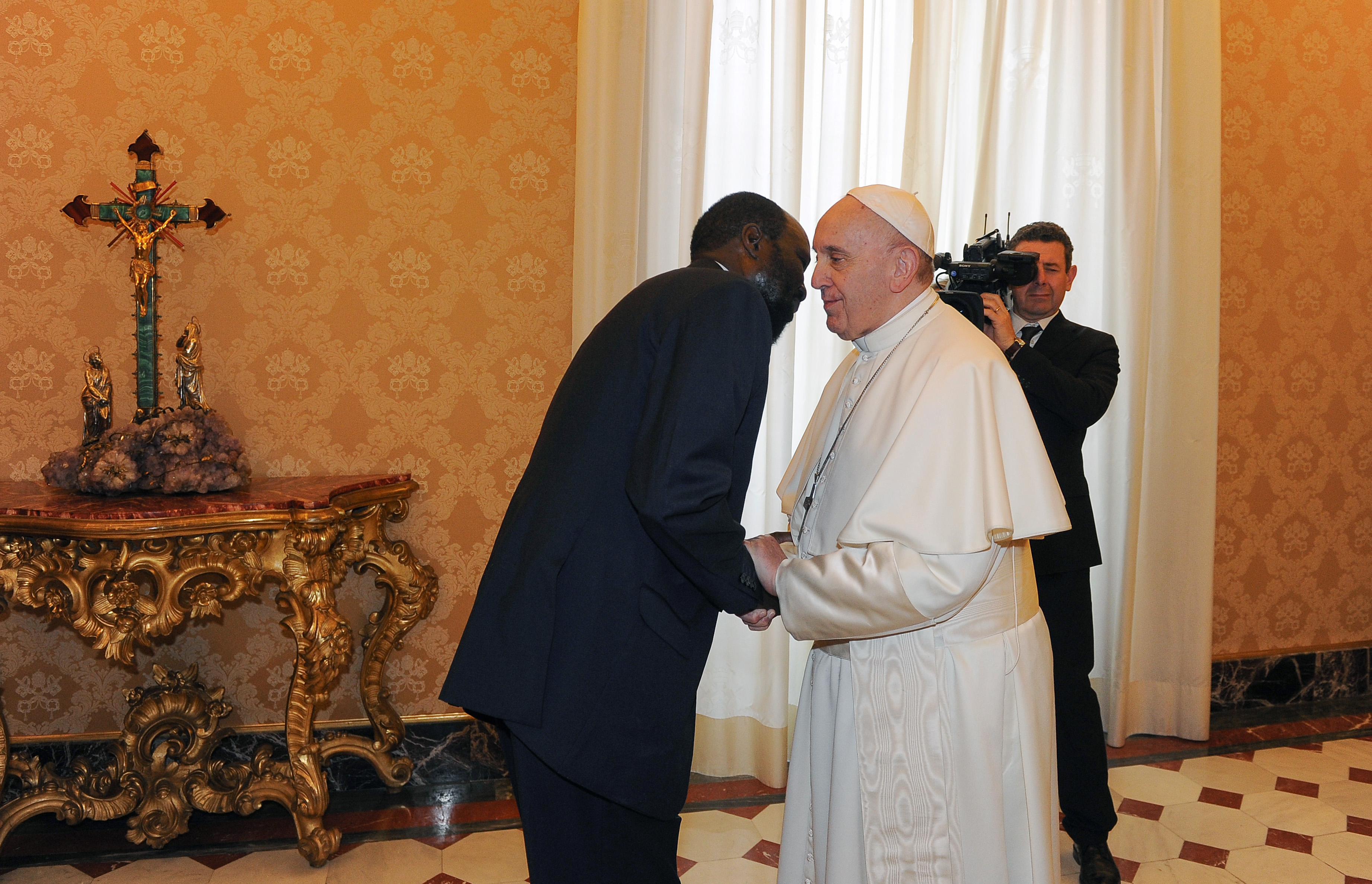 South Sudan’s historically warring rivals, President Kiir and the country’s opposition leader Riek Machar, are to attend a spiritual retreat at the Vatican “to work for a future of peace”, the Vatican has said.

The Vatican confirmed in a 9 April statement that an “ecumenical and diplomatic” spiritual retreat, proposed by the Archbishop of Canterbury Justin Welby and attended by the “highest civil and ecclesiastical authorities of South Sudan”, is to take place in the Domus Sanctae Marthae from 10-11 April.

The statement describes the retreat as a joint initiative organised by the Secretariat of State and the Office of the Archbishop of Canterbury, designed to offer a “a propitious occasion for reflection and prayer, as well as an occasion for encounter and reconciliation” to those “who in this moment have the mission and the responsibility to work for a future of peace and prosperity for the South Sudanese people.”

The statement names the political leaders due to attend as President Salva Kiir, as well as four of the five designated Vice Presidents, including the country’s opposition leader, Riek Machar.

The statement makes reference to the political leaders’ responsibilities under the country’s revitalised peace-deal, signed by President Kiir's government, the main rebel group led by Machar and most other armed groups on 12 September 2018, designed to end South Sudan's devastating five-year civil war.

Kiir and Machar have not met since October last year, when Machar made a brief return to Juba for the first time since being forced to flee the country in July 2016.

“Representing the civil authorities in the event, are the members of the Presidency of the Republic of South Sudan, who, under the Revitalised Agreement on the Resolution of Conflict in South Sudan, will assume positions of great national responsibility this coming 12 May”, the statement says.

Under the terms of the deal, government and rebel groups are due to have formed a transitional government by 12 May, however observers have warned that implementation of the deal has stalled.

The country’s ecclesiastical authorities will be represented by eight members of the South Sudan Council of Churches. Archbishop John Baptist Odama, Archbishop of Gulu, Uganda and the Reverend Father Agbonkhianmeghe Orobator, S.J., President of the Conference of Major Superiors of Africa and Madagascar, will provide the preaching during the retreat.

The two-day retreat is due to conclude with a message from Pope Francis. Participants will be given a bible, signed by Pope Francis, the Archbishop of Canterbury, Justin Welby, who will also be attending the retreat, and the Reverend John Chalmers, former Moderator of the Presbyterian Church of Scotland, with the message “Seek that which unites. Overcome that which divides”.

The statement concludes: “At the end, the leaders of South Sudan, who will take up the common task for peace, will receive the blessing.”

The retreat follows a visit to the Vatican by President Kiir, who is Catholic, on 16 March. The President had a private audience with the Pope.

South Sudan gained independence from Sudan in 2011 but in 2013 descended into civil war. This war had strong ethnic dimensions, broadly pitching the government of President Kiir, a member of the majority Dinka ethnic group, against opposition forces of former vice-president Machar, a member of the second-largest ethnic group, the Nuer. Some 400,000 people are said to have died in the conflict, while – out of a population of just over 12 million people - 2.2 million are refugees and 1.9 million internally displaced.

There is speculation that if the retreat is successful, Francis may visit South Sudan in September, when he plans to visit Mozambique and Madagascar.

Pope Francis was due to visit South Sudan along with the Archbishop of Canterbury in the spring of 2017. The visit was postponed due to security fears.