Pope asks nun to write Way of the Cross meditations

Brexit: What would Margaret Thatcher say?

Can the most staunch Tory opponents of customs union membership truly claim to be political descendants of Margaret Thatcher? 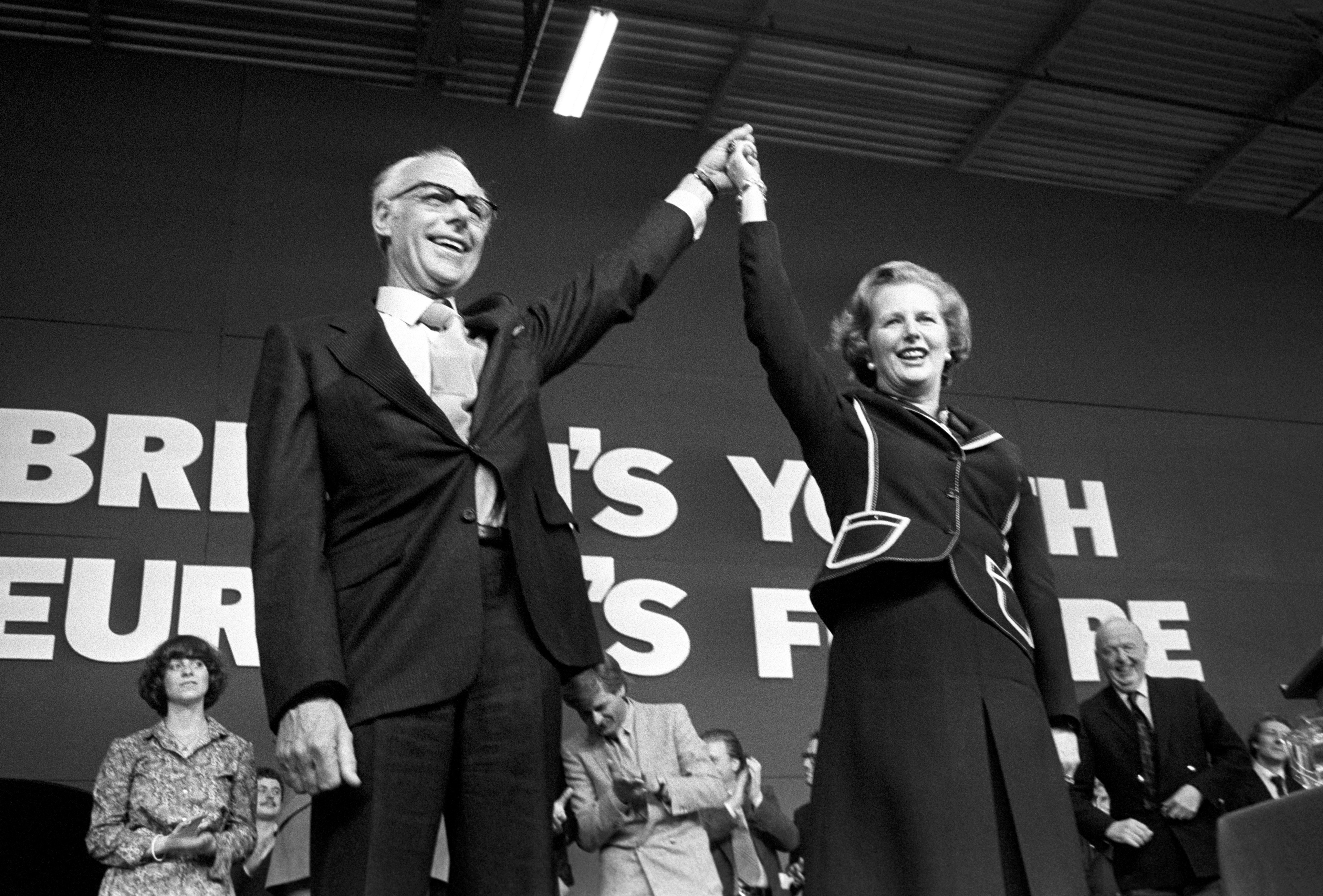 Acknowledging the applause from a 2000-strong audience at the National Exhibition Centre in Birmingham, Prime Minister Margaret Thatcher and her husband Denis when they attended a Young Conservatives' "Youth for Europe" rally.
PA/PA Archive/PA Images

The most staunch Tory opponents of customs union membership and single market participation claim to be the direct descendants, intellectually and ideologically, of which right wing British politician? Again, Margaret Thatcher.

And which politician promoted and defended the idea of qualified majority voting in the EU, so that one nation among many could not hold up a good idea by using a unilateral veto, thereby allowing the EU to impose laws on that country it had not voted for? Yes, Margaret Thatcher.

So consistency is not the Brexiteers' favourite virtue. Meanwhile Labour, said by the Tory right to be under the control of Marxists, is wanting to preserve as much of this Thatcher legacy as possible. Just read her Lancaster House speech of April 1988, where she extolled the merits of the four freedoms of movement across national borders – of goods, capital, services and labour – which became the backbone of the single market.

She advocated "action to remove the customs barriers and formalities so that goods can circulate freely and without time-consuming delays..." She was in an unusual, and as it happened brief, alliance with Jacques Delors, the French Catholic Socialist who was president of the European Commission at the time.

And industry, to whom she addressed this appeal, did respond. In subsequent years British business became ever more Euro-orientated, just as she had urged it to be. The result was a huge expansion in the number of jobs in businesses which took advantage of these four freedoms. Hence Labour's insistence that withdrawing from the single market and customs union will harm British workers.

It is also well known of course that Thatcher changed her mind. She explained she had not presided over the rolling back of the state in Britain, by means of deregulation, trade union reform and privatisation, only to see the opposite happening as a European superstate, under that same Jacques Delors, expanded its regulatory control. The EU of the single market and customs union was supposed to be a level playing field where free market forces would be unleashed and the libertarian paradise of Friedrich von Hayek – not to mention Ayn Rand – would be realised.

This may have appealed to the Anglo-Saxon free market mind, but not to ideologues on the Continent, even on the right. It was they who conceived the social chapter of the Maastricht treaty which tried to address the fear that deregulated free markets could have deleterious affects upon workers, and indeed on society in general. Britain under John Major's Tory Government opted out of the social chapter, an early example of British exceptionalism. At the same time the TUC, coaxed by Delors himself, warmed to the EU and started to see it as not quite the businessmen's club that the left had branded it as, but an institution with a social conscience and a sense of social justice. So left and right swapped sides, just as they have done more recently over Brexit. Hayek and Rand, by the way, regarded the very idea of social justice as absurd.

So let's bear this in mind as Labour now tries to persuade Theresa May to look favourably upon the customs union and single market, and she throws up reasons why not. Reasons I suspect Margaret Thatcher would have disposed of with one swing of her handbag.

If a 'no deal' Brexit is ruled out, what next?

Revocation of Brexit on the horizon?

Could Brexit now be abandoned altogether?

Did May fundamentally misunderstand the Brexit referendum result?

Brexit Watch: What the Conservative Party really needs is a shift to the left