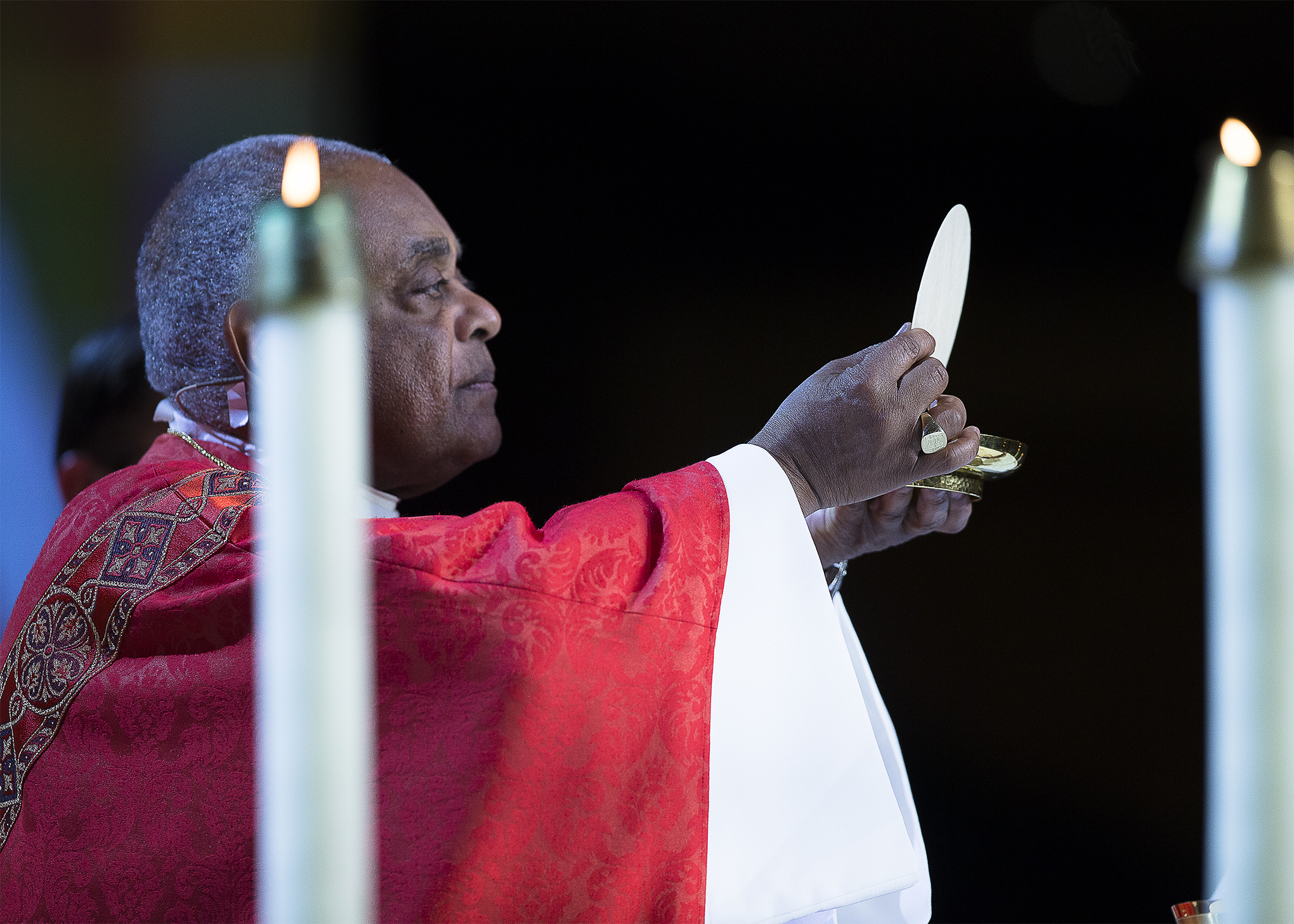 Gregory to be next Archbishop of Washington 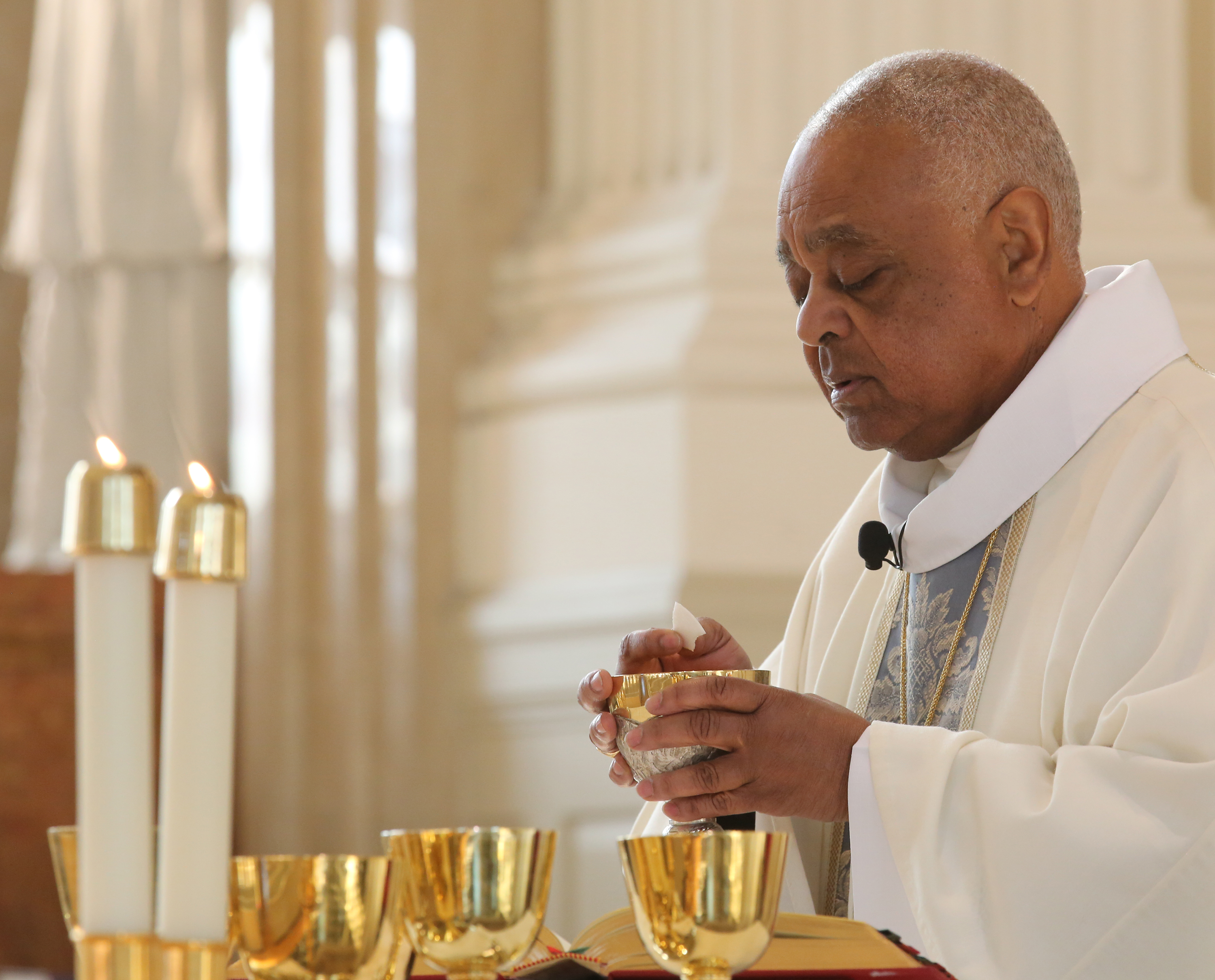 Atlanta Archbishop Wilton D. Gregory concelebrates Mass in the Chapel of the Immaculate Conception at Mundelein Seminary at the University of St. Mary of the Lake in Illinois, near Chicago in this Jan. 3, 2019, file photo
Photo: CNS photo/Bob Roller

There were no smokestacks, nor surprises in Washington with the appointment of Archbishop Wilton D. Gregory as the new head of the Archdiocese of Washington, an announcement that had been leaked days before it became official April 4.

Rumours about his appointment made it to the local pages of the city's main newspaper, The Washington Post, March 31 and though it was no secret, it was still welcome news in a region looking for a new path forward after months of revelations of decades-old sex abuse allegations involving its past archbishop, former Cardinal Theodore E. McCarrick, and questions about what Cardinal Donald W. Wuerl, his successor, knew about them.

"There are a lot of wounded and angry Catholics here who are looking for episcopal leadership that is honest and humble. Archbishop Gregory is known for being a pastor, someone who can build bridges," said John Gehring, Catholic program director for the Washington-based nonprofit Faith in Public Life.

"That's a good combination for a person expected to come and navigate an archdiocese that, under the best of circumstances, is challenging but is really filled with a lot of raw emotions right now, given everything that's happened here."

Washington Catholics like Gehring have been reeling since last year when the archdiocese made public past accusations that former Cardinal McCarrick, who was archbishop of Washington from 2000 until 2006, had molested minors and possibly abused seminarians at various times and places during his 60 years as a priest. He has always proclaimed his innocence. The Vatican stripped McCarrick of his clerical status Feb. 16.

"Those of us who knew (then) Cardinal McCarrick, for example, or were involved with him in social justice efforts ... I was just gut-punched finding that out then," said Gehring, recalling the developments of the past few months. "This is an archdiocese in real need of healing after the abuse crisis hit here in a very personal way."

But Gehring and others see the 71-year-old Archbishop Gregory, most recently the archbishop of Atlanta, as the human balm needed to bring about the process of healing that Washington needs in the wake of doubts, distrust and questions that remain about McCarrick and criticism of what Cardinal Wuerl might have known about accusations involving his predecessor.

Initially, he said he didn't know about such accusations, but earlier this year Cardinal Wuerl said he'd had a "lapse in memory" and remembered that he knew about a "14-year-old accusation of inappropriate conduct" but had forgotten about it.

In a Jan. 15 letter, he said he accepted personal responsibility and apologized "for this lapse of memory." "There was never the intention to provide false information," Cardinal Wuerl wrote.

Archbishop Gregory, set to become Washington's first black archbishop, has served in metropolitan and ethnically diverse areas such as Chicago and Atlanta, served as president of the U.S. Conference of Catholic Bishops from 2001-2004, a time when the U.S. church first faced publicly, and on a grand scale, the sex abuse scandal by priests, just months into his presidency.

He helped implement the "Charter for the Protection of Children and Young People," a document that outlines procedures for efforts for child protection and victim assistance in the U.S. church, participated in the bishops' Ad Hoc Committee Against Racism, as well as served on the Committee on International Policy -- among some of his most notable responsibilities.

Sister Joanna Okereke, of the Secretariat of Cultural Diversity in the Church for the USCCB, who has worked with Archbishop Gregory in various capacities over 12 years, said his professional experience, along with his warm style as someone "who extends pastoral outreach to people in the peripheries," will serve him well in a region like Washington, where contact with a widespread and complex flock of about 659,000 Catholics is as important as being political savvy.

"People love him," she said. "I am so happy that he's coming to us. He's down to earth. He pays attention. He listens."

One of example of how he listens, said Gehring, is that when faced with public controversy in Atlanta about moving into a $2.2 million home in 2014, he didn't go into hiding.

"He got a lot of heat for it," Gehring said. "But he didn't get defensive about it and he came out with a contrite and humble response and said, 'My critics are right.' He took it to heart."

He moved to a more humble residence, sold the home and said he recognized that the new pope, who had been elected in 2013, had set an example of how prelates should act and live, referring to Pope Francis' decision to take up residence in a room at a Vatican hotel for clergy and other religious visitors instead of the lavish papal apartment.

"How he handled being criticized for that move is reflective of how thoughtful he is as a leader, and I think that's something that struck me," Gehring said about Archbishop Gregory.

For Sister Okereke, a member of the Congregation of the Handmaids of the Holy Child Jesus, his listening has extended to paying attention to the troubles faced by immigrant communities whom some ignore but one that the church in Washington and elsewhere must pay attention to, she said.

"In this metropolitan area, we have so many communities," she said. "Migration has really made the face of the church in the United States look different and it's growing. I know he will bring his gifts and include all of us."

Gehring said he hopes one way he will express those gifts is by speaking out in defence of others.

"We're living in a divided country and a divided church," Gehring said. "I guess my hope is that Archbishop Gregory can use his prominent pulpit to both speak truth to power when it comes to injustices like racism, but also bring people together and it's not easy to do both those two things at the same time."

Though a white archbishop can write a pastoral letter on racism, "an African American archbishop can speak from the depth of his own experiences," Gehring said, and in a time when white nationalism has newfound energy, and not too far from Washington, "his very person can offer a kind of counterpoint."

For Sister Okereke, the opportunity to provide a "new face" is enough to breathe fresh air into a Catholic community that has been suffering under the shadow of the church's most recent sex abuse scandal for almost a year.

"He comes with a new face, that new face should be able to calm the situation down, at least bring a difference face to what's already happening here," she said.

He also comes with the experience of having faced a similar situation before. Shortly after becoming president of the U.S. bishops' conference, the 2002 sex abuse scandal exploded under his watch. A number of bishops reportedly approached him, according to a 2003 Catholic News Service story, and each told him they didn't wish to have his job for anything.

His response: "And I wouldn't give it to you for anything."