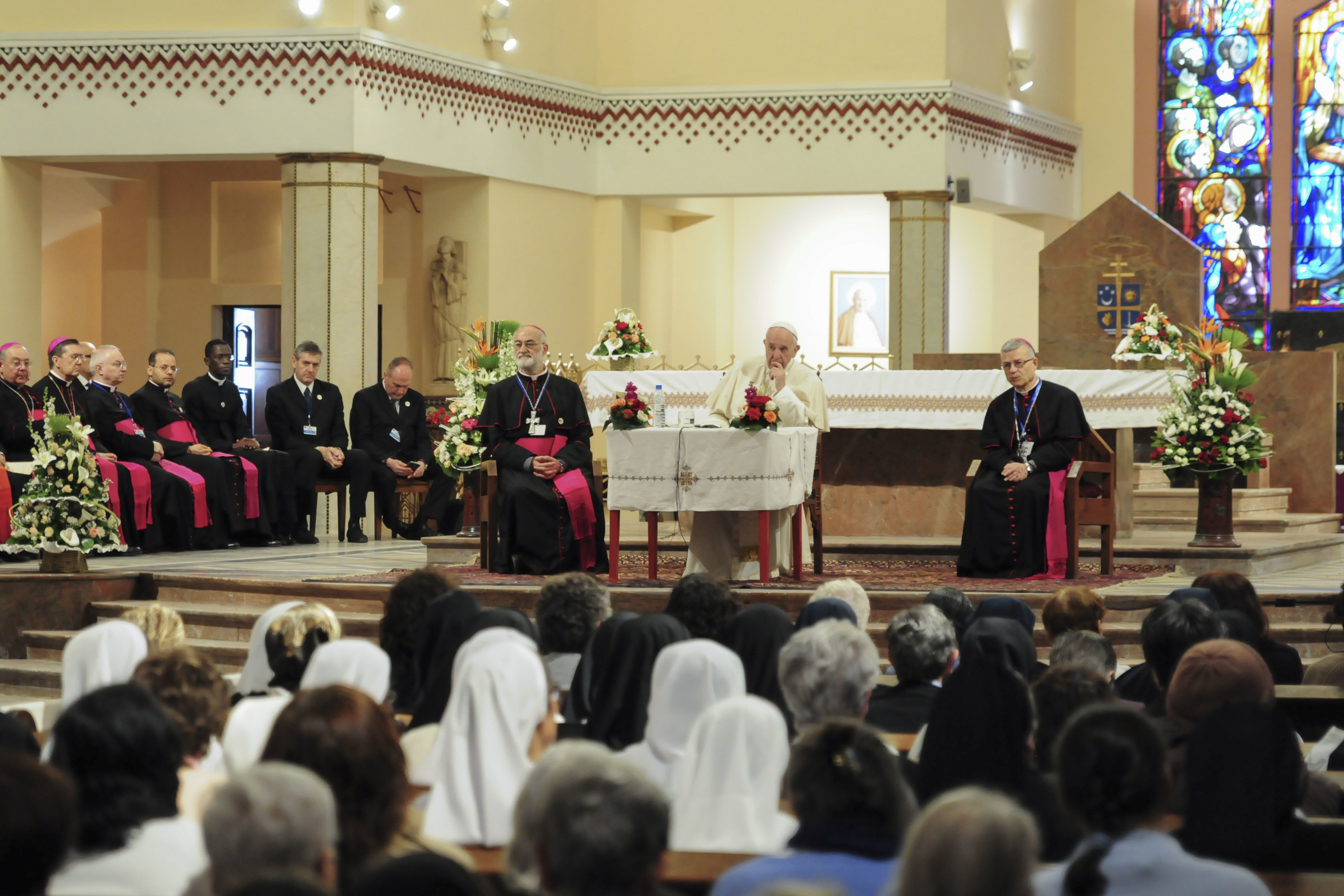 Francis told journalists that the proposals were “too much like that of an organisation, methodological” 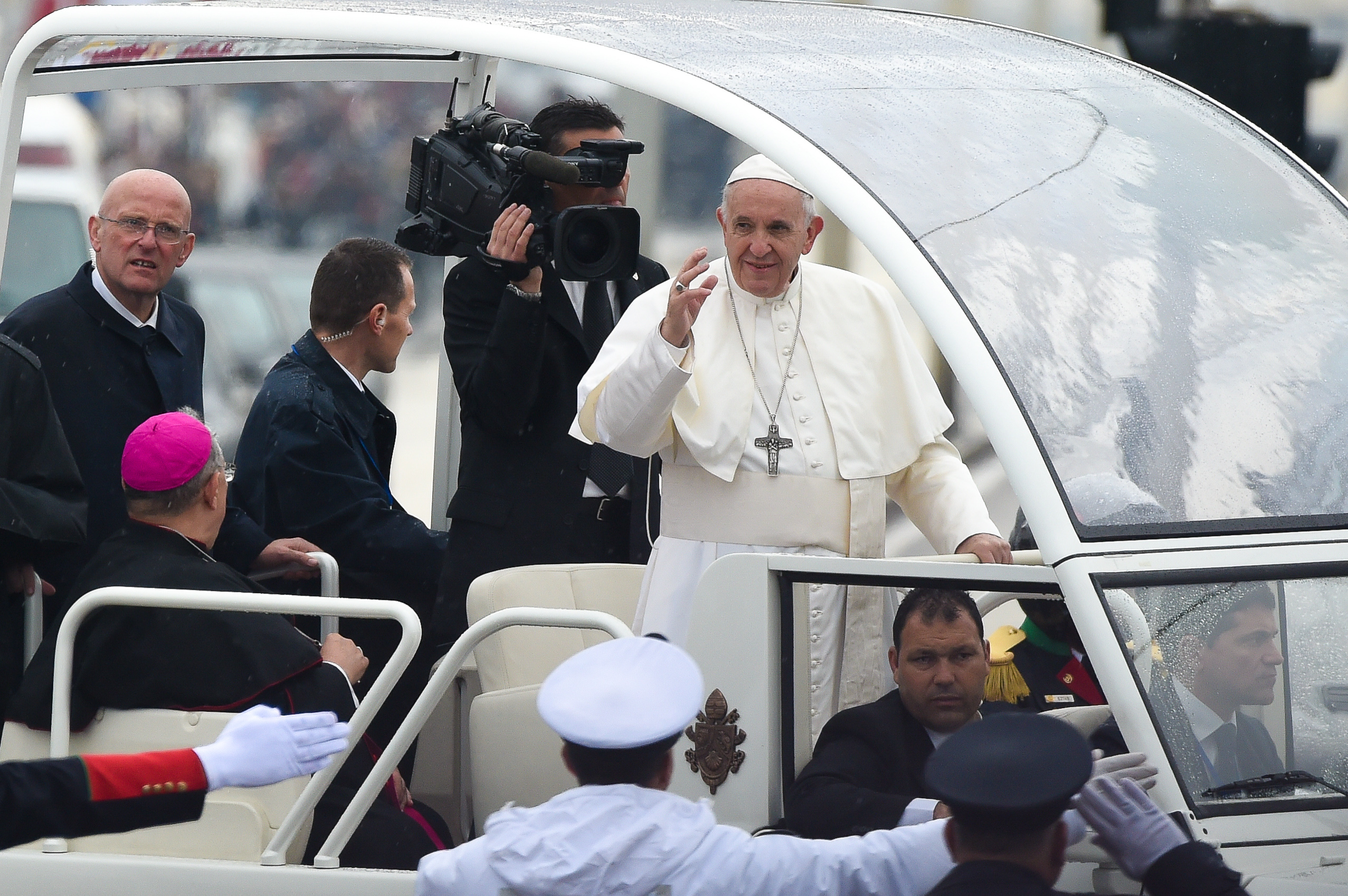 Pope Francis has challenged the United States bishops conference on their strategy for dealing with clerical sexual abuse.

The Pope suggested the US bishops had adopted a mentality of a self-governing congregationalist church detached from Rome.

During a gathering last November Cardinal Daniel DiNardo, President of the US bishops conference, stunned some of his fellow bishops with the news that the Holy See had ordered them not to vote on a series of proposed anti-abuse measures.

These included a code-of-conduct for bishops and lay-led commissions to judge bishops, an area of authority that Catholic theology and practise reserves to the Pope. As a result, the Vatican asked the bishops to delay their vote.

It later emerged, however, that the cardinal had sent through the legally problematic proposals to Rome just four days before the bishops were due to meet in Baltimore to vote on them.

Francis told journalists that the proposals were “too much like that of an organisation, methodological” and they had inadvertently lacked a spiritual dimension.

While the Pope stressed the laity must be involved in responses to the abuse crisis, he said the Church needs a multi-pronged approach that requires both practical and spiritual steps.

Sexual abuse and child pornography, Francis stressed, cannot be understood without the “mystery of evil” adding that to make this point is not “washing your hands” and blaming the devil as he said one recent newspaper article had accused him of doing.

Rather than holding their customary meeting in Baltimore, last November, Francis had urged the US bishops some weeks earlier to go on a retreat and wait until after the February abuse summit in the Vatican before deciding the next steps.

The bishops ended up going on retreat in January, and during the press conference, Francis referenced the letter he had sent them for that gathering which examined the legal, human and scientific aspects of the abuse crisis along with its spiritual side.

Meanwhile, the Pope pointed out that there are still many Catholics who “do not accept” the Second Vatican Council’s teaching on religious liberty restrictions when he was asked about the lack of freedom to change one’s religion in Muslim countries.

He also pointed out that a number of “Christian” countries medical professionals cannot conscientiously object to euthanasia.

Francis said his trips to Morocco on 30-31 March 2019 and to the United Arab Emirates, 3-5 February 2019 demonstrated the Church’s commitment to building fraternity with Islam, and that the work was still in its early stages.

“The fruit will come later,” he said. “But the flowers are promising. We mustn’t give up."

He accepted, however, that among some Catholics, as in every religion, there were those who were “intransigent” and opposed to dialogue, and “who live on bitter memories of past struggles and seek war.”

While answering questions from reporters, Francis also spoke of the fear of migrants being stoked by populist forces and to learn the lessons from history, and remember that Europe was built up by immigrants.

In an implicit reference to President Donal Trump’s strategy on migration, he said that “those who build walls – whether they are with razor-wire or bricks – will end up being prisoners of those walls.”

The Pope also commented on the case of the Cardinal Archbishop of Lyon, Philippe Barbarin, the French prelate convicted following a private prosecution of failing to report abuse. Cardinal Barbarin has offered his resignation as archbishop to the Pope but this was not accepted.

Francis stressed there was a “presumption of innocence” while the appeal is pending and it was important to follow the legal process to its conclusion. “Maybe he isn’t innocent but there is the presumption,” the Pope explained.

The cardinal, he pointed out, had “preferred to take a leave of absence” from the governance of the diocese while the process was ongoing.