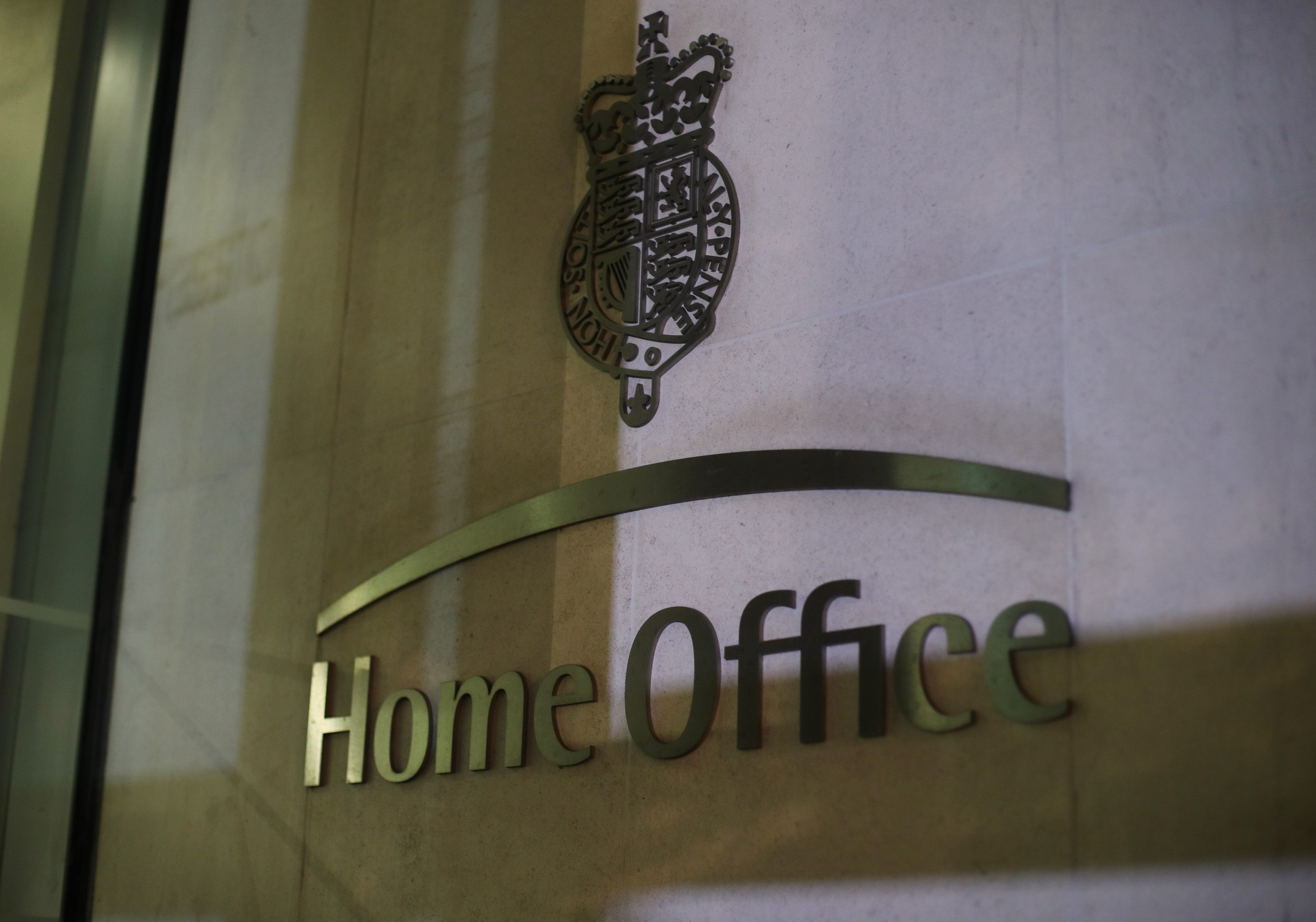 Does Pope Francis not want people to kiss the papal ring?

For Francis, the authority of the papacy does not rest on whether people kiss his ring but on faithfulness to the carpenter from Nazareth 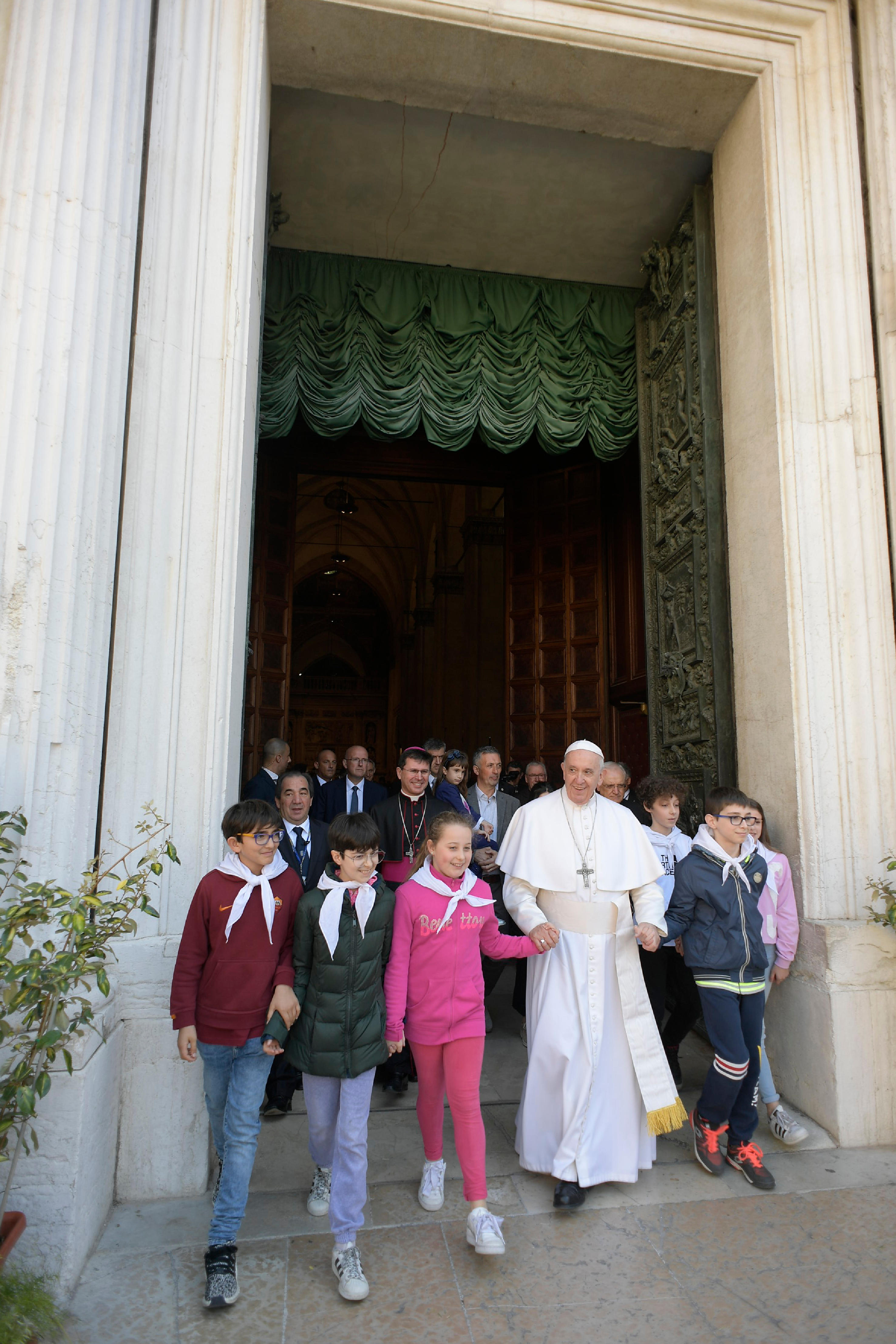 Pope Francis walks with young people during his visit to the Sanctuary of the Holy House on the feast of the Annunciation in Loreto, Italy, March 25, 2019
CNS photo/Vatican Media

There is no mention of it in the Gospels, nor is it a matter of Church doctrine or apostolic tradition. But the question of whether or not to kiss the ring of a Pope has been the subject of intense debate among Catholics after a video of Pope Francis awkwardly withdrawing his hand from some people greeting him at a shrine in Loreto went viral.

The custom of kissing the ring of the Pope, or any bishop, was developed as a way of showing respect for the office that individual held and is also linked to kissing the hands of a newly ordained priest as a sign of respect for the sacraments that he will now bring to the people.

One of the symbols of the papal office is the “Fisherman’s ring” (St Peter, the first Pope, was a fisherman) which dates back the 13th century as it was used to seal documents. Francis only wears the fisherman’s ring for special ceremonies and prefers to wear the one he had as Archbishop of Buenos Aires, in Argentina.

This kissing custom can seem strange to outsiders, but the Catholic faith takes symbolic gestures very seriously and is a sacramental religion which embraces the senses. During Mass the faithful consume Christ’s body and blood in the form of bread and wine; priests use water and oil when they baptise and, next month, on Good Friday, millions of believers will profess their faith by lining up to kiss a crucifix.

There is always a danger, however, of mixing up the essentials of faith with the accruements of the past, and in this case, the focus is over a ritual attached to a time when Popes operated as quasi-monarchs exercising secular power.

A few caveats are needed before the Francis critics jump to the assumption that he is doing away with "yet another" tradition.

In response to the furore, the Vatican says that sometimes the Pope likes the custom and sometimes not, and there is no sign he is going to issue a ruling on the practice (in fact, it was Benedict XVI who told journalist Peter Seewald he had formally abolished the custom although “no-one followed the new protocol”). The shorter viral video from Loreto should also be watched with the longer version which shows a number of people kissing Francis' ring.

There are also practical considerations. It is not uncommon for this Pope to try and individually meet several hundred people in a single day either in the Vatican or when traveling abroad. Waiting for people to bend down to kiss his ring is time-consuming, tiring and limits the number of individuals Francis can meet.

Nevertheless, it is clear that that the natural preference for this Pope is for people to greet him and to maintain eye contact rather than dropping to their knees to kiss his hands. One of the reasons is that he has repeatedly called for Church leaders to maintain a “closeness” to its people, and for the world to develop a culture of  “encounter” - the ring kissing exercise places a barrier to both.

While it is no doubt sincerely intended by those who do it, kissing the ring creates a certain distance and cuts off any chance of talking to the Pope or engaging with him. While defenders of the practice say they are showing respect to the Pontificate, the reality is that it has become a way of reverencing an “idea” of the papacy that is remote and ossified in the past.

It is also ludicrous to imagine that Francis would expect ordinary Catholics to bend their knee before him - in reality, he wants it to be the opposite way around. Straight after his election, the first Latin American Pope stopped cardinals from kissing his hand; he gets down on his knees to wash the feet of Muslims and refugees, and he spontaneously embraces the disfigured and the disabled. When in Loreto Francis also had a moving encounter with deaf people where he spoke a few words in sign language.

What the Pope is continuing is a reform of the papal office which moves it once and for all from a European monarchical model to that of pastoral leader and global statesman. Each Successor of St Peter since Paul VI has made their contribution to this shift.

Pope Paul stopped wearing the papal tiara and using the “sedia gestatoria”, the ceremonial chair which popes were carried on. Both John Paul II and Benedict XVI did not want people to kiss their ring, and Benedict abolished the papal tiara from his coat of arms. Francis' decision to refuse to live in the Apostolic Palace and instead occupy a suite of rooms in the Casa Santa Marta is also part of this change.

The fuss created by the ring kissing has amused those close to Francis who, with the abuse crisis, his reform agenda, geopolitical mission and a weekend trip to Morocco, has more important matters to worry about.

There are also plenty of ways to respect the office of the papacy without kissing the fisherman’s ring, and it's noteworthy that people expressing upset over the Pope’s reticence over this custom showed great enthusiasm in promoting a dossier from a retired papal diplomat that took the unprecedented decision of calling on a Pope to resign.

For Francis, the authority of the papacy does not rest on whether people kiss his ring but on faithfulness to the carpenter from Nazareth who called a simple fisherman to be the rock on which he would build his Church.