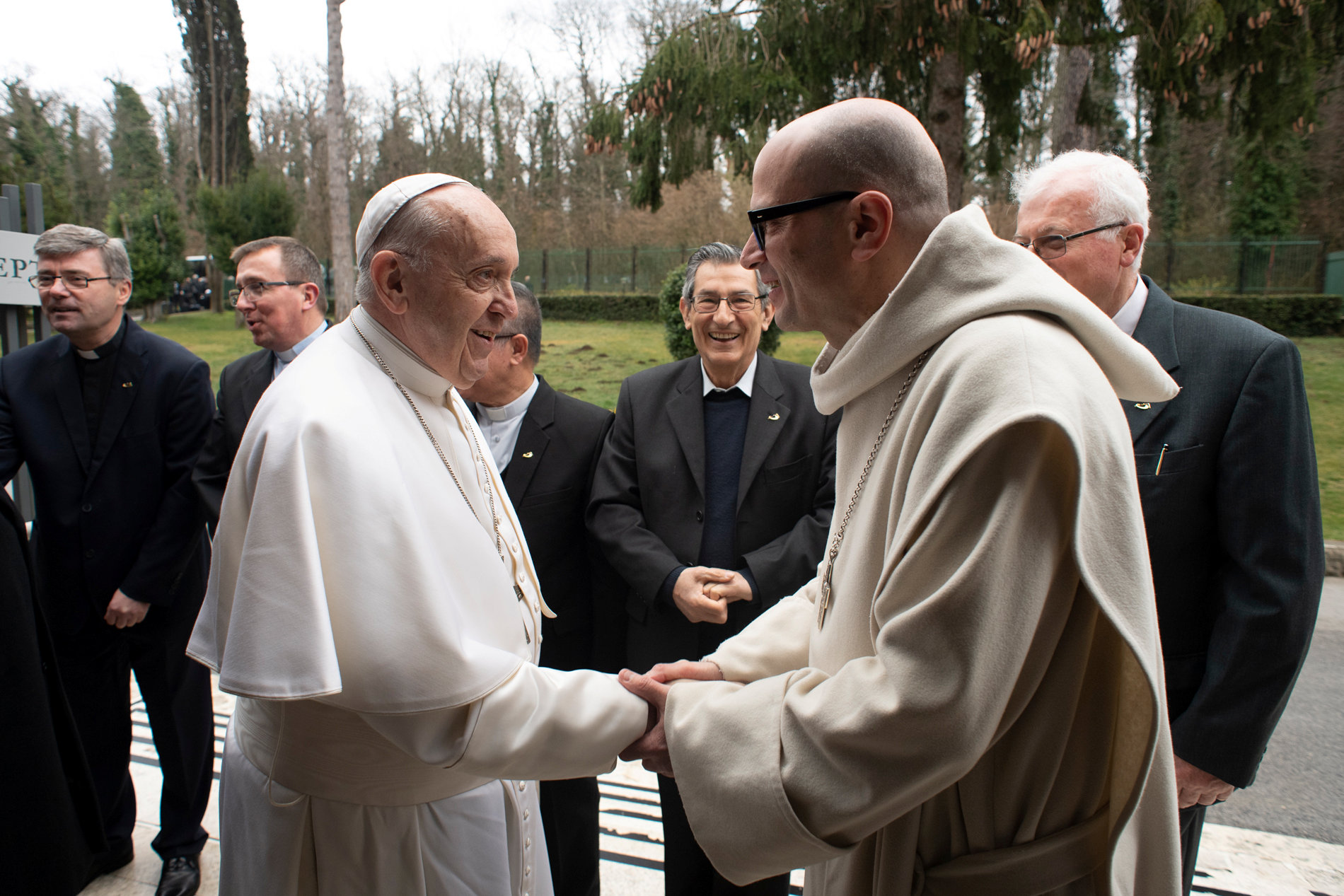 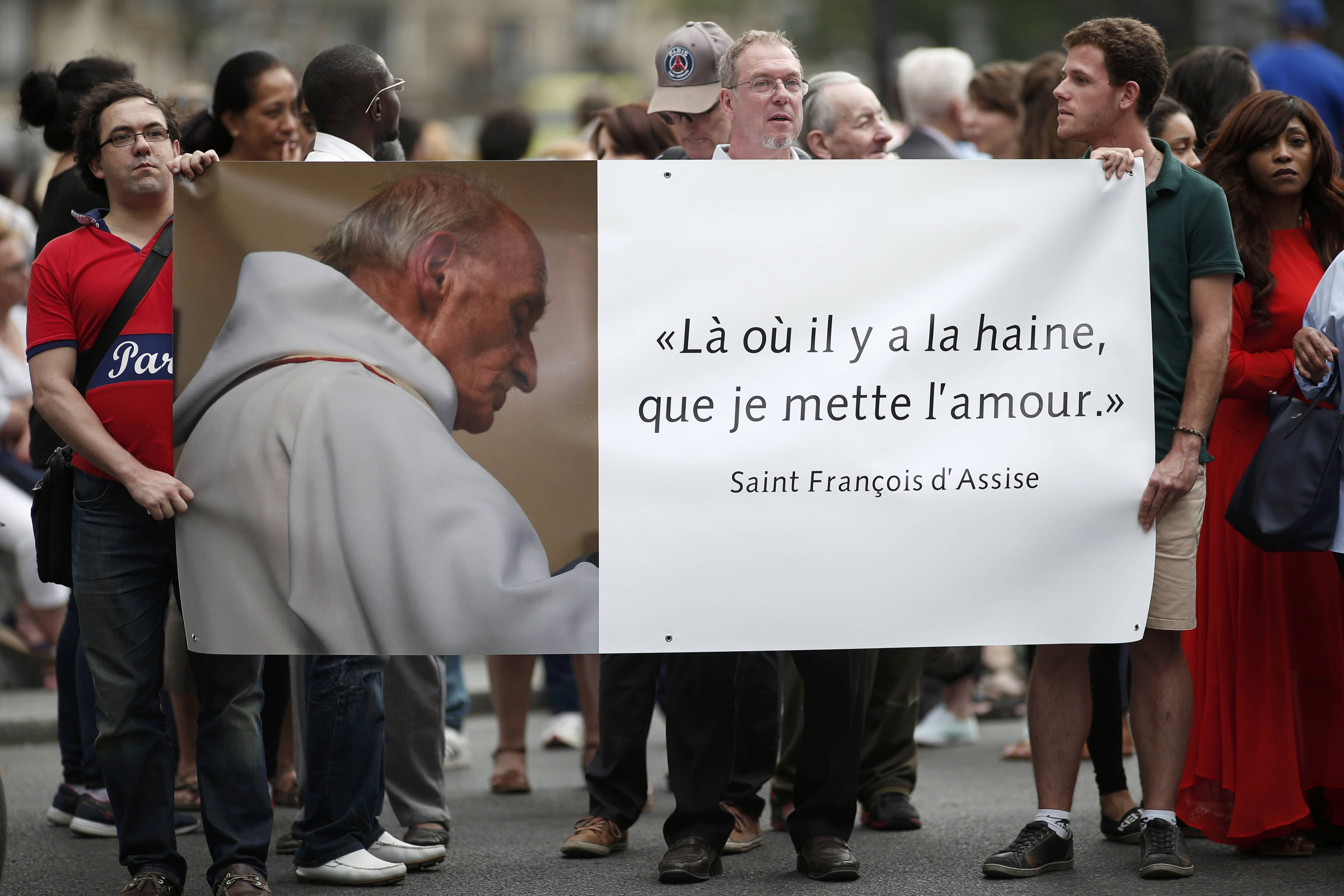 People hold a banner with a picture of French priest Father Jacques Hamel, which reads, "Where there is hatred, let me sow love," after 27 July, 2016 Mass at the Notre Dame Cathedral in Paris

French monitoring groups have cited an increase in attacks on churches and religious sites, with a record 47 documented in February, despite appeals for better protection from the country's Catholic bishops.

The groups' report said 15 vandalism attacks had been registered nationwide during the month, along with 15 robberies, 10 acts of profanation and one torching incident. It added that the worst had occurred at the gothic cathedral of Saint-Denis, near Paris, the historic burial place of French monarchs, which assailants had entered by smashing a historic stained-glass window, before wrecking the organ and choir-stalls.

The report follows growing concern over anti-clerical incidents in France, where Catholics nominally make up around 54 percent of the population of 67 million, according to surveys, but with only a small proportion attending Mass.

In February, Archbishop Roland Minnerath of Dijon held a Mass of reparation at his city's Notre Dame church, two days after its tabernacle was forced open and consecrated hosts scattered. Meanwhile, Bishop Robert Wattebled of Nimes said Catholics had been "hurt in their deepest convictions" after Communion wafers were desecrated with excrement at the Notre-Dame-des-Enfants church, adding that Church leaders now faced "practical questions" over how to keep churches open without "excessive risks of vandalism".

The executive director of a Vienna-based Observatory on Intolerance and Discrimination against Christians in Europe, which is linked to the Council of European Bishops Conferences (CCEE), told The Tablet that France was currently the "worst country in Europe" for "secularist, anti-religious intolerance", and was facing growing problems with anti-Christian actions by anarchist, feminist and Islamist movements. "Although the motives aren't always known, many are clearly aimed against Catholics - and while there's enough will and resources to protect other frequently targeted sites, this doesn't appear to extend to churches", said Ellen Fantini, whose Observatory listed over 160 "brutal attacks" and discriminatory acts against Christians in France in a 2018 survey, a third of the European total, including the savage July 2016 killing of Fr Jacques Hamel by Islamists in a Normandy church. "Anti-Christian attacks are better documented here than in other European countries, but the media pays little attention to them".

Catholic Church leaders have repeatedly urged better protection of Christian beliefs and practices across Europe amid complaints of prejudice and hostility, which are also monitored by the 54-country Organisation on Security and Co-operation in Europe. In a January resolution, the European Parliament called on European Union institutions to "step up their commitment to religious freedom" by enhancing security for faith communities.