Pope: God is purifying the church with 'unbearable' pain of abuse scandal

God is working 'to restore the beauty of his bride [the Church], surprised in flagrant adultery,' the pope said 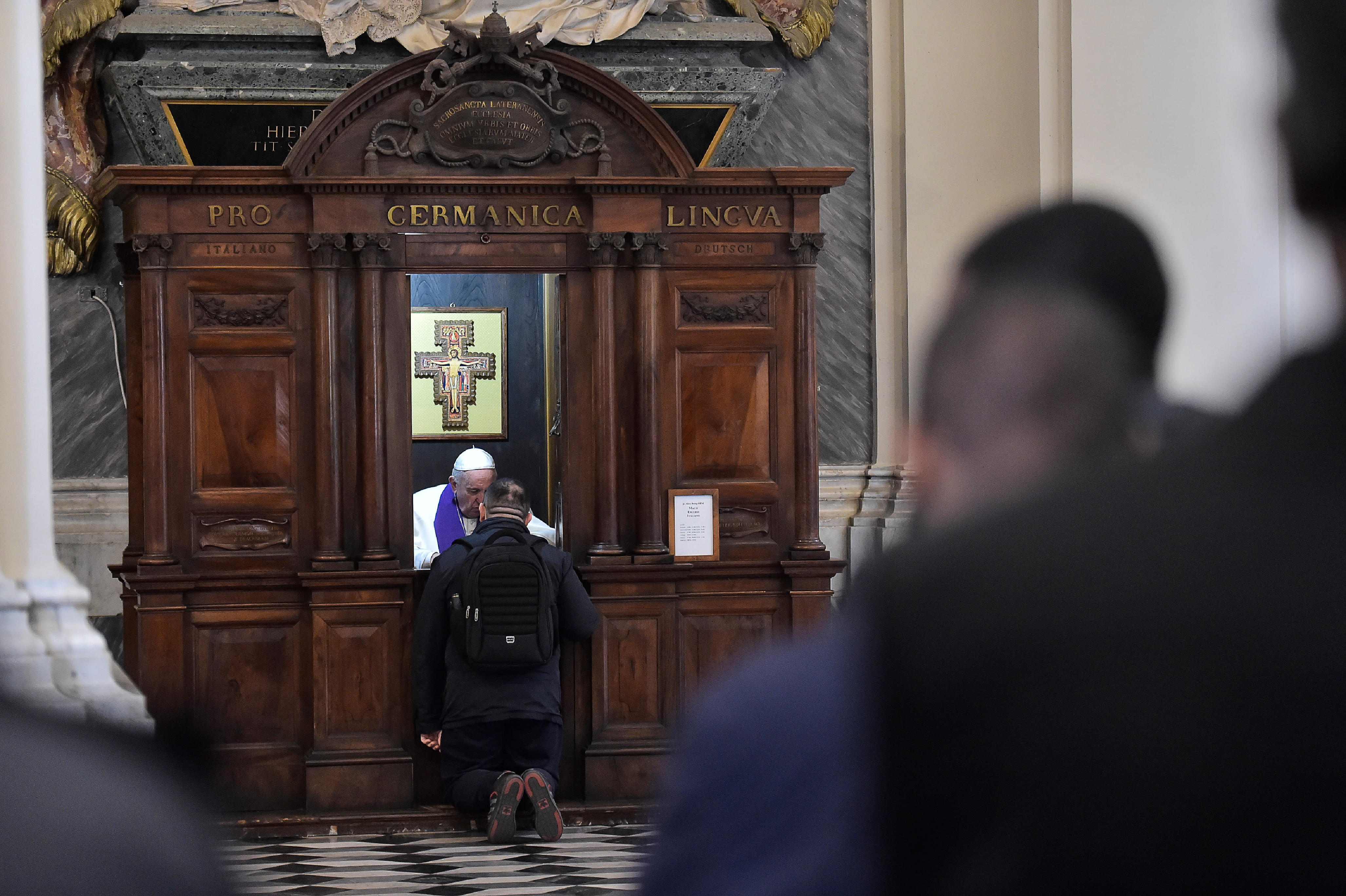 The clerical abuse scandal has caused everyone in the Catholic Church "pain and unbearable suffering," Pope Francis said, but it also is a call to repentance and the renewal of the church.

"Our humble repentance, which remains silent between our tears for the monstrosity of sin and the unfathomable greatness of God's forgiveness, this, this humble repentance is the beginning of our holiness," the pope told priests from the Diocese of Rome.

Pope Francis' annual Lenten meeting with the priests on 7 March began with a penitential prayer service and individual confessions at the Basilica of St. John Lateran, the cathedral of the Diocese of Rome.

In a long, impromptu talk on priesthood and forgiveness, the pope acknowledged the clerical sexual abuse crisis and the particular way it had impacted priests.

"Sin disfigures us," he said, and it is "humiliating" when "we or one of our brother priests or bishops falls into the bottomless abyss of vice, corruption or, worse still, of a crime that destroys the lives of others," like the sexual abuse of minors does.

Pope Francis said he is convinced the abuse scandal is ultimately the work of the devil.

"Still, do not be discouraged," he told the priests. "The Lord is purifying his bride (the church) and is converting us all to himself. He is putting us to the test so that we would understand that, without him, we are dust."

God is working "to restore the beauty of his bride, surprised in flagrant adultery," the pope said.

Focusing much of his talk on the Exodus story of God forming his people, teaching them, castigating them and leading them to the promised land, Pope Francis insisted that God must teach his people humility so that they recognise he is God and they are totally dependent on him.

When the ancient Israelites made the golden calf, he said, "a patient process of reconciliation began, a wise pedagogy through which God threatens and consoles, makes them aware of the consequences of the evil done and decides to forget their sin, punishes the people and heals the wounds he inflicted."

God threatens to abandon his people, and he lets them experience some of what it might mean to be without him, the pope said. "We've experienced this, these awful moments of spiritual desolation."

But the Lord always returns, allowing people to learn to fear their own powerlessness, their slyness, the way they say one thing and do another, he said.

Confession, for priests like for any Catholic, is a moment of coming face to face with one's own weakness, being honest and saying out loud how one has sinned, he said. It's like removing the mask or makeup people usually wear so no one sees their faults.

Pope Francis told the priests they should not expect to be always understood, accepted and appreciated, but "let us believe in the patient guidance of God, who does things in his time, opening our hearts and placing ourselves at the service of his word of reconciliation."