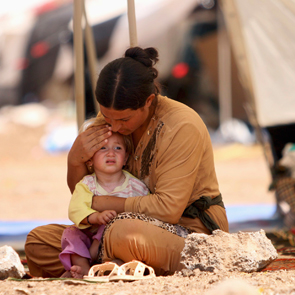 Egan: Synod on the Family 'will not radically change church teaching'

Hopes that the forthcoming Synods on the Family will make radical changes to doctrine may be premature, a bishop warned.

Bishop Philip Egan of Portsmouth said it was “no secret that many progressive-minded Catholics are expecting fundamental changes in doctrine and discipline” as a result of synods in Rome next month and in October 2015. He also noted that Pope Francis’ desire to have a frank and open discussion about church teaching on family and his desire to show pastoral care of those on the margins had only increased those hopes. Moreover, he said, the media had often drawn attention to the issue of admitting those who had been divorced and remarried to Holy Communion.

But, he said, the Pope’s vision of the Synod was “much broader”. “What is at issue is the Christian vision of the family,” Bishop Egan told delegates to the Society for the Protection of Unborn Children (SPUC) at their annual conference earlier this month.

It was worth remembering, he said, that “Catholic teaching tends to develop organically, even when there is the appearance of abrupt change … if the Synod Fathers were to propose seemingly radical departures from traditional doctrine and discipline, the challenge would be to demonstrate their authenticity by showing how, despite any inherent discontinuities, the proposed developments do not vitiate previously held positions.”