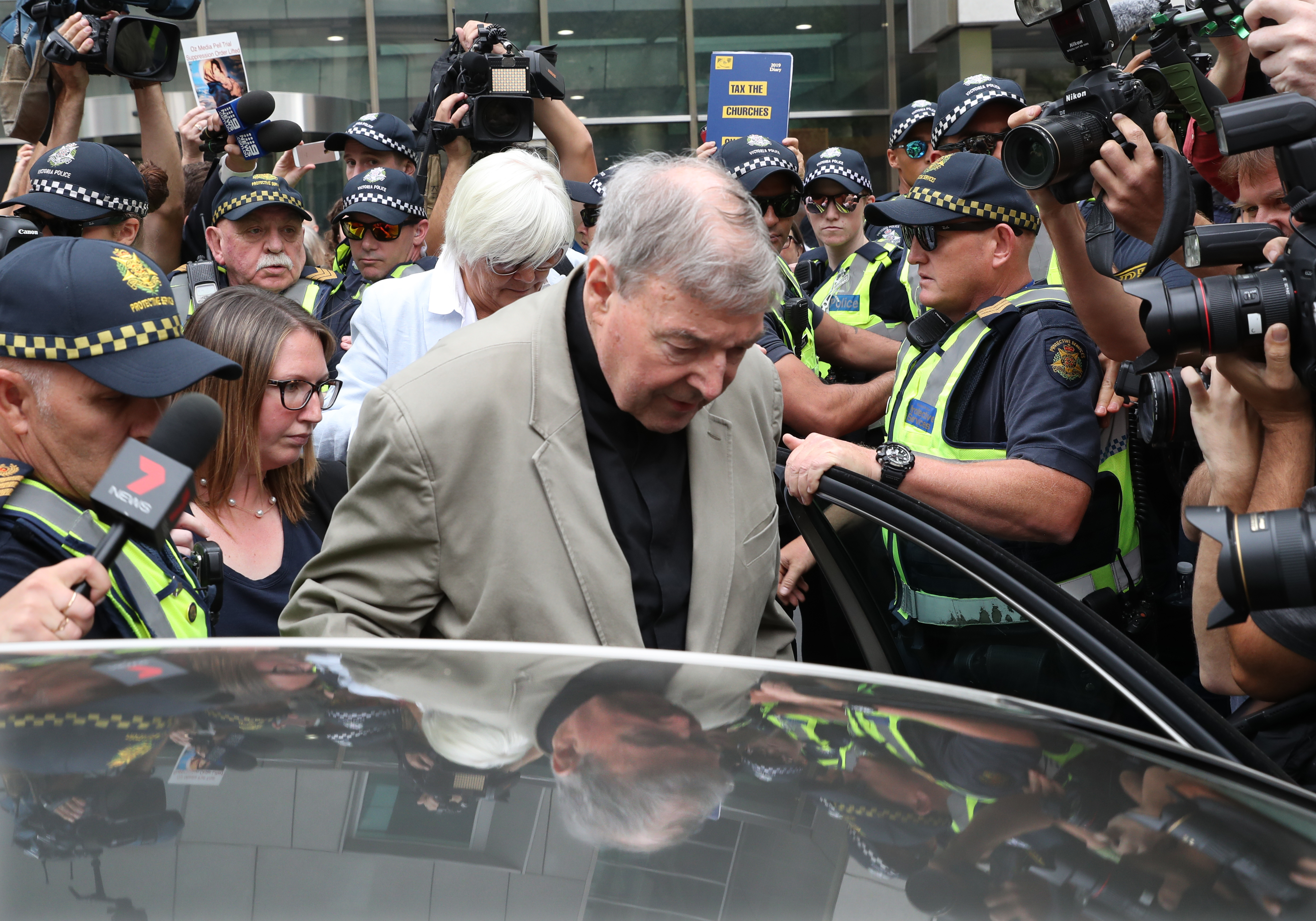 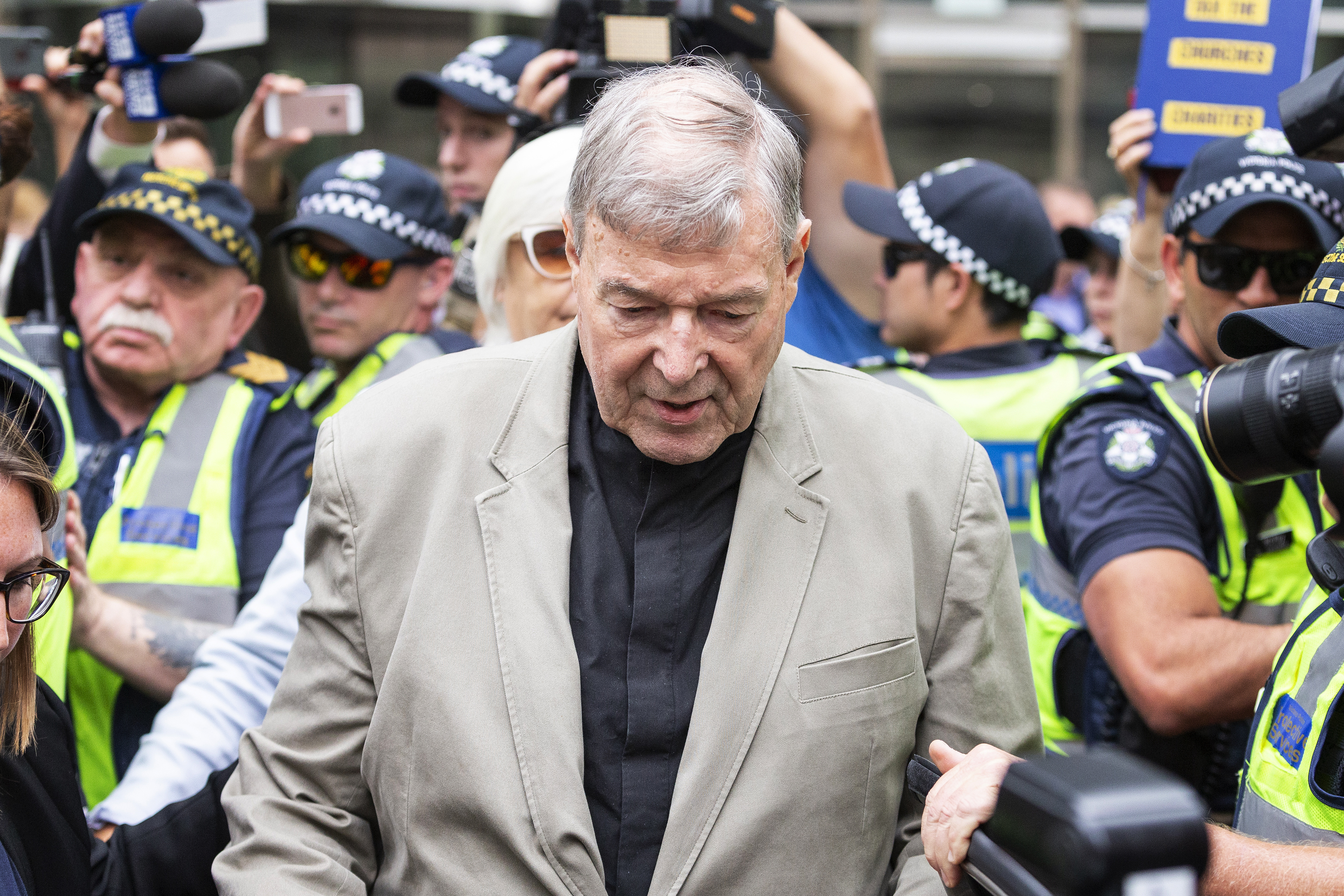 Cardinal George Pell has been found guilty of sexually assaulting two boys after a trial in Melbourne, making him the highest-ranking figure in the Church to be convicted of abuse.

The verdict was handed down in December but could not be reported until Tuesday 26 February due to a suppression order put in place to prevent prejudicing a second trial for abuse allegations that Pell was facing concerning the abuse of minors at swimming pool in Ballarat.

Due to a lack of evidence the second trial is no longer going ahead, with a judge ruling that the suppression order should be lifted so that the earlier conviction could now be made public.

The President of the Australian Bishops' Conference, the Archbishop of Brisbane, Mark Coleridge, said news of the cardinal's conviction had shocked many across Australia. The Church respected the legal system, he said, but he added that everyone "should be equal under the law" and that "the same legal system which delivered the verdict will consider the appeal that the cardinal's legal team has lodged. Our hope, at all times, is that through this process, justice will be served."

The 77-year-old Australian cardinal has pledged to appeal the verdict and has always maintained his innocence in the case. He was due to be remanded in custody at a later hearing. The Vatican’s treasurer was found guilty by a unanimous jury of eight men and four women at a retrial: the first trial ended with a hung jury.

A Vatican statement on 26 February noted the "painful news" of the cardinal's conviction but said it had the "utmost respect for Australian judicial authorities."
It added that after his return to Australia to defend himself against the allegations, the cardinal had been removed from public ministry and contact with minors
Pope Francis, the statement explained, confirmed those restrictions would remain in place until "the outcome of the appeal process" and a "definitive assessment of the facts."

News of Pell’s conviction comes days after a Vatican anti-abuse summit and ex-cardinal Theodore McCarrick’s removal from the priesthood and underscores how the waves of the clerical sexual abuse scandal are reaching some of the Church’s highest ranking and most influential figures.

While both Pell and McCarrick sat at different ends of Catholicism’s conservative-progressive spectrum, both wielded the levers of clerical power and influence, and were political players in their home counties and internationally.

If the conviction is upheld, the Australian prelate faces a canonical trial, meaning he could follow McCarrick and be removed from the clerical state, although this is unlikely to happen before the appeals process is exhausted. Pell’s five-year term as Prefect of the Secretariat for the Economy expired on 24 February, the day the abuse gathering ended. He has already been stood down from the Council of Cardinals, a body of papal advisers.

The prospect of Cardinal Pell being stripped of clerical titles and privilege is an extraordinary turnaround of one of the big beasts of English speaking Catholicism.

A darling of the Church’s traditional wing, Pell was an outspoken defender of doctrinal orthodoxy, whose supporters even whispered about as a contender for the papacy. Always ready for debate and argument, the former Archbishop of Melbourne and Cardinal Archbishop of Sydney was the combative public face of Catholicism in Australia for decades.

In 2014, the Pope brought him to the Vatican to oversee a shakeup of the Holy See’s finances, a role he took on with gusto and saw him undertake some important reforms.

His abrasive and uncollegial style, coupled with a determination to see the Vatican to follow the practices of multinational corporations on finances, created opposition. In 2017, he returned to Australia to face the sex offence charges.

The cardinal was found guilty of five charges, which the prosecution said took place at St Patrick’s Cathedral, Melbourne between 1996 and 1997, including one of oral rape of a child under 16 and four of indecent assault involving a child under 16.

Pell vigorously denied the claims. Although he didn’t take the stand, in a video of his interview with police detectives he calls the allegations an “outrage.” He hired Robert Richter, a combative and skilled barrister, to lead his defence.